Frustrated by rental experiences, Hart Togman moved to Guelph to change the face of the rental market
0
Sep 10, 2019 9:00 AM By: Anam Khan 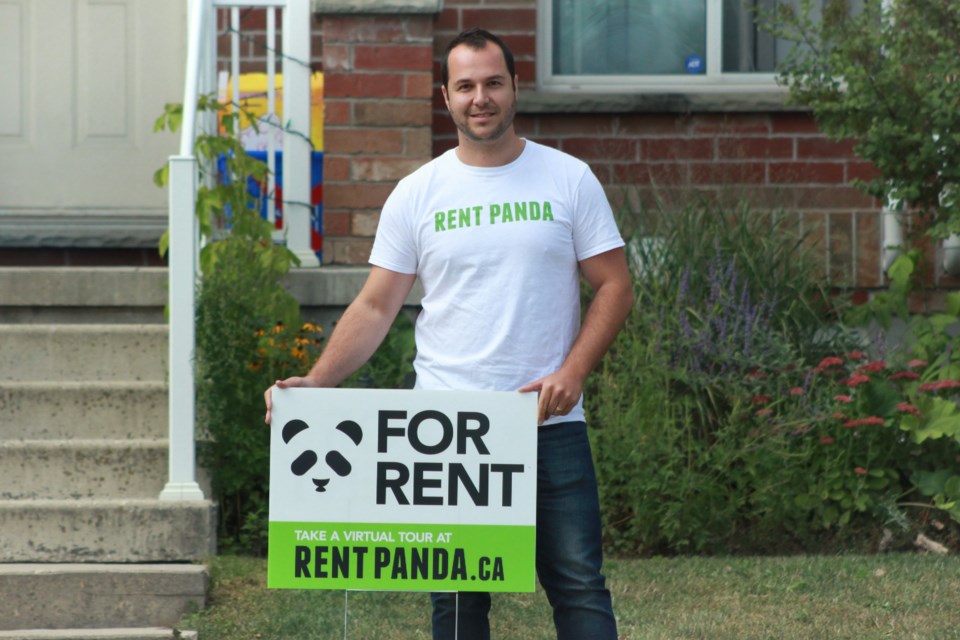 Hart Togman holds a sign in front of a home he helped find a tenant for. Anam Khan/GuelphToday

A local man is on a mission to ease the rental crisis in the city by offering a community-oriented approach toward renting homes.

New to Guelph, Hart Togman launched Rent Panda - a free online platform where tenants and landlords can find the right housing match - in Guelph after he and his brother Richard personally experienced frustration relating to rent in seven Canadian cities.

Togman says everywhere he looked he noticed low-quality images, lack of transparency and no unified system which was worsened by constant scams that ultimately made the entire experience a nightmare.

He says such experiences often result in individuals resorting to classified web sites to find tenants and landlords.

“There's just a better way we can do it rather than classifieds. Part of it is understanding what this city needs,” says Togman.

“Toronto is a crazy real estate environment so when you look at a city like Guelph, Thunder Bay and even Kitchener and Waterloo, it still has that transient population that needs housing that relies on Kijiji and Craigslist to primarily find housing.”

Born and raised in Toronto with a marketing background and a co-founder of Summit for Sickkids charity, Togman was ready to take on the role of bringing trust and transparency in the rental market in Guelph and made the decision to move here six weeks ago to kick start Rent Panda in Guelph while his brother takes care of the market in Thunder Bay.

He says Rent Panda is not geared toward the ‘big property management guys’ and focuses on mom and pop shops to offer custom-tailored services to their clients in the community by personally meeting people.

Each home and landlord listed on the web site in Guelph is personally verified by Togman to combat scams. Once verified, a professional photographer takes photographs of the property.

He says the rental industry has been ignored for a long time which results in renters being considered ‘second class’ especially in a community-oriented city like Guelph.

“We want to meet people. We want to look in their eyes and know who they are, know that they are good landlords, good tenants, for the community of renters here and that's something that I found lacking here,” says Togman who aims to bring people in the community together to offer a more collaborative service to build a better system in the whole city.

“There's a lot of realtors and a lot of people focused on the homes sales industry but when you think about rentals its kind of the ugly duckling of real estate.”

He says often, there is a stigma associated with renting because it is always seen as a stepping stone towards buying a home when that's not the case for everyone.

“Everything to do with buying a home, the numbers are bigger so there are more professional services that are catered to you. With that professionalism, you feel comfortable and you feel catered,” says Togman adding that his goal is to bring that level of comfort to the rental market by catering services directly toward people looking to rent.

“My parents would tell me one rule of don't get into cars with strangers and now there's an app that tells me to get into a car with a stranger and i can do that because of the trust that's built on the app and built on the crowdsource reviews and so our whole philosophy.”

The service on the platform is free for anyone looking for a home to rent or renting out their home. It also has a secure messaging system to prevent information fraud.

There are also added value services for landlords such as a 360 video, which offers an all-around view for homes and tenant screen tools where a third party conducts a background check with information about the tenant’s past tenancy and employment information so the landlord knows who he/she is renting to.

“Its things you don't think about or if it's your first time renting and you're new to the city you come in and you meet someone and it's this very sort of cold experience and having a checklist and having the right tools just makes it more or an amicable experience and gives you that warmth and comfort,” says Togman.

Togman says it's time to demystify the rental process for people in Guelph because people are fed up with the way things are.

“We really want people to know that were a local company with real people behind it,” says Togman.

Currently, Rent Panda is in the process of conducting landlord and tenant workshops throughout the city which can be followed on their Facebook page.