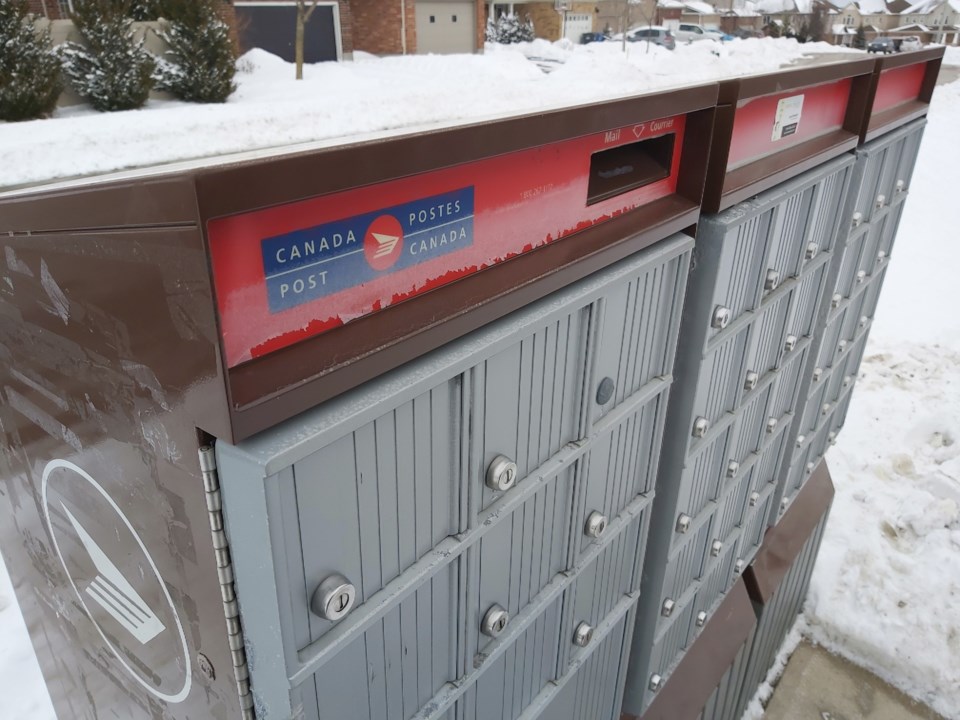 Guelph voters will be able to mail in their ballot for the 2022 municipal election. City council unanimously approved the remote voting option during a special meeting on Wednesday evening.

“I do believe that the mail-in ballots provide a fair balance between accessibility and security,” said Coun. Phil Allt, who moved the staff recommendation in favour of mail-in ballots, calling the paper trail “paramount” to the process and public confidence.

“We have a long way to go before online balloting is secure and comfortable. It’s not banking. It’s not online dating. It’s democracy.”

Striking that balance is what it’s all about, clerk Stephen O’Brien told council early in the meeting, while explaining the staff recommendation to use mail-in ballots as a remote voting alternative rather than holding an online election.

Though online voting offers a “most customizable experience” – given the ability to change font sizes, etc. – O’Brien noted their credibility can be called into question, as there are no physical ballots to conduct recounts or audits. That ability, he noted, is one of the legal principles of the Municipal Elections Act.

However, by providing mail-in ballots to those who request them (pending verification they are an eligible voter), that paper record is then available if needed.

“I think it’s a good step for accessibility,” said Coun. Dan Gibson of mail-in voting, adding he has more confidence in online voting than others on council but he worries about problems with the voters list. “It’s regretful that we don’t have online voting in 2022, but hopefully by 2026 the game will change again.”

During the 2014 municipal election, online voting was allowed during the advanced voting period. However, staff made a "number of corrections" to the voters list that made administering online voting more difficult, explains O’Brien’s report to council.

Since then, provincial legislation has ordered the shift of responsibility for voters lists from the Municipal Property Assessment Corporation to Elections Ontario, which is expected to address deficiencies in the lists.

But that hasn't happened yet.

In a report titled Online Voting in Ontario’s Municipal Elections, compiled following the 2018 municipal elections that saw several communities employ the method, the authors found some voters were re-identified based on log-in credentials that used date of birth.

Report co-author Aleksander Essex, associate professor of software engineering at Western University with a specialization in cybersecurity, was among the delegates on Wednesday who urged council not to adopt online voting at this time.

“This is ultimately a conversation between democratic principles being upheld or not upheld,” he said, noting he was contacted by some unsuccessful municipal candidates following the 2018 election who felt they had won but because of the use of online voting, there wasn’t a paper trail and they couldn’t prove it.

In response to a question from Coun. Dominique O’Rourke, Essex explained online voting security is “fundamentally different” than that required for banking, paying taxes or shopping. Chief among them is that voting comes with a level of secrecy in the transaction that doesn’t exist with those other processes.

“It’s very different,” he said. “The city isn’t supposed to know how you voted, but the bank does know where you spent your money.”

Several delegates urged council not to go with the online option.

“I’m glad that online voting isn’t being considered,” said David Josephy. “You need a paper trail, not just a series of ‘1’s and ‘0’s on a computer, especially if that computer belongs to a private company.”

Not everyone feels the same way.

Brad Howcroft supports the use of mail-in ballots but prefers online voting as an option for people who can't get out to vote in person.

“Guelph has always been a leader of change,” he said. “The time for change is now.”

Howcroft has cerebral palsy and doesn’t like the idea of someone taking his ballot to the mailbox for him.

“With online voting, I can do it from my house without any help at all,” he said.

A majority of people who participated in a telephone survey last fall, considered statistically relevant, and an online survey favour internet voting as a remote option. It was the top choice of 65.1 of respondents, followed by mail-in ballots at 21.05 per cent and phone voting at 14.64 per cent.

Internet voting also saw the lowest number of respondents with security concerns, as 75 per cent saying they don’t have any, with 69 per cent of phone voting and 65 per cent via mail.

“Guelph takes community, public consultation very seriously, as it should,” said Tanya Gevaert, stating she supported the concept of online voting but opposes it now that she’s done some research. “Perhaps the result of the phone interviews … should be taken with a grain of salt.”

In an add-on motion brought forward by Mayor Cam Guthrie, council called for the creation and certification of province-wide standards for online voting systems to be adopted for future elections – something Essex and several other delegates spoke of the need for to avoid the potential for all 444 municipalities in Ontario setting their own rules.