Death Cafe returns: moving from fear and avoidance to openness and comfort 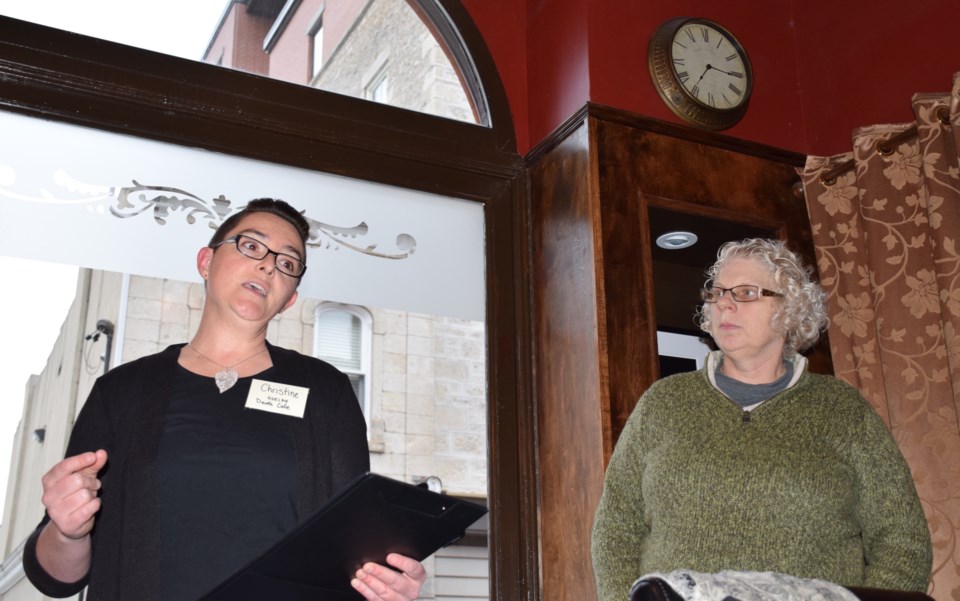 The third in a series of unique Death Café events is set for Tuesday at the Red Brick Café in downtown Guelph.

A concept that began a few years ago in Great Britain, a death café, far from a morbid gathering, creates a social space for heartfelt, relaxed conversation about death and dying. It shifts the conversation from one rooted in fear and avoidance, to openness and comfort.

The Death Café at the Red Brick began back in April, and a second gathering at the same venue took place in August. It is open to people of all spiritual or religious beliefs or non-beliefs. Hospice Wellington appears to have introduced the concept to Guelph a few years ago.

The atmosphere is at once searching, sorrowful, uplifting and compassionate. It is facilitated by certified life-cycle celebrant Christine Lafazanos, and death midwife Marion Willms.

The two previous gatherings filled the back space of Red Brick, Lafazanos said in an email response to questions. August attendance was somewhat less than that in April.

“There were some returning folks, yet the majority were new,” she said of the August event. “People are welcomed and encouraged to return because conversation will always be different and there is a lot to talk about.”

“Most people have experienced a significant loss in their lives and it’s something that you carry with you always,” she said in the email. “So people are liking the event because they need a space to talk about their personal experiences of death and dying, or to have a safe space to explore the subject.”

The format is low-pressure, with small groups at each table guiding the conversation among themselves.

“Because death and dying are such loaded topics in our culture it can often be more comfortable to talk about them with strangers than with loved ones,” Lafazanos added. “And many people find the small group conversations, where no one is pressured to speak unless they want to, an approachable format.”

The Red Brick events have drawn a wide age range among attendees, she added. Many are in their 20s or 30s, which is not typical of death cafés in general.

“I think this signals the shifting attitudes around death and dying, and a greater openness to discussing it in younger generations, and in a forward thinking city like Guelph,” she said.

Red Brick Café is a physically accessible space with gender inclusive washrooms. The closest bus stops in St George's square, less than a block from the café. The event is free. Attendees are asked to arrive by 6:45 p.m. on Tuesday night to allow time to get settled prior to beginning at 7 p.m.

To learn more about Death Cafés please go to deathcafe.com.