Sexual relationship with Dave Scott-Thomas started when she was a 17-year-old student/athlete at the U of G, says story
Feb 8, 2020 11:30 AM By: GuelphToday Staff 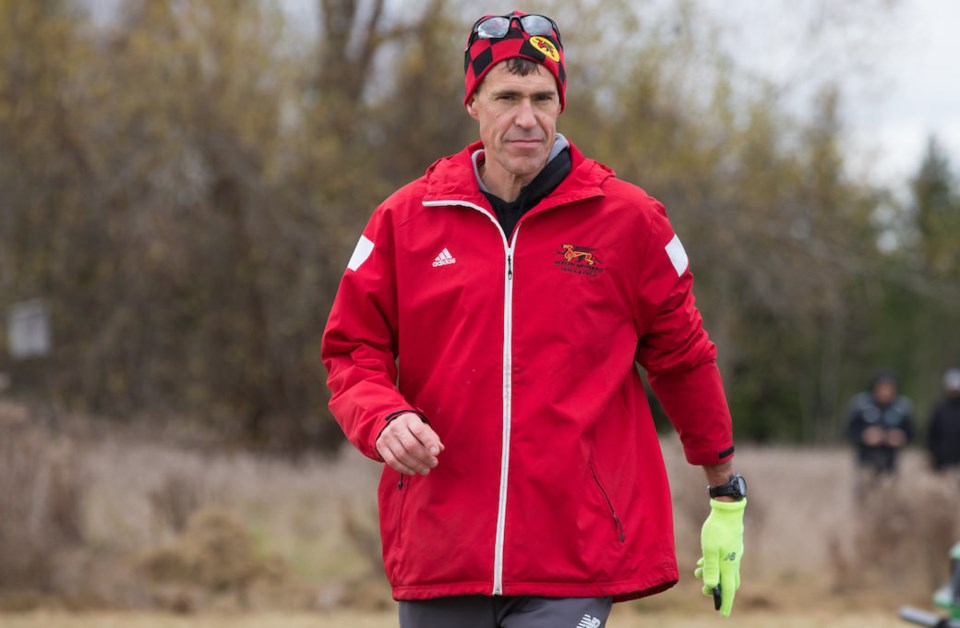 The woman at the heart of the scandal involving disgraced former University of Guelph track and cross-country coach Dave Scott-Thomas has come forward to tell her story.

An investigative report by the Globe and Mail newspaper on Saturday details the story of former U of G student/athlete Megan Brown, a Puslinch native and graduate of St. James Catholic High School.

The full Globe and Mail story can be found here.

Written by freelance writer Michael Doyle, it interviewed over 70 people and was written over several months.

In addition to being her coach and more than twice her age, Scott-Thomas was married with two young children.

The story details trauma and mental health issues Brown says she developed as a result of the relationship, which culminated with a suicide attempt and two stays in psychiatric hospitals.

At one point one of the top female runners in the country, Brown ended up leaving the U of G during her second school year and continuing her running and schooling at the University of Toronto.

The story details that both Athletics Canada and University of Guelph were informed of the sexual relationship in 2006.

“Athletics Canada, the sport’s governing body, was aware of a sexual relationship between Ms. Brown and Mr. Scott-Thomas more than a decade ago. Despite this, he continued to be selected as a national team coach, including for the 2016 Olympics,” the story reads.

The U of G declined interviews for the story. As did Scott-Thomas.

A lawyer for Scott-Thomas told the Globe and Mail the allegations In a brief statement, his lawyer said facts contained in Brown story were “unsubstantiated and inaccurate.”

The Globe and Mail story includes several emails kept by Brown and accounts from other athletes supporting her story.

The U of G fired Scott-Thomas last month and the Speed River Track and Field Club that he founded was shut down.

Brown told the Globe and Mail she came forward after seeing former U.S. running star Mary Cain come forward with her story of trauma and abuse at the hands of a male coach last year.