"This is not the right time to be moving ahead on such a high-priced project," says Mayor Cam Guthrie
Aug 18, 2020 12:59 PM By: Kenneth Armstrong 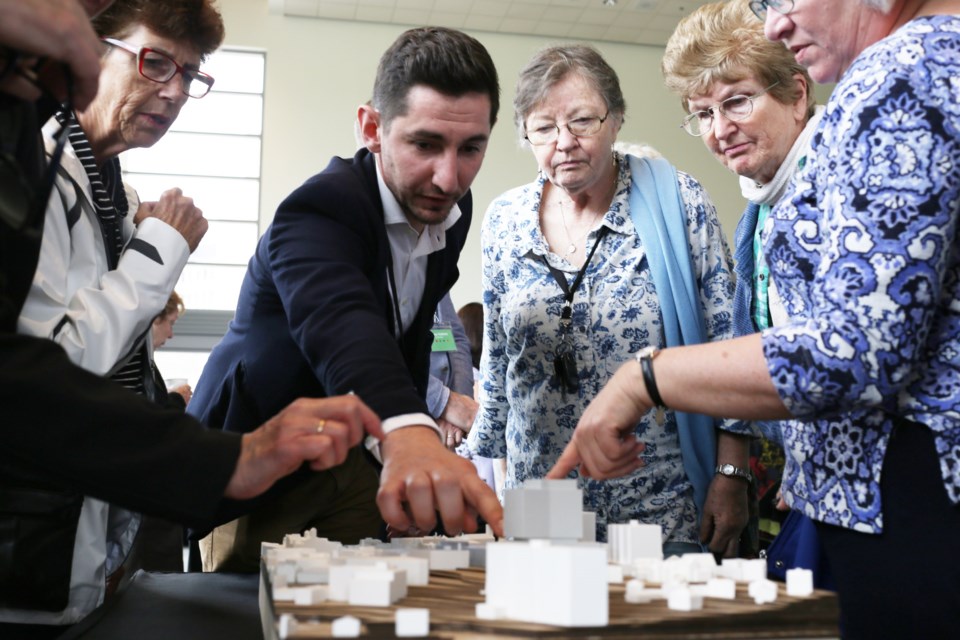 A key source of funding for the proposed new central library has fallen through and Mayor Cam Guthrie says it’s time to press the pause button on the project.

The City of Guelph applied for for a joint provincial and federal funding stream to the tune of $36.6 million toward the estimated $67 million final price tag for the new library.

On Tuesday, Guthrie told GuelphToday the application didn’t even make it past the first round of consideration.

With a little under $1 billion up for grabs in the Community Culture and Recreation stream of the Investing in Canada Infrastructure Program, Guthrie said the provincial and federal governments received requests totalling $10 billion.

Ward 5 councillor Cathy Downer said city council was never expecting to receive the full $36.6 million in funding from the province and feds and it wasn’t calculated in the final funding strategy for the library..

"It was a ‘hope’ and we authorized staff to make the application but the funding strategy proposed by staff did not account for that funding," said Downer.

Also, up to $15 million may be available toward the project from development fees, noted Downer.

In September, Guthrie warned city council to not approve the $67-million project without knowing if the other government funding would be forthcoming before the project was ultimately endorsed.

At the time he likened the situation to the plot of National Lampoon’s Christmas Vacation, in which the Clark Griswold character committed to using his Christmas bonus to buy a pool, only to have his company gift him with a membership in the Jelly Of The Month Club instead.

“I cautioned and warned all of council and the community about this exact scenario in September of last year and exactly what I warned about has occurred,” said Guthrie. I was very adamant before the vote that making a decision on a high-priced project like this without knowing information and without knowing the result of such a request, could come back to bite us and now here we are.”

A report to council about the project is expected in October. Guthrie said approving the project as-is could put other projects in jeopardy and negatively affect the city’s credit rating.

“It is the fiscally responsible thing to do to at least pause and reflect and think about the impacts this could have on our community from a fiscal point of view,” said Guthrie.

Steve Kraft, CEO of the Guelph Public Library, said he is disappointed by the announcement.

“I think had the funding come through it would have made the decision a lot easier for city council, absolutely, but the library board is still 100 per cent behind this project,” said Kraft.

The reality, said Kraft, is that the current main library is very near the end of its useful life.

“We simply can’t stay in this building forever without pumping a lot of money back into just making it barely functional,” said Kraft.

A three or four storey library will be a good thing for the city, said Kraft.

“Now is the time to put money into building projects. It’s a good way to recover from something as significant as the pandemic, especially the way it has affected the economy,” he said. “The longer the project is delayed, the more expensive it will get.”

Guthrie agrees that a new central library should be built and that it should be a part of the Baker Street redevelopment.

“Where I have a problem is looking out for the taxpayers with a price of $67 million,” said Guthrie. “We have a community that has been hit hard financially, not just the city but our taxpayers. We need to be respectful to the situation that many in the community are struggling with financially.”

He added: “this is not the right time to be moving ahead on such a high-priced project nor even in non-COVID times is $67 million reflective of what I believe is needed in this community for such a project. It is too high and I do not think we should be moving forward with such a high cost.”

Editor's note: an earlier version of this article quoted Cathy Downer as saying there was as much as $20 million available in development charges. After a follow-up email from Downer that figure has been changed to $15 million.