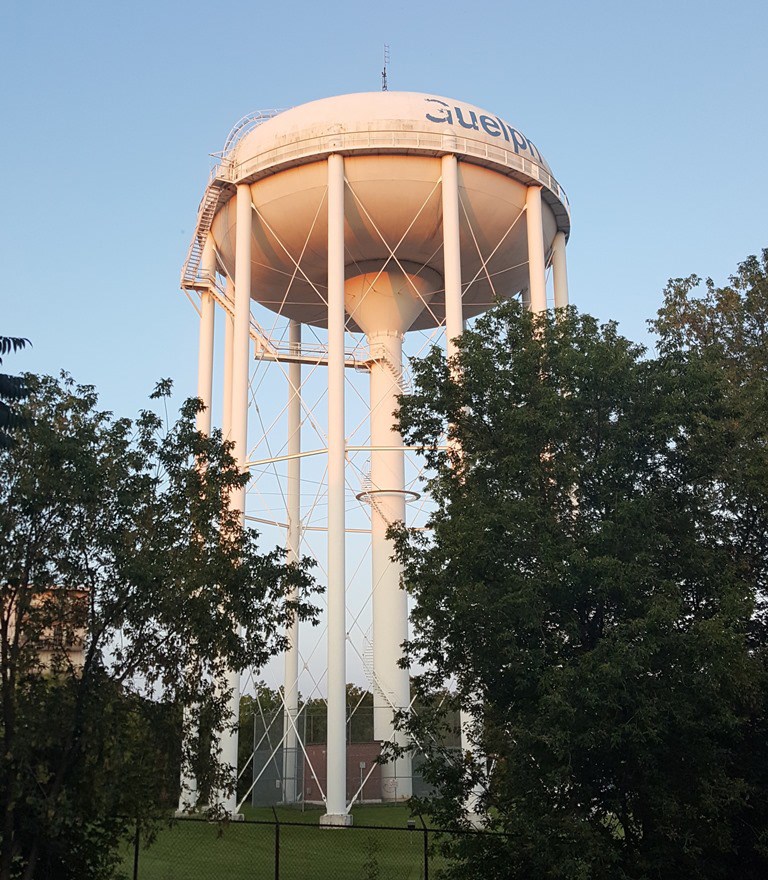 The association that represents graphic designers in Guelph is upset with a city competition asking people to submit designs for the Verney Water Tower.

"It's a question of paying for work and getting a real good product in the end," said Gareth Lind, speaking on behalf of a loose association that includes roughly 30 Guelph graphic designers.

"We're not worried about protecting our turf, we're wondering about the quality the city will get for free work," Lind said in an interview. "It could be an embarassment."

In an open letter to the city, the designers say that while the project is an exciting one, not paying someone for the design is wrong.

In fact the group states that members of the provincial organization that represents graphic designers would be prohibited from entering the competition because it is asking for unpaid work.

"It's a great idea," Lind said. "We're not trying to rain on anyone's parade. We just want to make sure it's a fair process."

In a letter sent to Jen Rafter, the city’s Cultural Program and Event Coordinator Culture, Tourism and Community Investment, the group says that asking designers to submit unpaid “spec work” is wrong.

“With the right artwork, it could become a key community attraction, like the Art Gallery of Guelph’s Begging Bear or the University of Guelph’s Gryphon. However, asking for designers and artists to work without pay is not the way to achieve this,” says the letter written by Lind and signed by 13 Guelph graphic designers.

“You state that the contest is based on the Canadian Artists Representation’s guidelines for organizing art competitions. Their guidelines state that “each step must financially compensate artists for their work.” But the first and most critical phase of your competition — the concept — provides no compensation.”

The city web site describes the competition as open to “Guelph-based artists and designers over 18.”

A committee will select the three finalists and the winning design chosen in an online vote in November.

“The top three finalists will each receive a $250 honorarium, and the artist whose work is selected by the community will be awarded an additional $750 prize,” the city said.

RGD Ontario, Ontario’s professional association of registered graphic designers, campaigns vigorously against spec work, defined as “any kind of creative work, either partial or completed, submitted by designers to prospective clients before designers secure both their work and equitable fees,” says the letter.

The provincial association’s Rules of Professional Conduct prohibits members from taking part in competitions for commercial purposes on spec, it says.

“Thus, no RGD member will take part in this competition, and we are discouraging all Designers of Guelph members from participating,” Lind writes.

He said Designers of Guelph represents over 30 graphic designers, illustrators and photographers working professionally in Guelph.

“Even if one of our concepts were selected for the water tower, the remuneration that you are offering is far below professional rates.

“We urge you to rewrite the terms of this competition so that it is ethical and doesn’t require speculative, unpaid work. Then our city can be proud of the resulting art piece — and also of the process that gave birth to it.”