Korey Jarvis looks to keep his wrestling career going in one form or another
Sep 16, 2016 5:48 PM By: Rob Massey 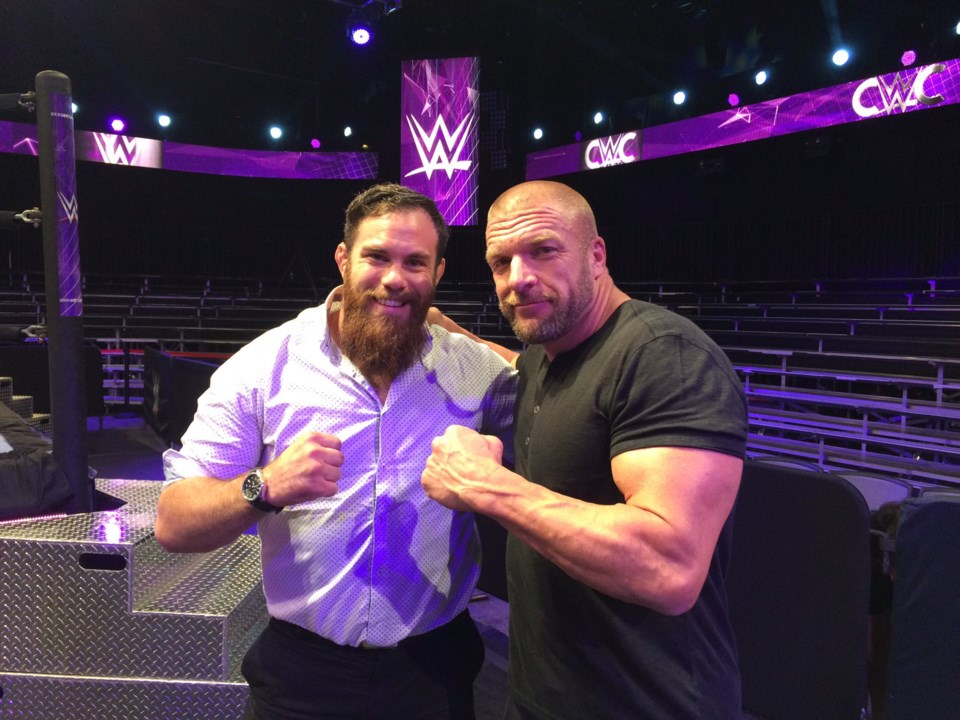 "They contacted me after the Olympics and they asked me to come down and check it out, have no strings attached but basically come down for a tryout," Jarvis said in a phone interview.

Jarvis has been in Orlando most of this week seeing what professional wrestling has to offer.

"It's pretty interesting and really different for me," the 29-year-old said. "There's a lot of acting and a lot of different techniques."

WWE also shot a few live events while Jarvis was there, so he checked that out too.

"I'm just checking it out, seeing the behind-the-scenes stuff," he said.

"It wasn't like anything serious," he said of his time in Florida. "It was just training with the team and doing some basic classes, working with them on strength and conditioning and checking out the facility. They have a bunch of live tapings they're doing this week."

Jarvis didn't feel any pressure to join the professional wrestling ranks. Joining doesn't really fit into his current plans, plans that recently changed a little after an encouraging performance at the Rio Olympics.

While Jarvis had originally thought that the Rio Olympics would be his final meet in the amateur ranks, his performance there changed his mind. He had a win and two losses at Rio, his losses being 3-1 to silver medalist Komeil Ghasemi of Iran in the opening round and 3-1 to bronze medalist Geno Petriashvili of Georgia in repechage round 2. He defeated Diaaeldin Kamal Gouda Abdelmottaleb of Egypt in repechage round 1.

"I finished a lot higher than I was ranked and I wrestled well," Jarvis said. "I had a really tough draw, but I went out there and put it on the line. I wrestled the best in the world and I had some close matches. It would've been awesome to get a medal, but it didn't happen. I'm excited for the next four years to see what happens."

Jarvis was not ranked in the top 20 in the world in the 125-kilogram freestyle class before the Olympics, but vaulted to 14th.

"I wasn't focused on anything but the task at hand when I was there," he said. "I just went out there thinking that this is what I'm going to do and I'm just going to go out there and do everything I can. I did wrestle pretty well, but I see myself with the preparation I had for that — I had about four months of training and I did well. If I could take the next four years and put that much training into it, I feel I can be there and beat the best in the world."

The Olympic placing also means that the funding that Jarvis gets will be increased.

"Canada Wrestling and the government will support me a little bit more," he said. "I'm just working on putting together a four-year plan right now. Everything like getting sponsors on my side and things like that so I can potentially train full-time for four years."

And there could be some professional wrestling in the future, too.

"They haven't offered me a contract or anything. They just wanted me to come down and check it out," he said. I've checked it out and we'll see what happens, but I definitely want to keep wrestling for now."