BIOSCAN, a seven-year barcoding project involves 1,000 researchers from more than 30 countries is another step towards a 20-year project in 2026 to complete the inventory of life on planet Earth
Jun 25, 2019 5:00 PM By: Anam Khan 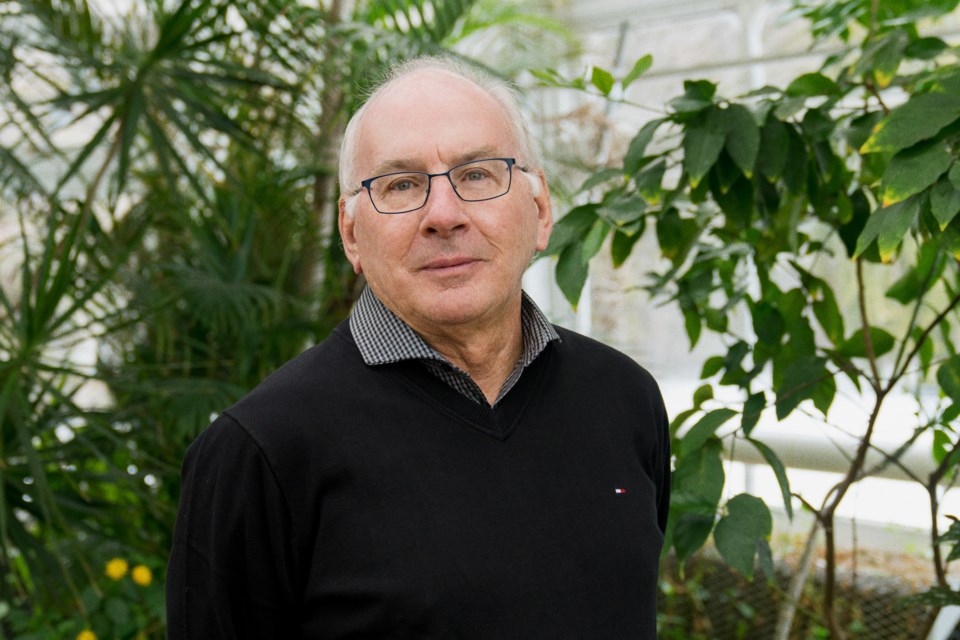 With DNA barcoding technology, you could see an ant in the park and pull out a thumb-sized device to scan it to identify the kind of ant it is.

But imagine “if you saw an ant walking around the sidewalk, and you wanted to know what the ant had eaten for breakfast, we can now use DNA to tell you that,” says biologist and developer of DNA barcoding Paul Hebert about the launch of his latest project.

During an international conference in Norway last week, Hebert launched BIOSCAN, a seven-year barcoding project that costs $180 million and involves 1,000 researchers from more than 30 countries.

The project is the next step in the University of Guelph-piloted initiative to create an inventory of every living thing on Earth, an idea Hebert had in the ’90s that could potentially serve numerous disciplines across the world and, in some way, preserve information of life on this planet for future generations who may not be able to learn about them.

“Since I love biodiversity, I’m determined to try to do something to protect it,” says Hebert.

“It's not about identifying species or specimens anymore, but it is about explaining all of their interactions. - to show how it is possible to use DNA to reveal species interactions, so what they ate or what is eating them - just very complex interactions of human life."

In 2000, Hebert and his team laid plans for their first project titled Barcode 500,000. Its goal was to try and barcode 500,000 species within five years of its launch in Toronto and Guelph. The project was completed in August 2015 and cost approximately 125 million dollars. It garnered the attention and participation of nations around the world.

After that, Hebert and his team spent three years looking at less expensive analytical approaches, called an international meeting to discuss the idea and launched BIOSCAN on June 16.

“At the time we launched, it had 33 nations, but during the course of the last week, about seven more nations have indicated their intent to join the alliance to press forward on this research program,” says Hebert.

Hebert says BIOSCAN has three specific goals. The first is to advance species discovery on the planet.

“It might surprise you to know that we’ve only scientifically described about 10 per cent out of the multicellular species that live on our planet and that's about 1.6 million species so we barcoded about 500,000 on the first project,” says Hebert.

Its second goal is to accelerate the barcode registration species.

It has taken 260 years to register 1.6 million species and Hebert and his team plan to pass the total number of species registered by the Linnaean system by the end of 2025.

“We expect 2 million species barcoded at least. The new sequencers that are available now make it possible for us to probe species interactions in ways that we couldn't have done in the past,” says Hebert.

“On humans, about 279 species of animal parasites have been found so just think about that complexity across all of the animal kingdom.”

Over time, the device that produces the barcoding, called the sequencer, has also become very efficient.

“The machines that we have now generate hundreds of millions of sequences. In the whole first phase, we analyzed five million sequences. Today if we turn on the machine once, it can generate more sequences in four hours than the entire five-year project,” says Hebert.

BIOSCAN’s third goal is to begin to track biodiversity change to set up a biomonitoring system for the planet.

“We just finished a study in Kruger National Park, the largest national park in South Africa but we wanted to over the next seven years, do similar investigations in many of the world’s parks,” says Hebert.

“Our planet is divided into about 900 things that are called ecoregions, biological distinct habitats and we want to have to begun to serve a life in half of those ecoregions over the next seven years.”

BIOSCAN will also play a large role in tracking life in relation to climate change by being able to understand the extent of the impact of climate change.

Hebert says his team is currently working with Polar Knowledge Canada, an organization responsible for understanding what is happening in the arctic which is currently providing Hebert’s team with the funds to build a DNA barcode reference library so they can track life in the Canadian Arctic.

“We can obviously watch polar bears, what's happening to them but most of smaller life, we have no idea of understanding what is happening to it and how can we help,” says Hebert.

“Even in the science tech front, we certainly hope we don't get there but there are projections that many species will become extinct if we don't rein in climate change, and we will be saving DNA extracts from all of those species.”

Hebert says his team has set up many parks for the collection of species’ data but don’t yet know which living creatures reside in those parks.

“We wouldn't know about global warming if we hadn't been tracking weather conditions.”

Similarly, Hebert says this part of BIOSCAN is designed to track biodiversity so that we can collectively as human beings understand the health of our planet.

“Recent reports are quite disquieting, they suggest for example that three-quarters of the insect life from the planet may have been dissipated by too much pesticide and too much development and the consequence is were losing our birds and so on,” says Hebert.

He says he hopes by the year 2026, the end of BIOSCAN’s project,  Canada will be the first nation to set up a national biosurveillance system that would be tracking biodiversity at 500 sites across our country.

“In 2026 we plan to launch a 20-year project that will cost about 500 million dollars and it will complete the inventory of life on our planet and it will set up a global biosurveillance system in which we track the health of the things that we share the planet with,” says Hebert.

For example, you can go to a fish market, scan the fish for sale and be able to tell if it is mislabelled. A quarter of the time it is, according to a University of British Columbia study in 2018.

While organizations are not using barcode scanning technology widely now, they have the potential to use it to their advantage when the technology becomes more widely available.

“Imagine the education community, where teachers could take their kids out in nature in the schoolyard and learn every species that lives in their schoolyard. We've done pilot studies like this and the teachers and students just love it,” says Hebert.

“We ran studies like this in 300 Canadian schools. But imagine if every school on the planet, kids got to look at nature, in their schoolyard because its so inexpensive to tell things apart with DNA.”

Hebert says it has broad potential for several disciplines such as education, conservation, natural history, national parks, public health, species interactions, tracking disease-bearing organisms such as ticks and mosquitoes, fisheries knowing what fish species are in lakes and how many young fishes are in the take.

“All these disease transmission pathways will be advanced through such work, There are just many many applications for being able to tell things apart,” says Hebert.

Watching DNA barcoding develop and grow into something that can potentially serve the entire planet is not something Hebert necessarily expected.

“When we wrote the first paper in 2003, there were lots of obstacles and of course if one has the ambition, the hope is that this approach might be widely adopted - but it was approached at this point of time,” says Hebert.

“And it's now quite startling to see the realization- the way this method is being adopted around our planet to help do a better job of looking after the species that we share it with.”

With every project there are challenges.

Hebert says obtaining specimens and moving them around requires permits and is a complicated task.

He also says that it is not easy for a biodiversity scientist to raise $180 million. Right now, the funds to support this project are from foundations, research councils and governments across the world.

But all things apart, how does DNA barcoding work?

If one was to extract a DNA sample from an insect, a part of the insect is taken, put in a tiny well, chemicals are added and then there is DNA released from that insect. With a drop of that DNA and a few more chemicals, that DNA can be xeroxed.

“You’re a book of life basically. Every cell in your body,” says Hebert.

“Now what I wanna do is I want to Xerox copy just one of those pages and that's how we get the barcode ready for sequencing. So all your DNA is in that little vial. We use a special machine that knows how to go to a particular page in your book of life and just xerox copy one of them.

"I drop in the machine and it reads the sequences attccggaatt and so on.”

With a palpable passion towards biodiversity, Hebert says this project comes with a lot of excitement.

“How can one not be excited when you see this thing bubbling up and people wanting to do it all around the world in places you almost never heard of?” says Hebert.

“It's really a dream come true to have people around the world involved in this project.”

Hebert says he wouldn't have been able to do it without the support of funding agencies in Canada and is proud that this projected stemmed in this country.