The second in a five-part series looks at how integration means changes for both refugees and those taking them in
0
Dec 17, 2019 12:28 PM By: Anam Khan 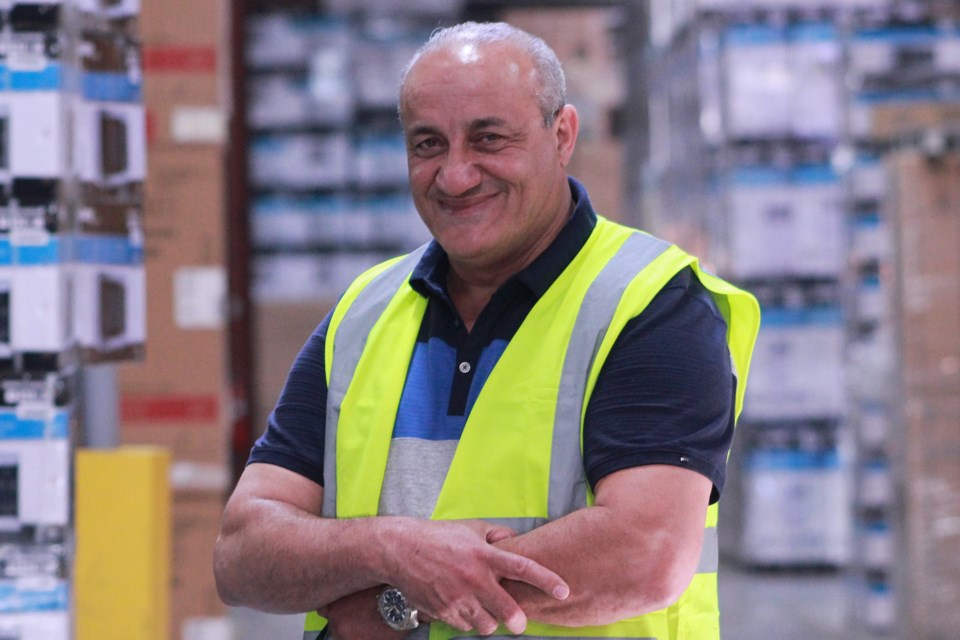 'It's a thing of becoming aware of accepting differences, accepting ambiguity, accepting that there are other worlds' — cultural expert Ingrid Brand

Not only do Syrian refugees have to be cognizant of differences between Syrian and Canadian culture, so do Canadians around them.

“We need to inform ourselves about their culture and also adapt our own behaviour a bit,” says Brand about the ongoing attempt that many Syrian refugees make on a daily basis to integrate.

Brand is the founder of Brand Consulting and has worked with several individuals and groups in the area to help expand on diversity, inclusion, international transitions and skill-building. She says easing into the discomfort of a new place by stepping out of your comfort zone is an ongoing effort which can be uncomfortable and challenging for Syrian refugees.

She says it isn't just about language and employment. While those things are crucial, Brand highlights the importance of becoming self-aware of the differences in one’s own beliefs, values and personal biases and accepting the same from the people around you.

Despite an inability to speak English, Abed was ready to embark on his new journey and he knew that life required him to adapt.

Coming from a nation where the majority of people share the same cultural background, Abed says he immediately understood the importance of understanding the difference of one another and applying it to every facet of his new life, whether it is business, workplace habits, new friendships, community involvement and education among others.

He owned a clothing store in Homs, Syria, which turned to dust during the Syrian war in 2011.

“I changed my business because my area was destroyed completely so I tried another area but it was very hard for us so I moved to Lebanon” where there were approximately two million Syrian refugees that fled the war.

Abed was born into a large family that includes eight brothers, three sisters, his parents, aunts and uncles. They all lived in three buildings within close proximity to each other and were always there for each other. As a result, Abed says he truly understands the importance of community and it is a value he grew up with.

“We knew about the world outside but not the middle of the street. This was very different for us. It was not safe.”

Fearing for his family’s safety and his two sons who were called to be drafted in the army, Abed applied for Canadian refugee status and moved to Canada in 2016.

When he arrived, the Muslim Society of Guelph's president Mohammed Syed arranged living accommodation for him for 25 days and called him to meet Jim Estill.

“He said welcome to Canada and I wish you safety and started asking me what I did in Syria and I told him I had a small clothing factory, so he asked me if I need to open the same clothing factory here,” says Abed, who politely declined because the culture was new for him.

“I didn't know what people like. It's different between Syria and here,” says Abed.

Abed was hesitant to start his own business and asked Estill for a job instead, so Estill offered him a job in the warehouse in Danby Appliances in 2016.

“I didn't have an idea about the computer. My English was not good,” says Abed.

Estill incorporated a weekly English course for all non-English speaking employees at Danby.

“Jim has a good program because Jim teaches people how to fish, not give them a fish,” says Abed.

As he became accustomed to the language and local culture, he was offered the opportunity to own a store in the Old Quebec Street Shoppes in Downtown Guelph called Our Sock Shoppe. Confident about his newly acquired skills, he bought the store knowing that this time, he has a better understanding of the market.

Brand says because Syrians have such a rich cultural history, sticking to what you know is detrimental to one’s personal development and it also limits one’s opportunities tremendously.

She says aside from a lack of social capital that most Syrian refugees face, they also lack those close networks in the community when they arrive, and coming from a culture rooted in close connections, it becomes extremely difficult.

“Someone who doesn't have those networks, those meaningful connections in the community is going to limit their opportunities in the long term not just in terms of job opportunities, but also in terms of enjoyment of life because your world becomes very small then,” says Brand.

“So it's a thing of becoming aware of accepting differences, accepting ambiguity, accepting that there are other worlds.”

She says while it is perfectly fine to hand on to one’s own values, it is equally important to learn about other values and accept those to become comfortable with uncertainty.

While Abed’s story is a success story, it also goes to show the conscious effort he and his family have made to conform to society.

“I think we all have a responsibility to be mindful of our personal and be culturally self-aware that our worldview is learned, our values are learned. We all have to realize that people come to Canada from places like Syria and they have an entirely different world view. Yes, there are some commonalities, but there are also differences and there are important differences,” says Brand.

She says appearing different as they’re constantly trying to conform to society wears on the refugees which they quietly swallow.

“It's kind of like the analogy of the duck who looks like it's gliding through the water effortlessly. But underneath the little feet are paddling like crazy,” says Brand.

Guelph's Syrian Experience: War, displacement, pressure to assimilate often lead to mental health struggles
Dec 18, 2019 12:00 PM
Comments
We welcome your feedback and encourage you to share your thoughts on this story. We ask that you be respectful of others and their points of view, refrain from personal attacks and stay on topic. To learn about our commenting policies and how we moderate, please read our Community Guidelines.