In the third of a five-part series, we look at the effect war and displacement can have on the mental health of refugees
Dec 18, 2019 12:00 PM By: Anam Khan 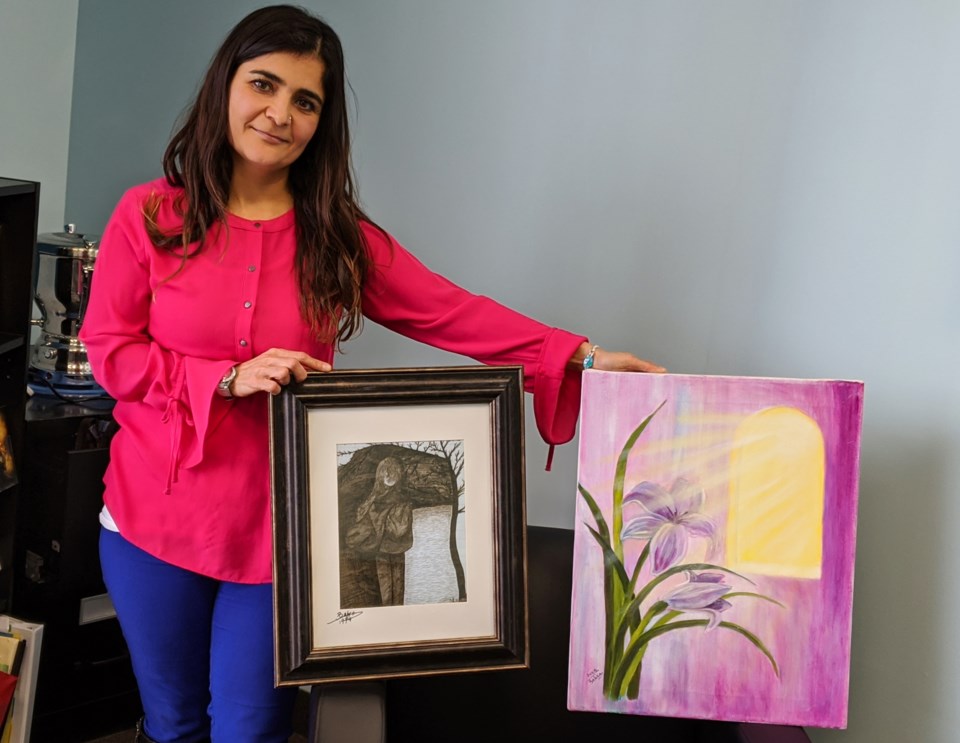 You can’t discuss the struggles of Syrian refugees without acknowledging the effect the war has had on them.

Because of the stigma associated with mental health, none of the Syrian refugees contacted were willing to openly speak about mental health in relation to the war.

“Whether the loss is of someone they loved and lost in the world in a bombing or whether it was the home that they lived in their whole life.”

Cober works with Syrian refugees in the Guelph Wellington and Kitchener area, addressing a plethora of mental health needs of those who fled the Syrian war and began arriving in Canada in 2015.

Each year she sees between 150 to 200 patients at the Sanctuary Refugee Health Centre, which has 5,400 patients currently in a program for refugees of various ethnicities.

“So your average trauma that a person can experience, some people have had that and on top of that comes displacement, living in a foreign country, not being able to speak their language, and feeling trapped in your own mind,” says Cober.

And the trauma can take many forms and can impact learning and memory in all ages such as crossing border trauma and torture trauma where refugees were beaten, families were assaulted and separated while they were surrounded by the danger of crossfire, witnessing violence and forced marriage.

She says the experience of torture and sexual violence is especially hard to overcome.

The Independent International Commission of Inquiry on the Syrian Arab Republic found that the Syrian government and connected militias used rape and other methods of sexual violence to cause an extreme form of terror and humiliation to the civilian population that appeared to be associated with the opposition.

Cober gives the example of a pregnant mother who struggled to protect her children in refugee camps prior to coming to Canada. When she saw the news of the Syrian house fire in Halifax in February 2019 three years later, she decided to stay up all night with her husband to guard her children due to fear of losing them while she was still coping with the trauma she endured in the camps.

“By the time they came for their next appointment, they had three to four sleepless nights,” says Cober.

Judging by their reaction to the incident, Cober asked them if they had seen people in a fire.

“Thinking they came from the war, they must have seen it which makes what they see on the news alive in their mind,” says Cober.

The answer was yes. They saw a family burn to death in a refugee camp in Lebanon in the extreme cold when the fabric tent they were sleeping in caught fire from a portable heater.

Trauma is much deeper than hearing about an incident that took place somewhere else.

In this instance, Cober worked with the family to establish a sense of safety by grounding all five sensations such as brings new smells with no memory of the past, seeing new sights, listening to new sounds and music, touching something new such as prayer beads or a stone that reads peace.

Another hurdle they face is cross-generational and cross-cultural issues. And while this exists across all cultures because of the age gap between generations, Cober says refugees experience it in a more drastic way because of the two geographical locations and language differences.

Because most Syrian refugees immigrated from Jordon, Turkey, Syria and Lebanon among other countries, they didn’t have access to education, so when they arrive in Canada, the education system is totally foreign to them.

“Some kids were employed full-time and were treated as men and they come to Canada and are expected to suddenly become a student,” says Cober about children as young as eight who need to make this adjustment along with the parents and the school.

Some people are extremely resilient and they can overcome the trauma. While younger children adjust faster, she says learning difficulties exist in all ages.

And the stigma and fear associated with mental health do not help.

Apart from the refugees who access the services available for them, some refugees are in denial of struggling with mental health, some are distracted with integration responsibilities, and some have a perceived fear that accessing mental health services will put them at risk of losing their children

“If you don’t have the reference in your mind to understand the concept, to understand new systems of living, it’s not easy,” says Cober about the cognitive dissonance many Syrian refugees face because the come to Canada with the own set of beliefs and values with which they have lived their life accordingly and then see a completely new set of beliefs, systems and values.

“The things you find to be right, you learn that it is right but it doesn’t work here,” says Cober.

And so the question arises, how does mental health present itself?

And so what impacts healing?

She says the ongoing war in Syria still impacts the mental health of many Syrian refugees in Canada because of their friends and families who still currently live there. For many, If the war stopped, healing can start.

And the support of community services such ESL classes, caseworkers, settlement workers, interpreters, community partners, counselling, libraries, school boards, city programs, and other agencies that provide care play a crucial role in the healing of refugees.

“We can’t expect refugees to integrate by standing and watching them integrate. We have to be in it,” says Cober who came to Canada as a refugee claimant herself in 2003.

Cober says because everybody deals with trauma differently, it is important that the services provided to refugees are language-specific, culturally sensitive and trauma-informed.

“We do hope we have a team here. A clinician, a support coordinator, an occupational therapist, a child and youth worker ideally for the program to run to be able to serve the community better,” says Cober.

She says people often ask how a Canadian society benefits from these services offered to Syrian refugees.

“If you can't take care of the health of the people who are new here, and help them integrate and become active citizens, we will not have an active citizen,” says Cober.

Guelph's Syrian Experience: Conflict leaves families scattered around the world
Dec 19, 2019 12:00 PM
Comments
We welcome your feedback and encourage you to share your thoughts. We ask that you be respectful of others and their points of view, refrain from personal attacks and stay on topic. To learn about our commenting policies and how we moderate, please read our Community Guidelines.