Habitat For Humanity Wellington Dufferin Guelph says its new Within Reach program will help it build bigger housing developments in the future
May 15, 2019 7:30 PM By: Tony Saxon 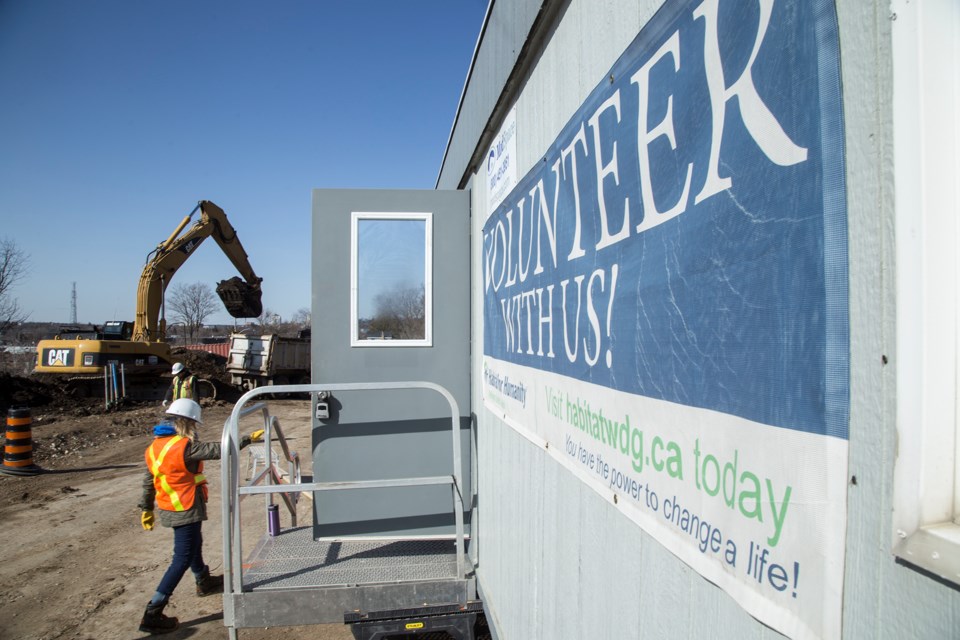 Home buyers who can get a mortgage but come up short in the down payment department have another option in Guelph.

Habitat has introduced a new program called Within Reach that will see it provide a second mortgage of up to 20 per cent of the cost of homes they build.

Candidates must be first-time homeowners and they still have to qualify for traditional financing for the market-rate homes, but the Habitat second mortgage is intended to cover the down payment.

Essentially the second mortgage will be their down payment, said Steve Howard, CEO of Habitat WDG.

Howard said the key reason for the new model is that it will allow Habitat to scale up its developments moving forward.

“What I’m excited about is the scalability of this,” Howard said.

Initially the new model will be used to find homeowners for the remaining five unoccupied homes at Habitat’s Cityview Village project.

It will then be used for half of Phase III of Cityview Village, an eight-home parcel that they hope to start in late summer.

But Howard said that the big picture involves Habitat’s involvement in the eventual redevelopment of the IMICO site.

“I see 28 houses here (CItyview Village) to 300 homes on the IMICO site,” Howard said. “Eventually I see hundreds of homes.”

Howard said Habitat will still be using its traditional model of providing interest-free loans for lower-income families, but this model will complement that.

There are currently five homes at the Cityview location that are available for this type of financing, which while not new, is new to Habitat.

Howard said successful candidates will still have to commit to the traditional “sweat equity” requirement that is one of Habitat’s foundations.

They have been working with the Guelph and District Association of Realtors trying to find suitable candidates.