Something for everyone in lineup announced Wednesday
May 23, 2018 5:43 PM By: GuelphToday Staff 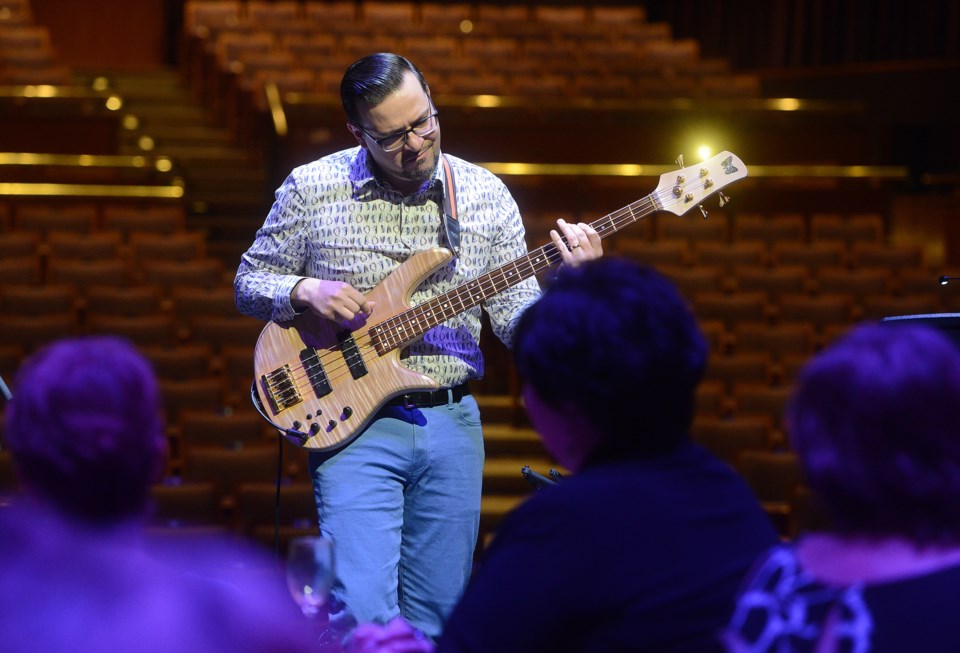 Jason Raso leads The Jason Raso Funktet through three numbers as part of the River Run Centre's announcement of its 2018 season lineup Wednesday at the River Run. Tony Saxon/GuelphToday

Saturday Night Live alumnus Kevin Nealon, Canadian rockers I Mother Earth and singer/songwriter Serena Ryder are just some of the performance highlights of the River Run Centre's upcoming 2018 season that was announced on Wednesday.

Nealon, whose work includes many movies and several television shows, will bring his show to the River Run in April 2019.

I Mother Earth shares the stage with fellow rockers Finger Eleven on Jan. 11, 2019.

Ryder performs an acoustic show on Oct. 13 of this year.

New to the lineup this year is the Life Stories Series, which features unique conversations with influential members of the artistic community. Featured in that series are singer/songwriters Dan Hill and Ian Thomas, along with Santee Smith, founder of Toronto's Kaha:wi Dance Theatre.

Also new is the Music Now Series, which the River Run says is "tailored to today's generation of indie music, trending apps and what's sick."

Children's offerings include Sharon and Bram,

For the full schedule, dates and pricing go to www.riverrun.ca.