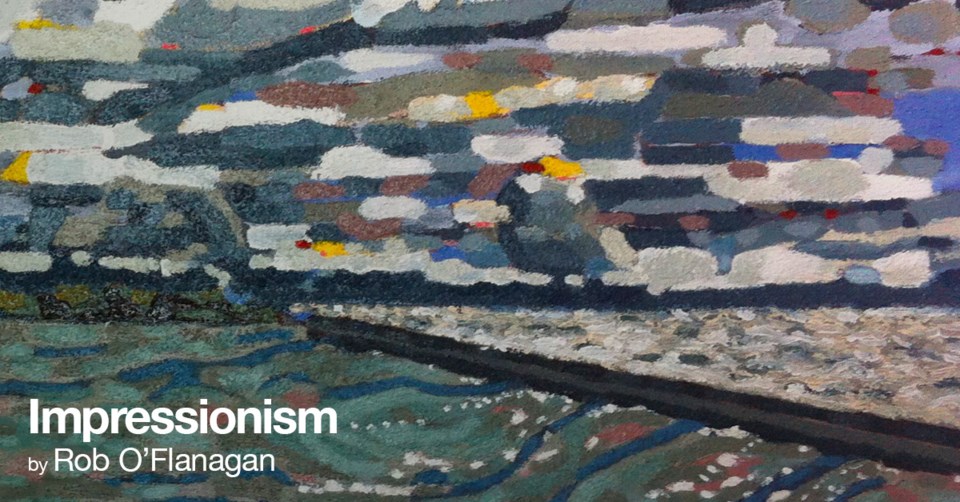 Sunday morning. I threw on my Highway 61 Revisited t-shirt and headed downtown for a fast breakfast. I hadn't worn it in a while.

I’d let a few hours of the morning pass in mental preoccupation, fuelled only by a bunch of cups of coffee, and no food. This happens.

In recent times, when I go too long without food I get cranky and have a somewhat acute energy plummet. It’s an age thing.

What are you going to do? You age, your energy plunges, so you go out and eat something and you’re right as rain. No sense sitting around growing hungrier and bemoaning the fact that you’ve lived long enough to experience the symptoms of aging.

Eat something, restore your energy and rejoice that you are still alive and mentally preoccupied.

Now and then, it’s of vital importance to advertise your musical allegiances to fellow human beings in your immediate community. But you must be very careful.

In my town, if you donned a Phil Collins or Blue Rodeo t-shirt you might be asking to be judged harshly on these mean, hipster streets.

No one should go out for a decent Sunday breakfast and make themselves a target of persons of high taste, elevated cool and intelligence. Unless, of course, your Genesis t-shirt is ironical and you have faith that someone out there will get it.

My Bob Dylan Highway 61 Revisited t-shirt – purchased in a t-shirt only shop on Queen Street in Toronto about six years ago, and which faded sharply after a first wash, which kind of ticked me off because it cost 25 bucks, which seemed exorbitant – is irony-free. It’s a pure, proud and literal interpretation of the Bible of Bob.

The shirt says, I am a believer and follower of Bob Dylan, and that I accept as absolute truth the tunes contained in his inspired Highway 61 Revisited album, an album of songs great and true. “Ballad of a Thin Man” is one of the great songs of all songs, along with “It Takes a Lot to Laugh, It Takes a Train to Cry.”

My t-shirt, and the pure statement of it, has a way of attracting fellow devotees, and on Sunday morning it had that magnetic force once again.

I annihilated my classic breakfast at the packed Sunday morning restaurant and I was paying the check. The waitress, who appeared roughly from my general generation, said, “Have you always been a Dylan fan?”

I had an older sibling who was a hipster in the early 60s. Dylan music filled our tiny farmhouse in remote central Saskatchewan. My newly minted mind was Bob-imprinted.

The waitress clouded over somewhat darkly. She said she was a lifelong lover of Dylan as well. But her devotion did not come without some persecution.

She told me that in high school she had a teacher who disliked and bullied her. The male teacher knew of her love of Dylan. One day the teacher announced “favourite album day.” Each student could bring their favourite album to class and everyone would get to play their record. But, he said, “No Bob Dylan.” Just to spite our waitress in her younger self.

“Why would a teacher leave you with that one lasting impression of him?” the waitress pondered.

“So that you would have a lifelong example of what a real jerk looks like,” I said.

Dylan and I go way back. There’s no getting over it. I listen to the old records, the new records, the in-between records. I like the born-again Christian stuff, the brooding/despairing stuff, the more upbeat contemporary stuff.

I learn his tunes on the guitar and try to sing them in my voice, not his. And every time I play them I’m reminded of my early days as a Dylanite, learning the lyrics to The Ballad of Frankie Lee and Judas Priest when it came out in ’67 and singing it out in the yard with my sister’s boyfriend.

Once you get those songs imprinted in your young brain, there is no dislodging them.