City staff is recommending the city investigate reducing the cost and size of the new library by 25 per cent due to funding and programming concerns
Jul 15, 2019 11:37 AM By: Tony Saxon 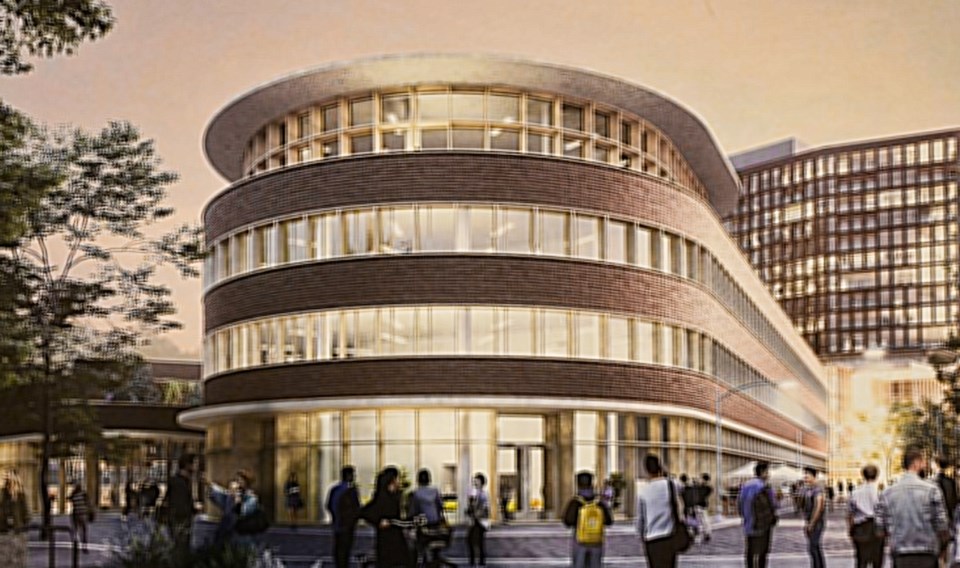 The head of the Guelph Public Library is “extremely disappointed” by a city staff report that recommends the city look into drastically reducing the size and cost of the new main library.

The report, which goes to city council for discussion on July 22, recommends the city “investigate” downsizing the library to 65,000 square feet from the originally approved 88,000 square foot draft design and reducing the cost to $34 million from $46.25 million.

It cites numerous factors, notably financial uncertainty due to provincial changes, as the reasoning for the possible shift in direction.

“I’m extremely disappointed,” said library CEO Steven Kraft on Monday morning. “The board was not consulted on this particular piece of information.”

He said they did not see this coming and were only given a heads-up on the staff report last week and that the library board hasn’t yet had time to form an official response or plan of action.

“They’re underfunding the library. The library was established at 88,000 square feet to provide service to a city this size out to 2036 and beyond. They are seriously curtailing that service.”

The report cites several reasons for the changes, including potential funding issues created by Bill 108, issues with a proposed 500-space underground parking garage, concerns over multi-use space in the library competing with other city rental space and that space dedicated for staff use is too large.

City staff is dealing with “difficult decisions” in the wake of provincial legislation changes, more budget downloads, addressing the city’s infrastructure gap, and grappling with the cost of growth and development.”

“The current political environment has given municipalities no other choice but to re-evaluate our core service delivery responsibilities and consider alternative, collaborative solutions for some programs,” it says.

The report, authored by deputy treasurer James Krauter, calls for a library that “gives priority to spaces that do not compete with other city-owned facilities and services.”

It says the current design includes discounted rental space that would compete with other city-owned facilities such as the River Run Centre and the city’s recreation centres.

It also states that the discovery of bedrock creates issues for a proposed 500-space underground parking garage that is part of the Baker Street development. The bedrock would lead to a significant cost increase for the parking garage.

“Staff are considering alternative shared parking arrangements, where residential spaces could be used as commercial/public spaces during the workday,” the report says.

There are also concerns with how a parking garage would align with the city’s goal of being 100 per cent renewable energy and net zero carbon.

The library is currently “90 per cent finished” a program design for the new library, leaving Kraft wondering why staff didn’t bring up the program-related concerns, such as rental space, earlier.

“This is late in the game to be springing this upon us,” he said.

Kraft was aware that the provincial Bill 108, which affects how, why and how much municipalities can collect in fees from developers, could affect the library project.

“We were curious to know how (Bill 108) would affect the project but there were no answers from finance at this point.”

“We really don’t know the full impact of this on a particular project.”

Decisions are being made on assumptions.

“They’re looking into the future, and good for them to do that, but I don’t know how they can determine with any amount of accuracy how that will affect things. Not just our project but other projects in the city as well. I think it’s a bit premature,” Kraft said.

Kraft said the library board will hold a special meeting after the July 22 council meeting “and decide where to go from there.”

He expects some interesting discussion on the issue at that council meeting.

“There will be lots of delegations that will probably express the feelings of the board.”