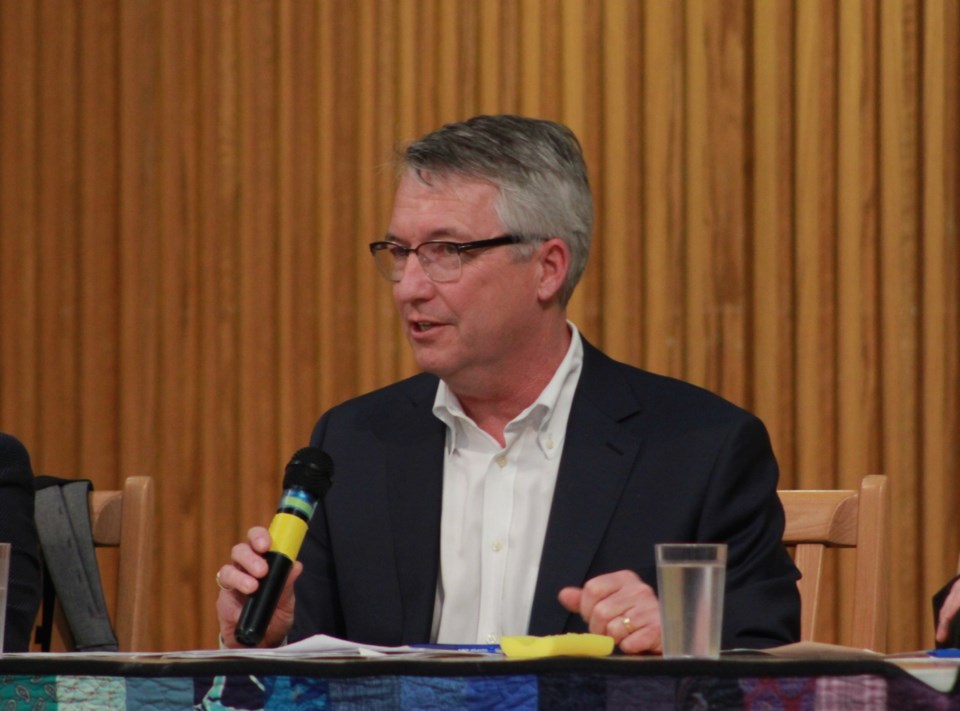 Guelph MP Lloyd Longfield acknowledges the magnitude of human rights violations against Uyghur Muslims in China but is not yet ready to declare it a genocide.

“There's very credible evidence that goes through its review. The scale is alarming and it's something that we’re working on as a government both publicly and one on one with Chinese officials,” Longfield said in an interview Tuesday, adding that declarations of genocides should come from the United Nations High Commissioner for Refugees (UNHCR).

On Monday, the House of Commons passed a motion that declared the Chinese government’s treatment of Uyghur Muslims a genocide.

Out of 338 MPs, 266 voted in favour of a Conservative motion that states the actions in western Xinjiang region of China meet the definition of a genocide specified in the 1948 United Nations Genocide Convention.

The motion also called on the Canadian government to call on the International Olympic Committee to move the 2022 Winter Olympic Games out of Beijing.

Longfield abstained from the genocide vote and voted against the amendment to the opposition motion that urged the Canadian government to call on the International Olympic Committee to move the Winter Olympic Games out of Beijing.

Longfield said it is obvious that there are human right violations and abuses taking place in the region.

Longfield said he voted against the amendment in the motion because the Olympics has been founded on having peaceful competition between countries and should remain free from political interference.

“As soon as we would weigh in on that, we’re interfering with a non-political body,” said Longfield.

“I can have my own opinions but as soon as I’m acting as a member of parliament, I am a political person acting on behalf of the people I'm representing.”

Early Tuesday, Longfield deleted a tweet he posted earlier that read “I abstained on yesterday’s genocide vote. 1) Bloc amendment I voted against: the Olympics is supposed to be free from political interference, and 2) declarations of genocide come from an independent investigation by the UNHCR not from politicians looking to score points at home.”

“I deleted the tweet because I didn’t want to look as if I was being critical of the people that did vote,” said Longfield.

“That's not a fair thing to say to people. They were also making judgments based on what they were thinking and you don’t get those nuances on Twitter,” said Longfield about the last part of the tweet implying that politicians might declare a genocide to score points at home.

On Monday, Foreign Affairs Minister Marc Garneau was the only minister present for the vote from Prime Minister Justin Trudeau’s Cabinet. Garneau abstained from the genocide vote stating he abstains on behalf of the Government of Canada.

He later issued a statement stating that the free vote in Parliament ensures each member can make a determination based on available evidence. Taken together, these views will form Parliament’s view.

“It's a continuation of a pattern that we've seen from this government on its policy toward China,” said Chong.

He said Canada has been on a world stage of defending human rights and the dignity of all people and Canada needs to take a strong position in the decision of human rights in Canada and abroad.

“There is a genocide taking place in the province of Xinjiang China," Chong said. "They are being persecuted."

These are all elements of genocide and Canada needs to recognize these atrocities for what they are. A genocide.

He reiterated that after the Second World War, leading countries of the world like Canada came together and said never again would we allow the horrors of another genocide cause to take place.

“So in 1948, countries like Canada signed on to an international treaty called the 1948 genocide convention,” said Chong.

“That convention is still enforced. Both Canada and China are party to that convention and Canada has an obligation to prevent genocide and stop the continuation of genocide. So we're calling on the government to uphold its international obligations.”

- With files from Keegan Kozolanka