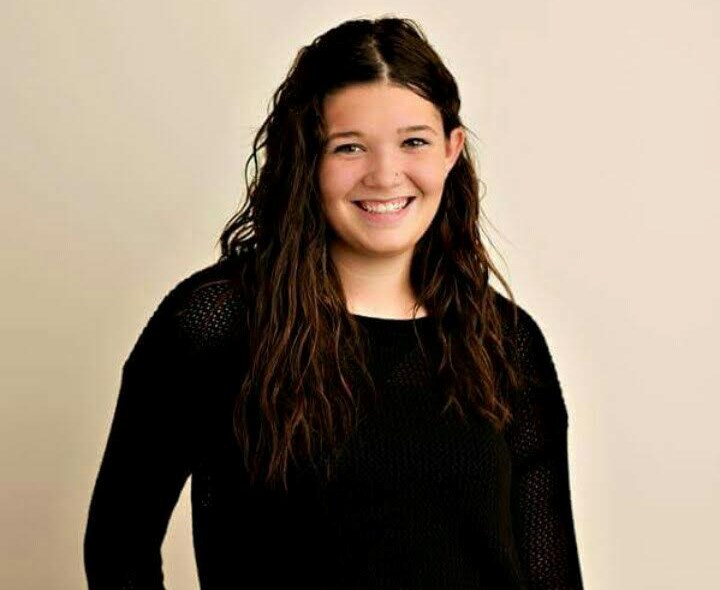 Adrianna Vanos is one busy young woman and all that hard work could pay off next month in the form of a $100,000 scholarship.

The Grade 12 St. James Catholic High School student is a finalist for the Loran Award, an undergraduate scholarship given by the Loran Scholar's Foundation for character, service and leadership.
Over 4,400 students applied for this year's scholarship and 300 earned interviews from which 84 finalists were chosen from across the country.

Up to 32 winners will be chosen at an event in Toronto Feb. 3 and Feb. 4 following a final round of interviews.

"It's really interesting in that they weren't just looking at marks, they were looking for dedication and leadership and people that give a lot of volunteer hours to their community. I thought that was really interesting," says Vanos of the scholarship.

The Loran Award is valued at $100,000 over four years of undergraduate study, including a $10,000 annual stipend, tuition waivers from one of 25 Canadian universities, mentorship, summer internship funding, an orientation expedition in Algonquin Park as well as annual retreats and forums.
"It would open so many doors," she says of the scholarship.

"It's just such a fantastic scholarship. Not just the financial part, but they give you a mentor, they open doors for internships in the summer. It would be a great opportunity to help make a difference and give back."

If she wins, Vanos would be the second St. James student to win the award. Neil Peet won in 2004.

If not selected as a scholar, every finalist is eligible to receive a $3,000 finalist award. In addition to being a top student, Vanos has been a dedicated volunteer through a number of initiatives, both in and out of the school.

She is the chapter president of Best Buddies, an in-school program that pairs other students with special needs students. Then there's the University of Guelph Science Olympics, Special Olympics, helping organize a Halloween food drive and taking part in activities at the Village of Riverside Glen retirement home twice a year.

She also worked in the Youth In Policing Initiative (YIPI) the past two summers and holds down a part-time job in Lennox-Addington residence cafeteria at the U of G.

"I like staying busy," she says in what is definitely a huge understatement.

Her goal is to become a speech and language therapist.

"I've applied to study linguistics at Western, University of Toronto, Ryerson and Kings College in Halifax (her first choice) with the goal of being a speech and language behavioural therapist," she says, saying it's a field that has always interested her.

"I guess they say 'you never work a day in your life if you love what you do.'"

In what little spare time she has Vanos, who has a younger brother, likes to read classic novels, watch musicals and write her own plays.