Company will be at November committee of the whole meeting
Sep 28, 2016 5:08 PM By: GuelphToday Staff 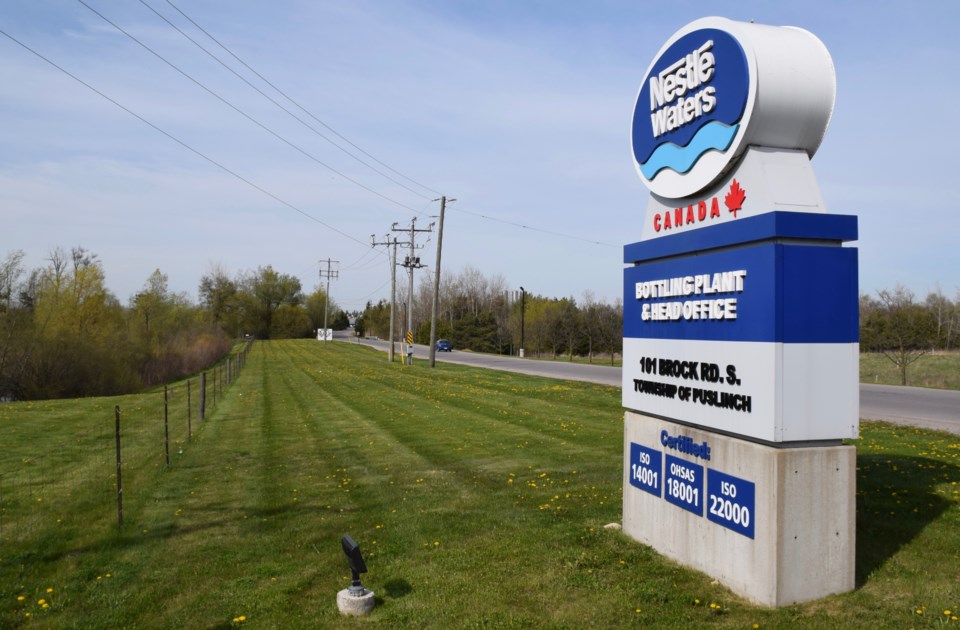 Nestlé Waters Canada has again defended itself against the brewing opposition to its water-taking and bottling operation in the Guelph area.

In a statement this week, following Nestlé-focused city council deliberations Monday night, the company said it welcomes the discussion at the council level.

“Over the last 15 years at our Aberfoyle plant,” the statement reads, “we have always had an open dialogue with the City of Guelph and hope to continue good relations as a local employer of 308 people, economic contributor, and partner on water research and sustainability.”

One outcome of Monday’s council meeting was a vote in favour of reviewing the future sustainability of water-taking from a watershed shared by the city.

As it has done recently, Nestlé once again stressed in the statement that all water bottlers in the Grand River Watershed, Nestlé Waters in Aberfoyle included, represent just 0.6 percent of the total permitted water-taking in the watershed. That figure comes from Grand River Conservation Authority data.

The company stated that while a report is being prepared by city staff on the issue, Nestlé is “keen to continue active listening and science-based conversations with all community stakeholders.” It plans to be a part of a Nov. 7 committee of the whole meeting at Guelph City Hall.

“We are hopeful that this public discussion will lead to a more collaborative and science-based approach in managing this valuable resource into the future,” the statement reads. “Nestlé Waters is proud to be a part of a community that cares so much about waters and its sustainability.”