When life gives you damaged tomatoes, you make tomato sauce 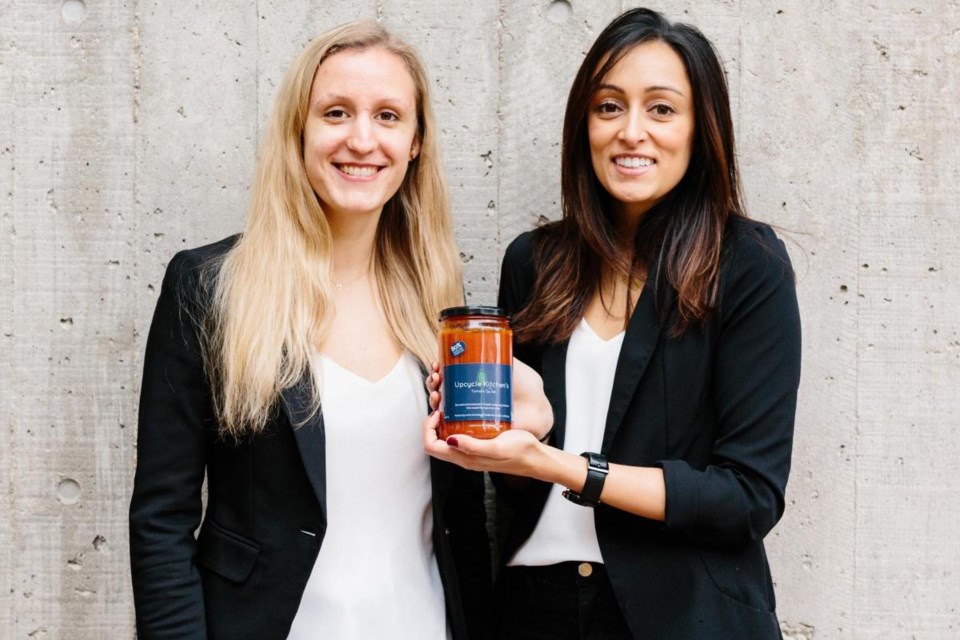 A new project called Upcycle Kitchen aims to repurpose food that would otherwise go to waste for not being cosmetically appealing enough to sell.

Upcycle Kitchen is a project of The SEED, a non-profit organization that aims to raise food literacy, provide more access to food and eliminate food insecurity.

Upcycle Kitchen aims to tackle the problem of throwing away edible food simply by taking it and turning it into something else.

So what can you do when life gives you damaged tomatoes? You make tomato sauce.

Two students from the University of Guelph did just that for their first project.

Laura Frielingsdorf and Kiran Bains partnered with The Hub Sandbox, an entrepreneurship program at the U of G, that gave them the opportunity to research and address food wastage problems as well as give them a chance to develop their entrepreneurial skills in the process of finding solutions.

The two College of Social and Applied Human Sciences students researched and consulted with customers at the Guelph Farmers’ Market and the Market Fresh store downtown to come up with products needed that could be the result of repurposing and developed a tomato sauce as their first prototype.

Bains said the process of research started when the team visited a wholesale distributor in Guelph called Green Liner six months ago where the owner showed them boxes of tomatoes that don't sell due to damage or their overall unaesthetic appeal.

“We went to his warehouse and he told us that they go through boxes of tomatoes wasted every week. We realized people love tomato sauce and a lot of tomatoes are wasted in our own little city here,” said Bains.

“So we thought it all matches up.”

Bains said she picked up a tomato to take home and was shocked at the significance of a little damage.

“It’s so minor. It’s sad actually because it was like a little dent,” said Bains.

According to a report published earlier this year by Second Harvest - the largest food rescue charity in the country that picks up food before it is thrown out - approximately 35.5 million metric tonnes, or 60 per cent of the food produced in Canada, is wasted.

From that amount, 32 per cent which is 11.2 million metric tonnes of edible food is thrown away.

The report says that the financial value of this wasted food is $49.46 billion.

Frielingsdorf said having a community approach where each community does something to promote their own repurposing of food is brilliant.

She said the team agreed on tomato sauce because it was a very popular item by potential customers.

“Everyone was very receptive and very excited to hear more about our idea so that was pretty great to hear that,” said Frielingsdorf.

Tom Armitage, social enterprise development coordinator at The SEED, is the current team leader on this project who is working with the team to form a business model that plans on researching, developing and perfecting recipes for their products so they can be sold in community food markets.

The two students won the Warren and Deborah Jestin Impact Award and the People's Choice Award at the student entrepreneurship competition at the university.

A promotional video for the project can be seen here.