'I think people are tired of cliques on council,' says Dominique O'Rourke, one of the two new faces on Guelph City Council
Oct 25, 2018 9:00 AM By: Tony Saxon 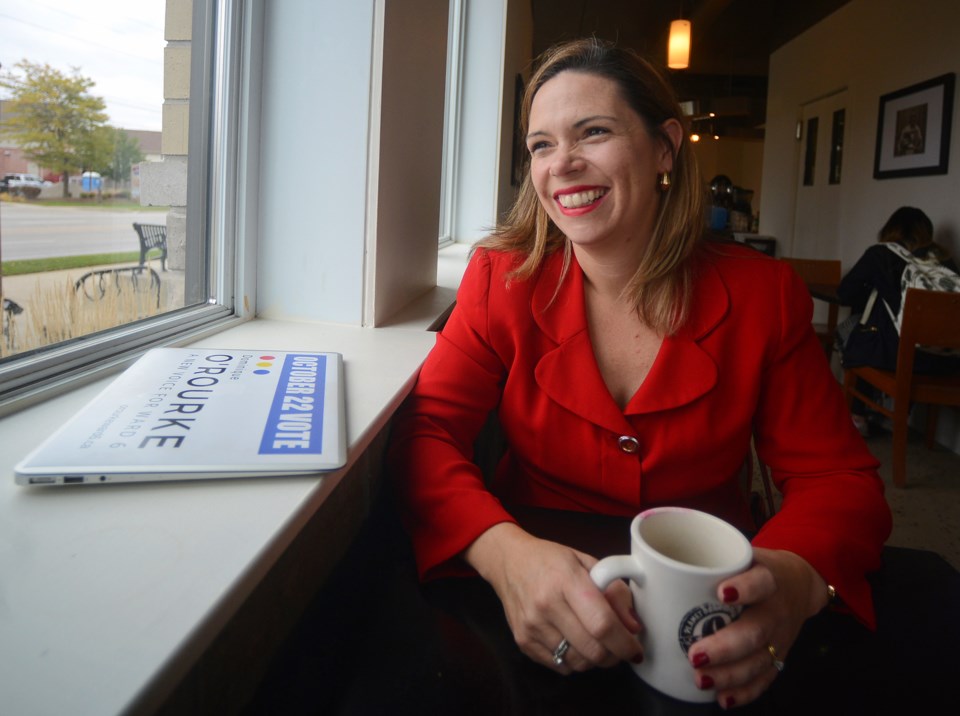 “I wanted to be the Prime Minister when I was a teenager,” says Dominique O’Rourke with a chuckle, sitting in a south end coffee shop discussing her recent election as councillor for Ward 6.

She got close to Prime Minister, at least in a physical sense, serving as a page in the House of Commons, a tour guide in parliament and later a parliamentary intern.

Locally, she first thought of running for council in 2014, but the timing wasn’t right. It would have meant taking a leave of absence from her then full-time job with the province and her son and daughter were 8 and 10 at the time.

“I’ve been involved in the community for 20 years. For me it was the logical next step in my community involvement,” says O’Rourke, an Ottawa native who first moved to Guelph to work for the Co-operators.

“This way I can align my personal and professional passions.”

Her showing on Monday was impressive and perhaps a little bit surprising.

Not that she didn’t earn or deserve it.

Like most candidates, O'Rourke (literally) put in the leg work in getting elected.

The weekend before election day O'Rourke and her team distributed 8,300 information cards in the ward. Overall she was out canvassing over 90 times, walkling over 250 kilometres in hitting over 150 streets.

“All the candidates in Ward 6 worked their tails off,” O’Rourke said, “so I don’t know if it was more effort.”

She thinks 20 years of networking in Guelph, and a strong group of volunteers who advocated on her behalf throughout the ward, that played a big role in her getting elected.

But on Monday night, as she and her supporters gathered at State & Main to watch the results roll in, even she admits she was a bit surprised as her totals grew and grew.

“I was thrilled. Really excited and so humbled. Four thousand people changed their routine to go cast a vote for me,” she says.

“I’ve been building networks in Guelph for 20 years …. But was I surprised? Yeah, probably a little bit.”

Politics, even on a municipal level, is often seen as partisan. Real or not, councillors are often seen as belonging to slates or cliques and having aligned political ideologies.

But O’Rourke ran on a platform of being non-partisan, something she believes may have resonated with Ward 6 voters.

She was asked many times at the door while canvassing whose “side” she was on.

“I think people are tired of cliques on council,” O’Rourke said.

Then it’s into the deep end: budget deliberations and a host of issues near and dear to her Ward 6 heart: getting the South End Community Centre built and addressing her concerns about the density along Gordon Street in the preliminary Clair/Maltby plans and rethinking the Hanlon Creek Business Park.

Outspoken? “When I need to be.”

Aggressive? “Depends on the issue.”

“I don’t tend to be aggressive in any of my dealings,” she said. “I think we arrive at a better decision that way.”

But for now it’s picking up election signs and writing “thank-you” cards.