Those efficiencies could include less space needed for the same library plans and an increase in property tax revenue from the Baker Street redevelopment
Sep 10, 2020 11:13 AM By: Tony Saxon 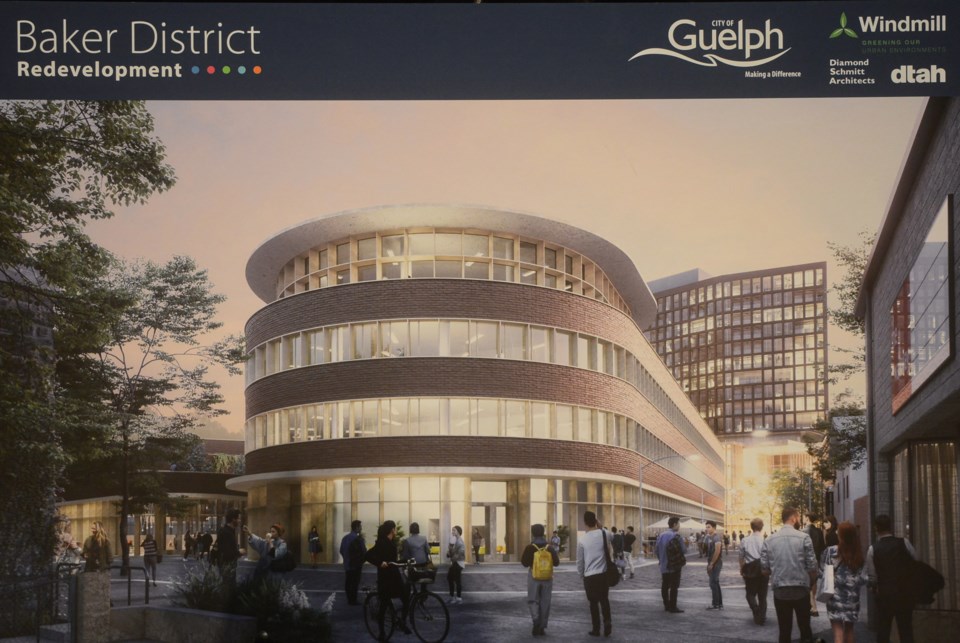 City staff are providing a new option for a new main library that would see it shifted to the opposite side of the Baker District redevelopment.

Current plans call for a new library to be located on the northwest corner of the Baker District redevelopment, connecting to Wyndham Street and anchoring the bottom floors of a residential condo tower.

The new option would see it move to the south end of the site and be a standalone building.

Stephanie Guy, project manager, special projects, with the City of Guelph, told GuelphToday that the new proposal would not impact the amenities or programming at the new library, but would allow for some efficiencies and potentially a reduction in size based on those efficiencies.

“The shape will change based on the new location, but we’re not proposing any changes to what was originally set out,” said Guy. “But due to the nature of the structure, now that it’s not part of a condo building, we’ll be able to reduce some of the square footage based on efficiencies, hopefully.”

She said they don’t yet know the extent of those efficiencies. Those would be reviewed further if the new plan is approved.

“Essentially we’re proposing this new idea to council then if it is approved, we’ll be able to investigate that further,” Guy said.

She said those efficiencies are definitely one of the advantages of the new option.

“It wasn’t the main factor, but it’s one of the pieces,” she said of those efficiencies.

The option will be presented to council at it’s Oct. 5 committee of the whole meeting.

“This new alignment provides a simpler, overall site layout while allowing for the same amenities and programs planned for the original library space. There’s also the opportunity to move the institutional space to the north tower,” said a city news release.

Those efficiencies include an increase in property tax revenue and improvements to the “overall financial viability of the project,” without affecting the developments original objectives.

More details about the alternative site layout will be released Sept. 24.