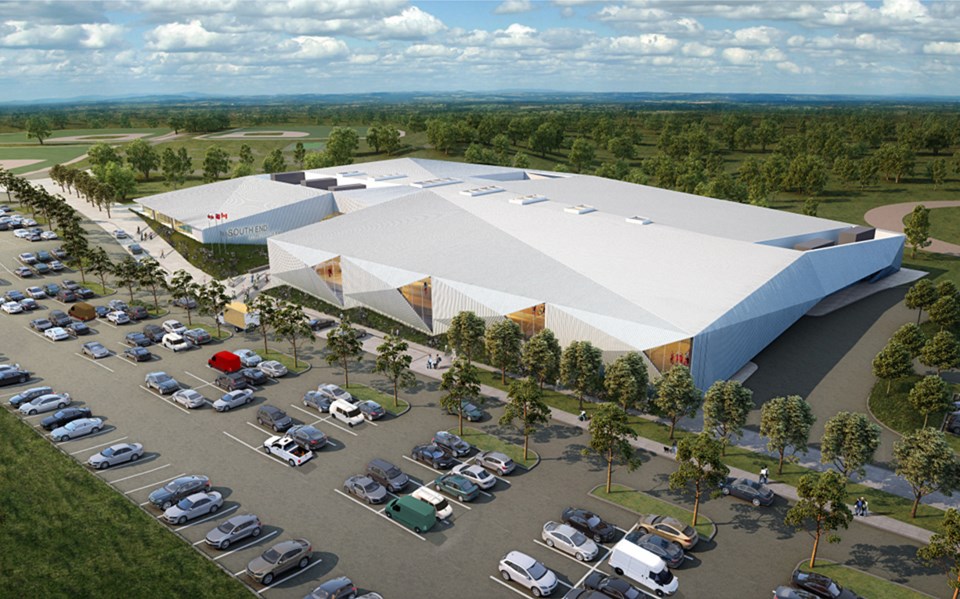 City council is set to make decisions soon on two of the most expensive projects in the city's history – $62 million on a new main library and $80 million on the South End Community Centre.

While both projects involve a significant spend and are coming up for approval at the same time, Guthrie is quick to point out they have vastly different pay structures and it’s not a matter of picking one over the other.

The community centre is to be largely covered by development charges while the bulk of the library cost will be footed by taxpayers.

“That is a very important ... difference between these two projects,” he told GuelphToday. “It’s not fair to pit them against each other.”

Both matters will be presented during council’s Oct. 5 Committee of the Whole meeting, which begins at 1 p.m. Following staff presentations, delegates will have an opportunity to speak out for or against each, after which council will vote on recommendations to refer the projects to a special council meeting on Oct. 7.

Guthrie’s “desire” for Oct. 5 is to hear from as many delegates who want to speak out about the projects, with council using the time between meetings to “digest” what they’ve heard so they can “hunker down” and decide the fate of each on Oct. 7.

“We are trying to steer everyone as best as we can … to the 5th,” he said of delegates, acknowledging  delegations are also allowed during the Oct. 7 council meeting. And like all projects, the budget approval process provides an opportunity for council to re-address previous project approvals.

“I would hope that some clear direction is given on the 7th … and we not look to re-hash these things over and over again.”

The two-day turnaround, Guthrie explained, is to allow city staff to include necessary spending in their upcoming draft budgets, as well as provide “some certainty” for Windmill Development Group, which is a partner on the Baker District plan.

The library is part of the Baker District project – redevelopment of the Baker Street parking lot and nearby properties. In addition to a new, standalone 88,000-square-foot main library, the plan includes two urban squares and parking, as well as residential, institutional and commercial space.

The project’s overall cost was previously estimated at $116.9, with $67.1 million attributed to the library.

In light of several factors, including difficulties securing an institutional partner that was to share the library building, a number of changes to the layout are proposed. Among them is making the library a standalone, three- or four-storey structure in the south end of the site, rather than housing it in a residential and commercial tower at the north end.

The proposed changes are expected to bring down the overall cost by about $25 million – $5 million specifically for the library.

Guthrie, who has raised concerns about the library’s cost in the past, isn’t sure if $62 million is an acceptable pricetag for Guelph residents. If approved, the project will result in a 0.39 per cent per cent tax increase for a 20-year period starting in 2021.

“I really need the community to speak up and tell me what they’re looking for,” he said of the library. “I am compassionate to the realities that face our city right now and the citizens and the businesses that will have to pay for it.

“Is now the right time to be hamstringing the taxpayers on a project like this?” he questioned, acknowledging the uncertainty of how long the pandemic and associated economic impact will persist.

Reasons provided for the layout changes include “significant complexities” of the legal agreements and business terms required to house the library as part of the residential tower, and a current lack of interest from an institutional partner — a circumstance said to be exacerbated by COVID-19 and the fact many colleges and universities are offering most of their courses online.

Project layout changes are expected to result in a one-year delay in construction, which is expected to begin in 2022.

When it comes to the South End Community Centre, Guthrie is in full support.

“We need more recreational services in the city and the south end has none. That has been a growing community and it will be a continued growing community for some time,” he said, noting the allocation of development charge dollars or taxpayer funds is also a factor for him.

With an estimated price tag of $80 million, up from $68 million, the 165,000-square-foot facility includes a pool, two gyms and two ice pads, to be built on Clair Road, beside Bishop Macdonell Catholic High School, just north of the Larry Pearson baseball complex.

Much of the price increase, notes a staff report, is attributable to the community net zero carbon and corporate 100 per cent renewable energy goals. Several features have been added with environmental sustainability in mind.

They include energy conservation-related construction costs, the use of energy efficient equipment and the inclusion of renewable energy infrastructure which will add about $6.5 million to the cost.

Development charges are expected to cover about 85 per cent of the cost, with the rest – about $11.2 million – contributed by taxpayers.

If the project changes and budget are ultimately approved, construction is expected to begin in 2022. Opening is tentatively set for autumn 2024.