At least one member of Guelph City Council feels doing so sends a message of 'demolition by neglect'
Jan 14, 2019 4:48 PM By: Tony Saxon 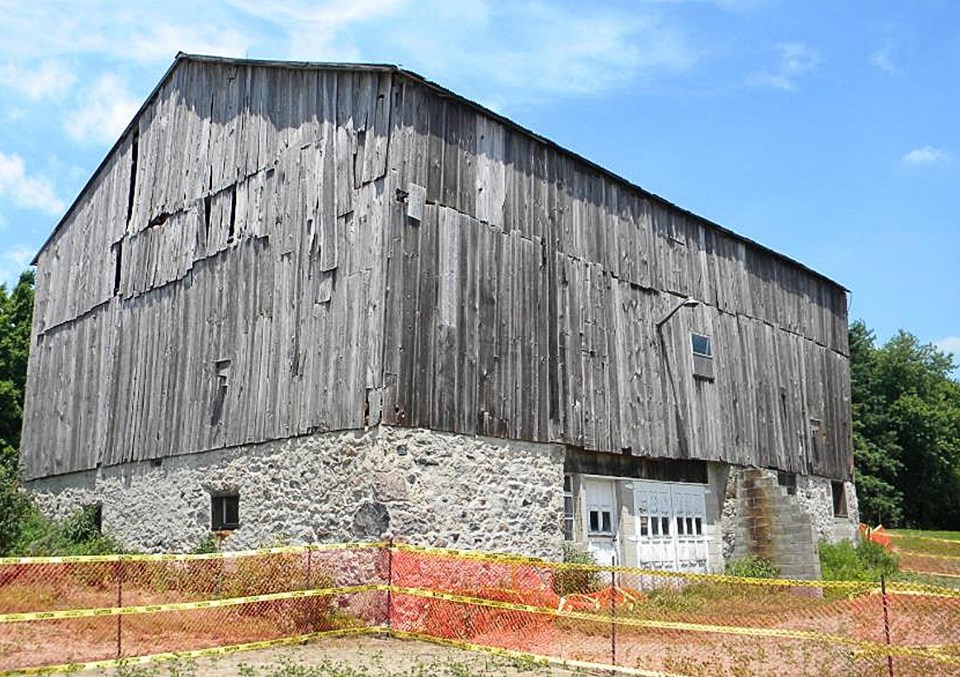 The owner of an “unsafe” 19th century barn just south of Guelph wants the building removed from the city’s cultural heritage register.

Some members of Guelph City Council and the public are worried that will clear the way for the barn to be demolished.

The so-called Weir Barn at 2093 Gordon St., across from Springfield Golf Course, was built around 1870 and lies in the Clair/Maltby area that is scheduled for some major development in the near future.

The owners have requested that the barn be removed from the city’s Municipal Register of Cultural Heritage Property.

That would allow the owner to dismantle the barn if they so choose.

Council voted 9-4 in favour of a staff recommendation approve the removal of the barn from the cultural registry on Monday. It comes back to council on Jan. 28 for a final vote.

Councillor Leanne Piper is worried about the message being sent to other owners of heritage barns in the city.

“It sends a message to other barn owners that demolition by neglect is how you get off the register,” Piper said at Monday’s meeting of council’s Committee of the Whole.

An engineering consultant’s report has determined the barn is unsafe and “vulnerable to collapse.”

Delegate Susan Ratcliffe, representing the Architectural Conservancy of Ontario, urged the city to force the owner to maintain the barn, something city staff said it would have to look into as far as its power to do so.

“Don’t let these barns be victims of the winds of change,” Ratcliffe said in defence of rejecting plans to demolish the barn.

City staff said there had been some discussion with the property owner that the key historic elements of the barn, the heavy wooden interior framing and the stone foundation, could be preserved and stored if the barn were to be taken down.

“Staff recommend that 2093 Gordon Street be removed from the Municipal Register of Cultural Heritage Properties and that the proponent work with the Senior Heritage Planner to determine a strategy to guide documentation, careful disassembly and storage of the Weir farm barn until such time as the Clair-Maltby Secondary Plan policies are in place to guide a plan to commemorate the Weir farm barn and to guide the ultimate development of the subject property,” reads a staff report.

Staff was also unsure about it’s authority to force the owner to maintain the barn, something they plan on looking into before the request comes back to the full meeting of council later this month for a final decision.

“Can we compel the owner to make the barn safe?” asked coun. Mike Salisbury.

Staff will also hold further talks with the owners their willingness to store certain historic elements if the barn were taken down.

They will bring the information back to council before the final vote.

Rotary's Indigenous Awareness Committee offers learning opportunities to the public
Sep 24, 2020 7:00 PM
Comments
We welcome your feedback and encourage you to share your thoughts. We ask that you be respectful of others and their points of view, refrain from personal attacks and stay on topic. To learn about our commenting policies and how we moderate, please read our Community Guidelines.