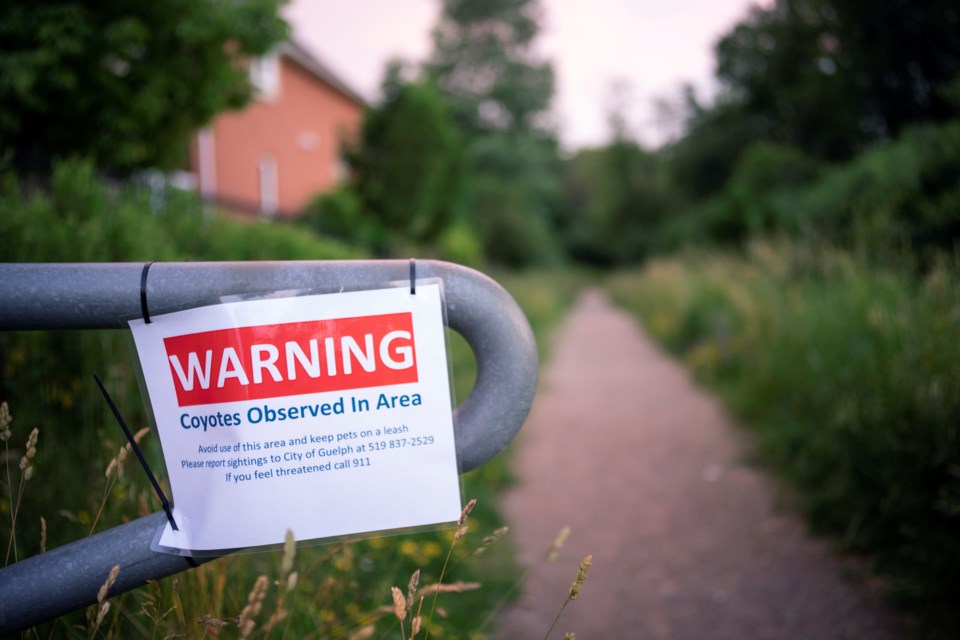 A sign warns trail users of the dangers of aggressive coyotes at an entrance to Preservation Park in the city's south end. Kenneth Armstrong/GuelphToday. File Photo.

General manager of Parks and Recreation, Heather Flaherty said the city is asking its residents not to use the trails, to keep their dogs on a leash and to stay out of the area.

Flaherty said the city had an update meeting with the Guelph Humane Society and Coyote Canada Watch on July 19 on how to proceed with the situation.

On July 5, the city tweeted the closure of the trails due to increased coyote encounters.

Signs are posted at the heads of the trail, the majority of which stretches between Kortright Road and Edinburgh Road.

On July 4, a Guelph woman reported being stalked by a large, healthy coyote on the trail behind Terraview Drive and then the coyote charged at her and her full-sized dog.

A Guelph Humane Society spokesperson said it was likely the coyote had a den nearby and was protecting its young.

Coyote sightings are not uncommon in Guelph, but the frequency and brazenness of the encounters have the city and dog walkers concerned.