Trash talk is encouraged in the upcoming live streamed debate to promote electric vehicles
May 30, 2020 10:00 AM By: Kenneth Armstrong 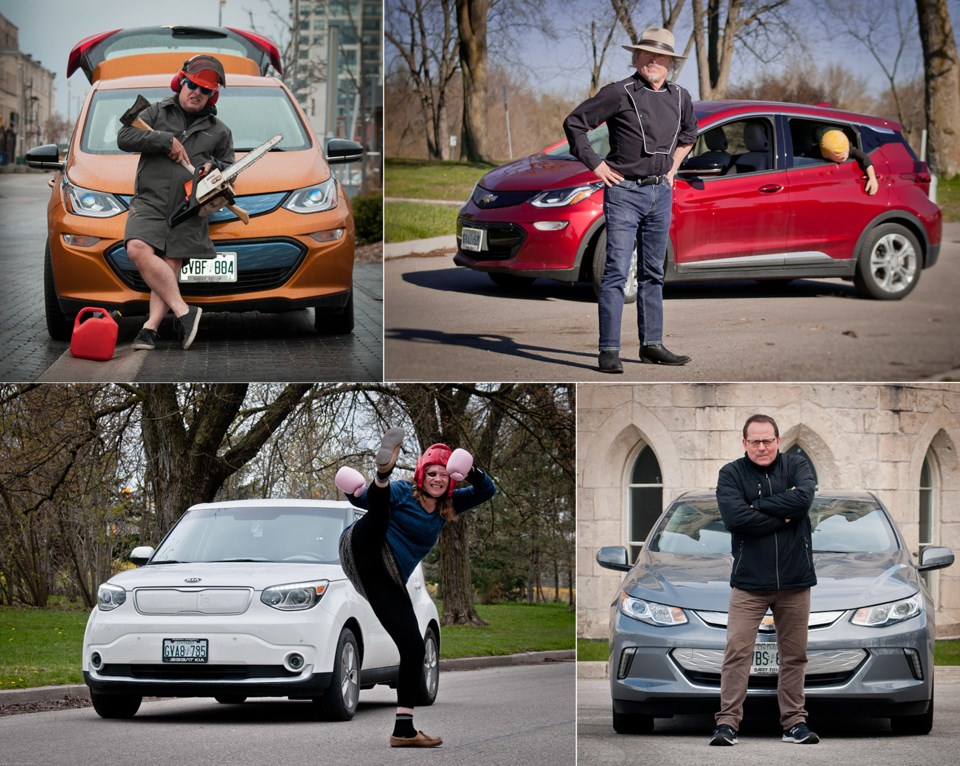 The debate over climate change may be over for some, but a debate over which Guelph politician has the best electric vehicle has just begun and will soon be live streamed as a virtual ‘Street Fight.’

eMERGE Guelph Sustainability holds a number of events per year, including a show promoting the use of electric vehicles (EVs), but car shows are yet another casualty of the COVID-19 pandemic and can’t be held.

Evan Ferrari, executive director of eMERGE, said the organization had to find a different way to get EVs in front of the public’s eyes and came up with a virtual ‘street battle’ concept, pitting Guelph politicians who have them to debate why theirs is the best over a video live stream.

“We wrestled with a creative way of doing that and of course we could get all kinds of manufacturers out there slugging it out and we thought why don’t we have some fun with it?,” said Ferrari. “I think the fun part is really important. I’d say it’s important because fighting climate change can get bloody depressing.”

Ferrari said the politicians bought into the concept, even posing for some goofy photos with their vehicles wearing costumes and flexing ‘tough guy’ poses.

“You can see by the photographs —they really surprised us,” said Ferrari.

The format will be one familiar to any politician, a good, old fashioned debate.

There’s irony in that, as Ferrari notes climate change stopped being an debate decades ago.

“The science has been overwhelming,” said Ferrari. "We need to accelerate the switch away from gas and diesel powered vehicles to electric as soon as possible to help fight climate change.”

The Street Fight is a way for eMERGE to change the talking points that sometimes come with discussions about EVs from techno-speak to ‘does it get the kids to soccer practice?’

“When someone buys a new car, used or otherwise, unless they are car geeks they don’t talk about things like pound feet of torque or horsepower,” said Ferrari. “We don’t want to have a fight about whether to go with an EV. We are changing the narrative and the narrative here is which one should I buy or consider buying?”

It may help that many of the politicians are bringing different kinds of EVs to the Street Fight, each participant tasked with proving why theirs is the best.

Ferrari said Herold also bought in and was immediately game to guide the politicians through the debate.

“It just put a smile on his face right away,” said Ferrari.

Among the tools at Herold’s disposal will be the ‘penalty box’, otherwise known as the mute button.

Registration for the June 4 event is free to watch. Click here for more information.

“I don’t know what to expect, to be honest with you, because it’s so far off the wall from what we have done in the past,” said Ferrari.