The vicious cycle of pandemic hoarding isn't necessary: U of G expert

It's due to unanticipated demand for certain products, rather than a lack of supply
Sep 30, 2020 1:00 PM By: Ariel Deutschmann 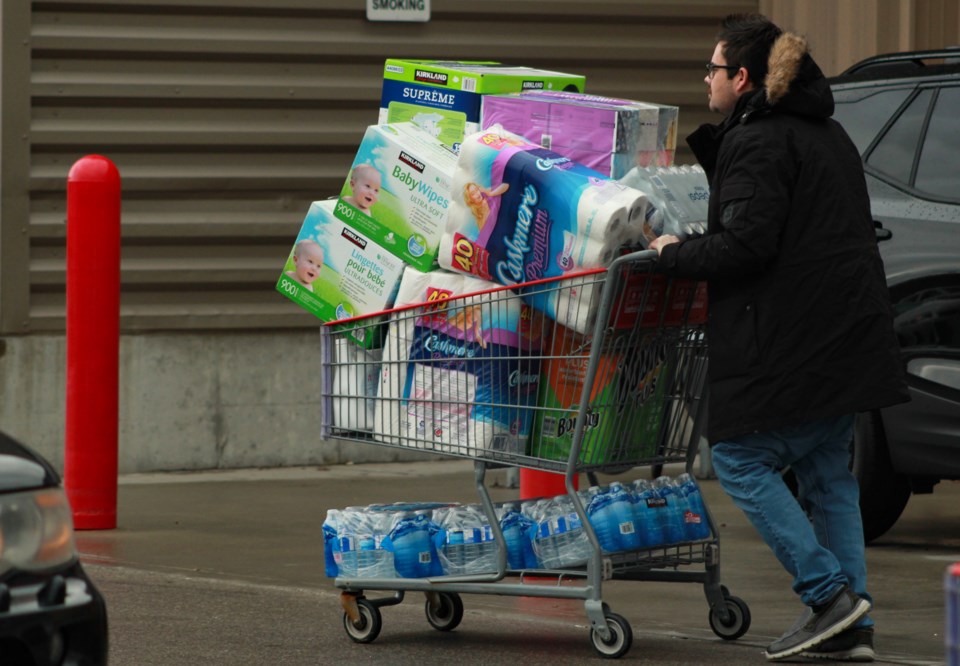 With the number of COVID cases rising across the province, we are starting to see the return of grocery hoarders.

Before, many items such as toilet paper, hand sanitizer, flour and other goods were disappearing from store shelves, leading to temporary shortages.

Now, with transmission rates increasing, this is leading many to wonder what will happen to grocery stores if the next outbreak happens.

Michael von Massow is a professor and food economist in the Department of Food, Agricultural and Resource Economics at U of G who studies the performance of food supply chains.

Massow says when certain products were missing from shelves, these shortages are the result of our own spending habits.

“There were some fundamental changes in demand (during the pandemic), and so the demand for some things simply went up because we changed our behaviours.”

According to him, the problem this past March was an unexpected increase in demand, not a lack of supply from retailers.

“Restaurants closed and we still needed to eat, so the place we got that from was grocery stores.” says Massow, “Retail demand would’ve had to have gone up 15 to 20 per cent because we weren’t eating out anymore.”

During the first outbreak, people also started panic buying, which comes from a need for security. Massow says an example of this was the rise in toilet paper sales as people were unsure if grocery stores would remain open.

“In this case, we’re seeing it now with paper towels, and paper towels relate largely to the need to sanitize more.” says Massow.

With people returning to work, kids going to school and people expanding their social bubbles, these all result in people feeling the need to be prepared by picking up more paper towels during their next  trip to the store.

However, Massow says residents don’t need to fill their basement with paper towels.

“Often, that hoarding behaviour feeds on itself and we’ve got that vicious cycle.” says Massow, “It leads to more shortages and becomes this psychological prophecy.”

Seeing others stocking up adds to the perception that there is a lack of availability for certain items, which may result in more people deciding to stockpile.

“These are unexpected levels of demand,” says Massow, “And the supply chain can adjust by producing it and building inventories again so we can meet the unanticipated level of demand.”

He adds since the first wave, grocery stores and their suppliers have learned from these experiences, making them more equipped to deliver goods during a second outbreak.

“Within the context of the second wave, and I would expect that we will have fewer of them now, and the ones that we do have, they will resolve them quickly.” says Massow.

“I think that people are counting on that uncertainty and are forecasting that for the fall. I think there will be less of a shock this time.”

For any residents that need more convincing, Massow points back to how suppliers adjusted after these shortages.

“The system caught up and it was okay, and we’re not going to be fundamentally short of these products long term.”

This week in GuelphToday+: Last chance to come Home and still time to be published across the Village network
Jan 27, 2021 1:45 PM
Comments