U of G launches cookbook directed at cutting food waste 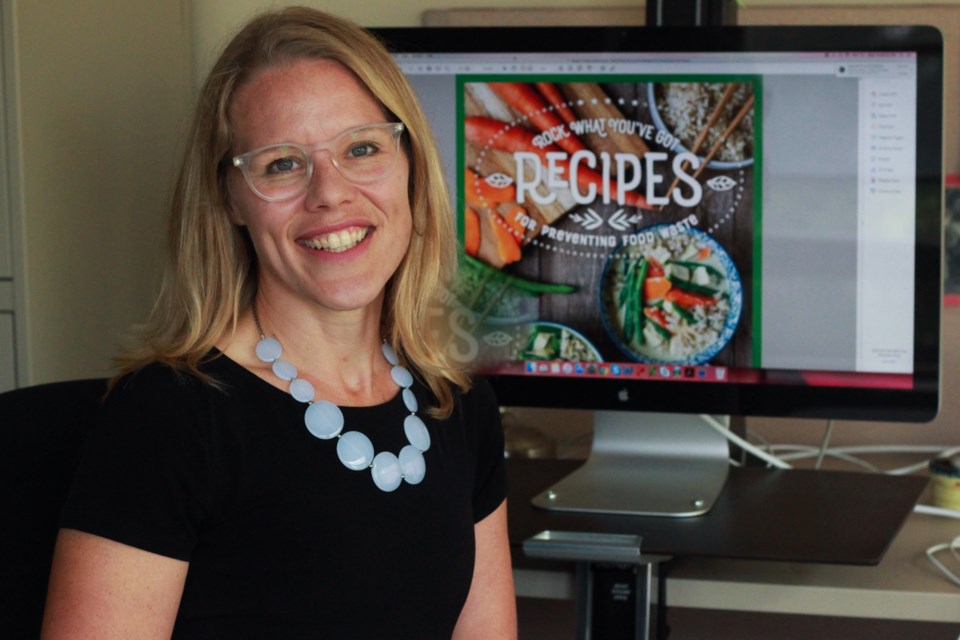 A new cookbook produced by the University of Guelph is aimed at helping families eat better and eliminate food waste.

New research from the Guelph Food Waste Research Group (GFWRG) and the GFHS showed that families with growing children waste nearly 3 kg of edible food each week which can cost them over $1,000 a year.

To combat this waste, the GFHS launched  Rock What You’ve Got: Recipes for Preventing Food Waste.

“Our goal is to understand best how to help families develop healthy habits early in life,” said co-director of the GFHS Jess Haines adding that the families the department works with specifically asked for help with improving their diets.

“They wanted actual recipes, so that’s how the recipe book series began,” said Haines about the five-month project.

The cookbook includes recipes that take 20-30 min to cook of active prep and cooking time using no more than eight to 10 common ingredients to create dishes such as tomato risotto with grilled romaine lettuce, apple burgers with potato salad and a roasted pepper and chicken sandwich.

It also includes tips from The Love Food Hate Waste Canada campaign, an initiative of the National Zero Waste Council for organizing meal planning, re-using leftovers and finding ways to use everything in the produce drawer.

There are three categories of recipes in the cookbook including:

Researchers worked with chefs in the Food Innovation and Research Studio (FIRSt) at George Brown College with the help of funding from The Helderleigh Foundation, an organization dedicated to raising food literacy.

“We also wanted to reflect sort of a diversity of different food options. And so they (FIRSt) came up with those incredible recipes that hit all of those targets and so nutrition is also a piece of certainly wanting to focus on fruits and veggies which they also did,” said Haines.

Haines was involved in the early research of this project where the department was looking at food waste and families.

“And so there, we could sort of identify that it had to be that there was a fair bit of food that's coming into the homes that were being wasted,” said Haines.

Experienced with four cookbooks in the past, Haines and her co-director David Ma got the idea of helping families reduce their food waste because of the important implications for the environment and for the economics in the family.

“But what's really interesting to me as a nutrition professional is most of what they throw away is fruit and vegetables. And so there's sort of this great sort of substantial nutritional loss that they're bringing it into the home but then they're not eating it and often, it goes into the garbage instead of them eating some more fruits and vegetables,” said Haines.

“So this cookbook was inspired by those findings and the ideas the cookbook helps provide tips for reducing food waste with the goal of helping improve and increase fruit and vegetable intake.”

Readers can download a pdf copy of the cookbook as well as watch recipe videos online.

Haines said the GFHS is currently recruiting families with children ages 18 months to 5 years to be a part of their study. To join or learn more, click here.