In Our Father's Footsteps will retrace 60 km of researched routes taken by Canadian soldiers in the Netherlands
Feb 7, 2020 7:00 AM By: Anam Khan 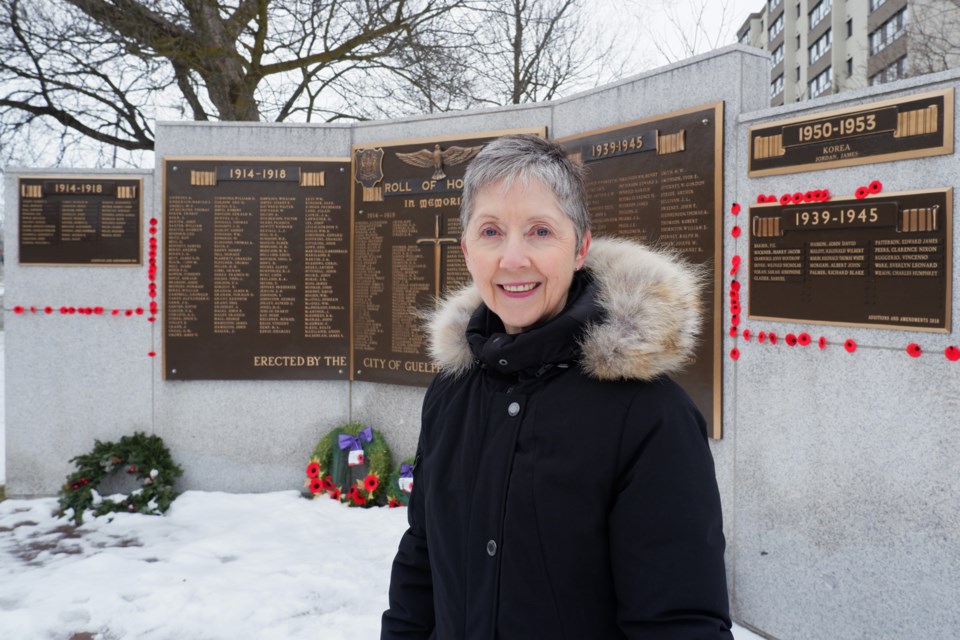 This spring, four Guelphites will be among the 150 Canadians travelling to the Netherlands to commemorate the Canadian soldiers that served the Liberation of the Netherlands in the Second World War.

“It’s so exciting. Three months away, we’re going to be there and do all the things that have just been a dream,” says the organizer of In Our Father’s Footsteps (IOFF), Karen Hunter, who spent years gathering information through memoirs of her father to retrieve the routes.

In May, descendants of the Second World War veterans across Canada will march in their father’s footsteps on a 60 km walk of researched routes of the first, second and third Canadian divisions in platoons with professional guides. The tour will celebrate the 75th anniversary of the Dutch liberation where Canadian troops freed the Netherlands from Nazi occupation.

“That country shows gratitude for it right to this day,” said Guelph historian Ed Butts.

“You sort of have to picture the allies advance into Europe after the landings on D-Day. You have the American and the British, and the Canadians were up sort of on the left, which put them in the area of the Netherlands and Belgium and they referred to the Canadians as Cinderella on the left,” Butts said.

When Hunter studied the memoirs of her father, she came across his friend's name, Sergeant Harry Jacob Bockner who passed away during the Dutch Campaign and never came back home to Guelph.

Hunter then contacted the Guelph Museum and as a result, they installed the plaque right in time for Remembrance Day in 2019. Hunter said it was this act of remembrance that sparked a desire to honour those that never came back home to their families in Guelph,

“They are every bit as much of this commemoration. Their names happen to be here but they’re in the Netherlands,” says Hunter.

To honour those who never came home, Hunter is supporting the efforts of the Faces to Grave initiative, a Dutch foundation that is creating a virtual memorial for all those buried in the Groesbeek Canadian War Cemetary.

The names, photos and stories of those veterans will then be engraved on plaques and placed on the graves of Groesbeek cemetery for two weeks during the 75 anniversary of the Liberation of the Netherlands from May 2 to May 16.

Butts researched Guelph archives to obtain information about the 13 Guelph soldiers buried in the Groesbeek Canadian War Cemetary which was then sent to the Faces to Graves foundation by Hunter. However, much of the information wasn’t enough.

“Their interest is to have personal stories that go beyond obituaries and military statistics and talk about their dreams, their personality, their hobbies,” says Hunter. “That can really only be obtained from relatives.”

Hunter says the decision to organize this entire event was triggered by a curiosity to learn more about her father and she says the descendants who signed up for the event share the same curiosity and passion as she does.

“The only way I can describe it is, it's as though we share the same DNA. It’s like we’re one big family of descendants. When they write to me, they write the same thing I say, ‘my father seldom spoke about his war experience,'" says Hunter.

She says when she shared the idea of this walk, she received passionate responses from parents, children and siblings who wanted to have a family experience.

Hunter says IOFF will be an educational, cultural and spiritual experience inspired by the Camino de Santiago pilgrimage where participants will have a chance to honour those who engaged in the deadly battle.

“Walking as a group, and sharing stories and seeing things up close is what really appealed to me,”  says David Thompson whose father served in the 19th Field Regiment, Royal Canadian Artillery, 63rd Battery from Guelph and also self-published a book that details the history of 19th Field Regiment titled Armoured Trains to Wooden Locomotives.

Thompson says while he has been to the Netherlands for tours in the past, this tour will be different because he will be visiting with his daughter collectively with a group that will go in rural areas of the Netherlands.

“It’ll be interesting to see her reaction to the things we come across,” says Thompson about his daughter accompanying him the walk.

Hunter is asking any Guelph families with information of the 13 soldiers to contact the IOFF.

The  13 Canadians buried in the Groesbeek Canadian War Cemetary are: