Good move, but not enough: Wellington Water Watchers on the possibility the province could extend the current moratorium
Nov 6, 2018 1:15 PM By: Tony Saxon 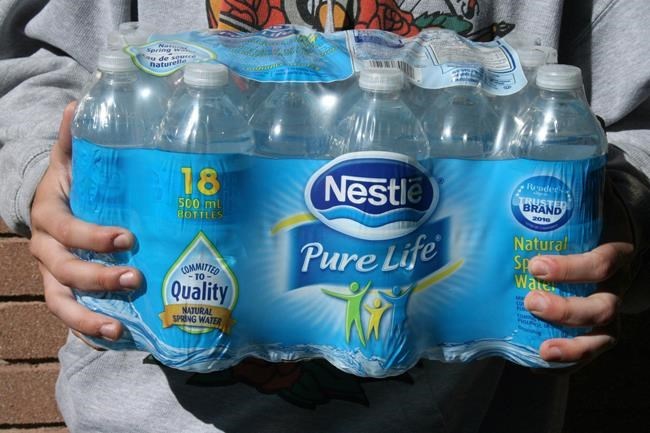 Wellington Water Watchers are pleased the province is looking at extending the moratorium on new permits for bottled water, but feel it’s still not enough.

Ministry of Environment Conservation and Parks is gathering public input after proposing a one-year extension to the current moratorium on new permits to take groundwater for bottled water.

If it passes, the move would extend the moratorium until Jan. 1, 2020.

Wellington Water Watchers advocates for a complete phase out of permits to bottle water in Ontario.

“Right now the moratorium extension is a proposal and we’re confident they’ll go ahead with it … but it doesn’t go far enough.

The province is accepting public comment until Nov. 29.Wellington Water Watchers is dedicated to the protection, restoration and conservation of drinking water in Guelph and Wellington County.

“We’re certainly encouraging people to go on there and register their vote. We’re hoping people will vote in favour of the extension,” Case said.

The purpose of the extension is to give the ministry time to further advance the Ministry's understanding of the water resources in the province, with a particular focus on groundwater takings by water bottling facilities.

Case said it shows that public pressure can create action at the provincial level.

“I think so,” he said. “I know the original moratorium of the Liberal government definitely came out of what was happening all around Wellington County and Ontario, in regards to their concerns to long-term groundwater management and the place of water bottling in that.”

There are concerns locally with the water taking of the large Nestle plant in Aberfoyle as well as in Centre Wellington, where Nestle purchased a well just outside Elora.

Centre Wellington Council passed a resolution in June requesting a four-year extension on the moratorium.

“A lot of people are questioning whether that’s a smart use of groundwater” in light of climate change and population growth, Case said.

Centre Wellington is concerned there won’t be enough groundwater to supply enough water for its projected population growth in the future.

It posted an update on the township web site.

"In June, Township Council approved a resolution - requesting that the Province of Ontario extend the province-wide moratorium on commercial water bottling until January 1, 2023. The Township met with Minister Rod Phillips and MPP Ted Arnott at the annual Association of Municipalities of Ontario annual general meeting to further lobby for the extension to the moratorium.

"Although the proposal from the MECP indicates a proposed date of January 2020, if approved, would allow an additional year to complete the Centre Wellington Scoped Tier 3 Water Budget, the Township's Long Term Water Supply Master Plan as well as the Provincial water management policy review."