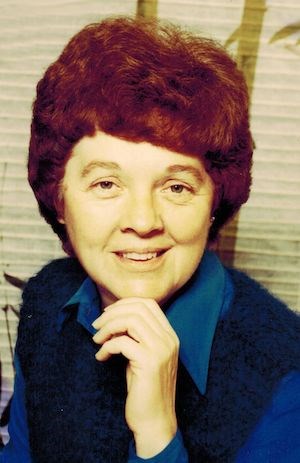 Passed away peacefully on Tuesday, June 16, 2020, at The Elliott Community, Guelph, Ontario. Margaret was born on August 24, 1931 in Toronto, Ontario where she lived before moving to Guelph in 2017.

Margaret was a retired kindergarten teacher and school librarian with the North York Board of Education. She remembered with great fondness and affection all the students who passed through her classroom. Margaret was an accomplished tennis player, golfer, curler, and avid Bridge player, all at Thornhill Golf and Country Club. After retirement, she volunteered extensively at the Richmond Hill Library and St. John’s Rehab Centre in North York. Margaret loved movies and theatre and travelled extensively in Canada, the United Kingdom, and the Caribbean. She loved her miniature poodle Jody for all her days. Most of all, Margaret loved her family.

Cremation has taken place and it was Margaret’s wishes that there be no service. Interment will be at Prospect Cemetery in Toronto at a later date. Arrangements entrusted to the WALL-CUSTANCE FUNERAL HOME & CHAPEL, 519-822-0051 – condolences can be sent to her family via the funeral home website below Margaret’s notice.

Memorial contributions to the St Johns Rehab Centre (donate.sunnybrook.ca/donatesjr18) or to the Elliott Community would be appreciated.

A tree will be planted in memory of Margaret W. Mooney in the Wall-Custance Memorial Forest, University of Guelph Arboretum.