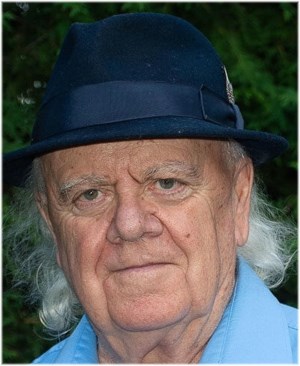 After a tempestuous year-long battle with a relentless neuroendocrine tumor, we’re saddened to announce Alan Pickersgill has died.

Alan was predeceased by his parents Marjorie (nee Brennan, 2002) and Charles (2009), and nephew Ruairi Ashmore (1997). Alan is survived by brothers Edward, Ronald, and James. Alan leaves his beloved wife and partner Lynne Hulley. He was the dispenser of logical and occasionally befuddling advice to his sons Dylan, Chris (Laura Kelly), and Ian (Meghan Dusdal), and daughter Emily. He was the deeply proud, adoring, and book supplying grandfather to Madelaine, Nathan, Edwin, Taryn, Rhys, and Rowan. He valued his friendships with Jim and Eda Robinson, Susan and Grant Chenoweth, and a wide circle of extended family and friends local and abroad. Alan and Lynne’s west highland terrier Charlie will miss their daily walks through the St. George’s park neighbourhood.

Born in Glasgow, Scotland, Alan and family emigrated to Canada in 1957. A Millwright by trade, and an activist by heart, Alan steadfastly sat on the progressive side of municipal, provincial, and federal politics. He voted – always with his conscience – in every election. He lived his values of equity and inclusion as an organizer and advocate for the oppressed and marginalized. He believed in environmentalism, non-violence, and social justice. He valued public education and took delight in reminding his kids there was really no excuse not to earn 100% in their maths.

Alan was a writer and photographer. He was a voracious reader and knew the value of public libraries to their communities. He enjoyed scrabble, darts, and building Lego with the wains. He could fix anything household or mechanical. He supported local independent businesses and the Guelph Farmers’ Market. He loved rock ‘n’ roll, the delta blues, a curry, a pint, and a dram. He would have taken solace knowing he died before he got old.

Alan believed in universal health care and socialized medicine. He marveled at the level of care he received from the multidisciplinary teams at both the Guelph General Hospital and the Grand River Regional Cancer Centre.  Our family would like to thank Dr. Sue Stephenson for her exceptional care and responsiveness throughout Alan’s journey. We would also like to thank the Hospice Wellington staff for making Alan’s last days comfortable and pain free.

Plans to celebrate Alan’s life are to be determined.  Arrangements entrusted to the WALL-CUSTANCE FUNERAL HOME & CHAPEL 519-822-0051.

In lieu of flowers, please consider a donation to the Friends of the Guelph Public Library (fgpl.ca) in Alan’s memory.

A tree will be planted in memory of Alan G. Pickersgill in the Wall-Custance Memorial Forest.