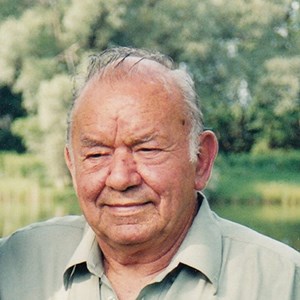 It is with great sadness that the family of Donald Stahlbaum announces his
passing on Friday, June 7, 2019 in his 85 year. Don was the beloved
husband for 64 years of Doris (Mooney) Stahlbaum. Don was the dear father
of the late Lonnie {2006), Laurie, Janet (Jeff} Ribble, Joseph (Diana),
Tammie (Glenn) Murray. Don is remembered by his 12 Grandchildren, Krista,
Shannan, Corey, Joel, Justin, Joshua, Daniel, Kyle A., Kyle R., Owen,
Megan, Brodie and his 9 great Grandchildren. Don was a dedicated employee
of the City of Guelph tor 37 years. He loved his country music, old
classic movies, and his Wednesday night Karaoke with the boys.

Friends are invited to a Memorial Service at the Dublin Chapel, Gilbert
MacIntyre & Son Funeral Home, 252 Dublin St. N., Guelph, on Thursday, June
13, 2019 at 1 p.m. Interment of Donalds ashes will take place at
Woodlawn Memorial Park, Guelph at a later date. ln memory of Don, a
donation can be made to Parkinson Canada, or Saugeen Memorial Hospital,
South Hampton would be appreciated by the family.