Guelph Sports Hall of Fame adjusts with the times 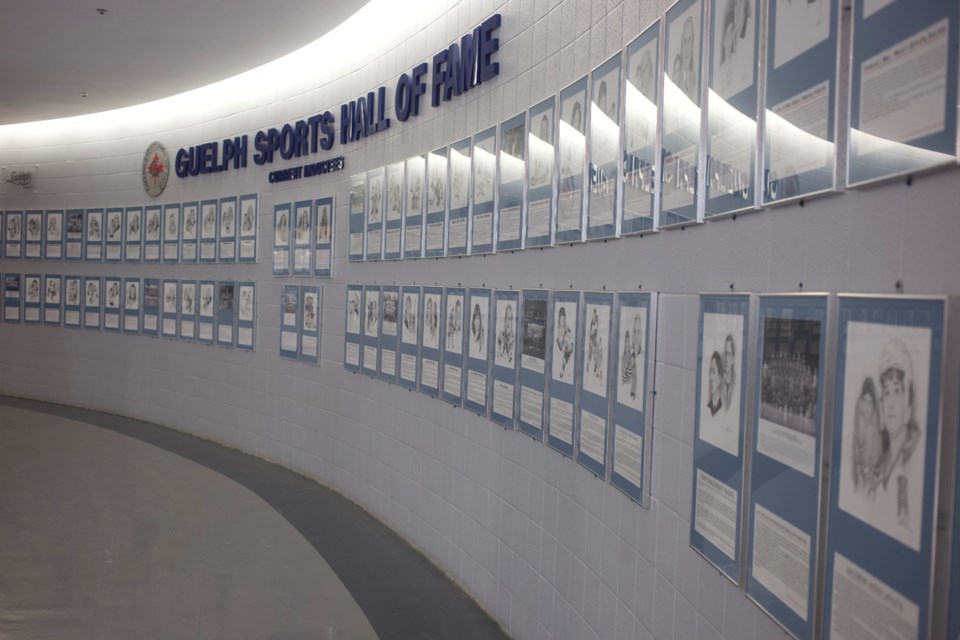 The Guelph Sports Hall of Fame usually announces its inductees for the year early in March, but there’ll be no such announcement this year due to COVID-19.

“Our 2020 class is going to be moved into 2021 so we'll be accepting (nominations) for our next class which will probably be 2022,” said Andrew Maloney, the hall’s chair.

“I'm an optimistic person by nature, but I'm not certain we're even going to have a dinner in 2021. I'm not sure we have an appetite for doing it virtually because I think we really want to honour these people and I think we want to provide them the celebration they deserve as honourees in this municipal hall of fame for sports. On top of that, we really want to do our best to raise money for Kiwanis and that's just something that lends itself to an in-person dinner versus something virtual.”

The Class of 2020 were the 2014 U16AA Guelph Sodrox Predators ringette squad in the team category, hockey players Paul Brydges and Brad Pirie in the athlete category and standardbred (harness) horse trainer Ben Wallace and sports journalist Rob Massey in the builder category.

“We're hoping to do something late in the fall, but we're just waiting and seeing and evaluating if that's a possibility or not,” Maloney said.

While there won’t be a Class of 2021, the Hall will continue accepting nominations for future classes and nominations are required. Every person and team in the Hall was nominated and nominations from sitting members of the selection committee or the hall’s board of directors are not accepted.

“I think it's important that the public be aware of that because myself and other members of the board will sometimes be approached requesting 'Why isn't this person in?' or 'Why don't you have more people from this group?' Those are all great questions, but we don't make the nominations,” Maloney said. “We rely upon the public to make those nominations and that's why I really encourage people that feel strongly that certain individuals should be in the Hall of Fame or that certain groups should have more representation to send us nominations.”

The deadline for the receipt of the nominations has been suspended.

“Normally our deadline for the next one would be sometime in the late fall, usually in November,” Maloney said. “It's kind of on a rolling basis right now until further notice.

Another thing that has been suspended is the length of time nominations are kept by the Hall.

“We hold on to them for five years, but what we've done due to COVID and due to the fact that our ability to select the next class has been delayed, we have removed the deadline for nominations and we've also extended the amount of time that we hold on to the nominations so that nobody is short-changed in terms of their opportunity to be selected into the Hall of Fame.”

Next year the hall hopes to get back to inducting five every year. There’ll be one inductee in each of the three classes (team, athlete and builder) while the other two inductees can come from any of the three classes. That’s a change from the way it was before 2019 when there were five classes (team, athlete, veteran athlete, official and builder).

“Then what we gave the selection committee the ability to do was to say that OK, we're going to have one athlete, one builder and one team every year and then the selection committee would have the discretion to go up to three of the five in any category. The purpose behind it is to create equity and to make sure that deserving people and teams (are selected).”

To be eligible for the hall, people must have had a connection to Guelph before or after their post-secondary school years. That means that athletes who came into the city and played for a University of Guelph team, but didn’t stay around after their school days are not eligible. University teams are also ineligible. The university players and teams are eligible for the university’s sports hall of fame.

Except under special circumstances, people under the age of 50 must have to be retired from their sport for five years before they’re considered for induction. That rule is waived when a person turns 50.

Information on the hall including its inductees, eligibility to be in the Hall, the process for nominations and the nomination form can be found on its web page on the Sleeman Centre’s website here.

When the Class of 2020 is officially inducted into the hall that was established in 1991, they’ll increase its membership to 143.