Nighthawks prepare for a season of unknowns

Guelph's pro basketball team is busy preparing for the season, whatever that might look like
Jan 23, 2021 10:00 AM By: Rob Massey 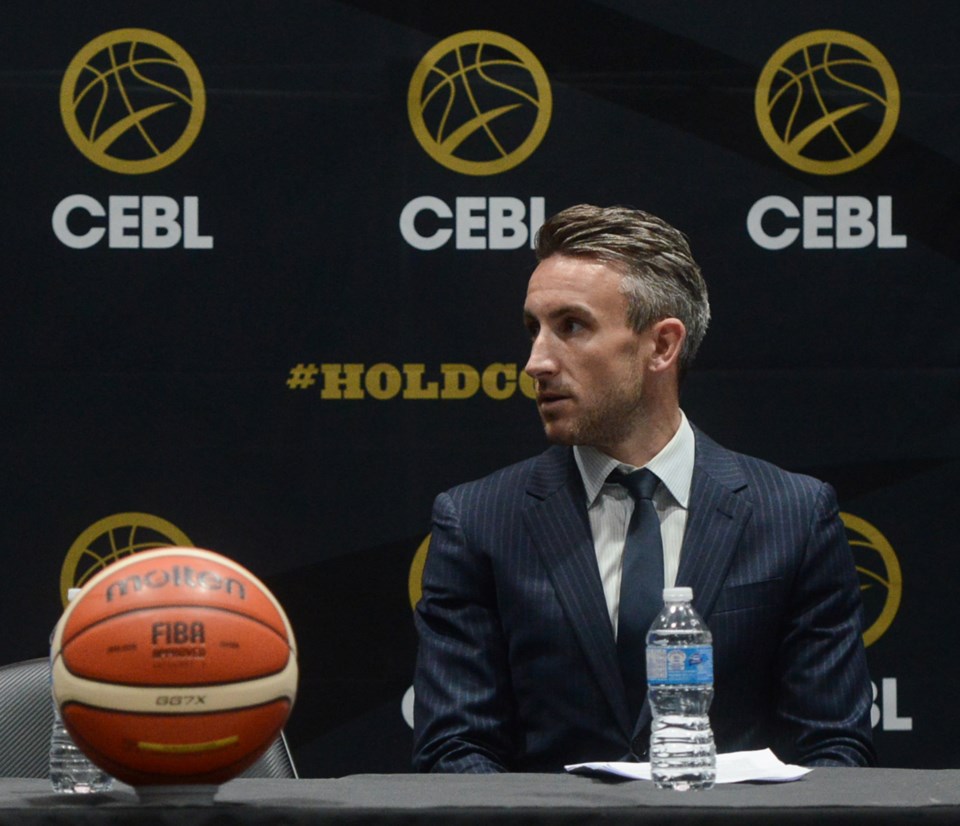 The Guelph Niighthawks are hoping and planning to return to playing their Canadian Elite Basketball League’s home games at the Sleeman Centre this year.

“We're understanding that we're still in a pandemic and we're in a state of lockdown right now, but with that being said we are committed to returning back to our home market this year,” Nighthawks’ president Cameron Kusch said.

“With that being said, that might mean that there are no fans or it might mean that there is a slow progression of a limited capacity of fans over the course of the 2021 season. We'll see. At the end of the day, the public health authorities are going to dictate that for us, but we are committed to seeing our team return back to our local market. Being back in our community and having the support of our community is such a big part of who we are and what we offer that that's our main goal.”

The Nighthawks and the rest of the seven-team CEBL played in the league’s Summer Series in a bubble at the Meridian Centre in St. Catharines. Each team played a six-game regular season while the playoffs were five games in total. All games were streamed on the CBC Gem app and the CBC Sports website and several games were also broadcast nationally on CBC TV.

“Not only was it important for us, it was the second year of the Canadian Elite Basketball League and so for us to go on what would have been a two-year hiatus would've been really challenging for a new league and an expansion team like we were,” Kusch said.

“It was so much work to get that CEBL Summer Series up and going, mainly by the staff in our league office, by our commissioner and our VP of league operations. Really, they took the burden of working with all the different authorities to get us up and going last summer.”

That the league played a season of any semblance last year is something that every CEBL franchise takes pride in.

“We were the first Canadian league to return to play and that's something that, now that you can kind of take a step back, I'm really proud of and I know the rest of us in our league are very proud of to be able to say, 'Hey, we were the first Canadian league to be able to play in the summer of 2020,'” Kusch said “We look at ourselves as leaders in that extent and now how can we be leaders as we now progress toward the 2021 season.”

First up for the Nighthawks will be the forming of their roster for the upcoming season. Free agency opens up on Feb. 1 with players who were not on CEBL rosters last year eligible to be signed. Teams have basically a month to re-sign any of their players from 2020 before they become eligible for other teams to grab starting March 1.

“Some of those discussions have taken place,” Kusch said. “Very likely you'll see some of them sign back during the month of February.”

“They are two guys who are very well connected and very well respected in the basketball landscape which is important for us as we build the culture and identity of Nighthawks' basketball,” Kusch said.

While the pair have a wealth of knowledge of Canadian players, scouting players during a global pandemic can’t be that easy.

“It actually isn't as challenging as you might be led to believe,” Kusch said. “A lot of the scouting that we do nowadays anyway is by video. Our staff is out working as we speak. We are preparing for free agency launching on February 1st and there are leagues and teams that are playing in Europe right now. The G League is getting ready to get going over the course of the next couple of weeks here as well in a bubble format down in Florida. Really, all that scouting can be done by video. It doesn't really change a whole lot for us.”

Some of the 2020 Nighthawks have been playing in European leagues this winter. They include point guard PG Kimbal Mackenzie with CBP Huesca of Spain's LEB Gold league, strong forward Tre'Darius McCallum with BK Levicki Patrioti Levice of Slovakia's Extraliga, forward Jonathan Arledge with Peristeri BC in Greece's HEBA A1 division and in European Champions league play and shooting guard Corey Johnson with Leicester Riders in the UK’s British Basketball League.

“The goal of this club, and Charles has been vocal in it, is this team is a championship team this year,” Kusch said. “We need to build a championship contender in 2021. He did a great job of identifying some of the shortcomings that we had on our roster in 2020.

“All teams in our league, and I think in most leagues over the course of the 10-month period of the pandemic, have had different player personnel challenges. No roster has been perfectly planned because of COVID-related issues, because of border issues and whatnot. There were a number of players that we would have liked to have been on our roster in 2020, but because of COVID-related issues we just couldn't have on our team during the CEBL Summer Series. With that being said, this is really Charles's first crack at having a team from the outset of what will be a more traditional basketball season.”

Kissi did take over as the head coach and GM of the Nighthawks midway through the inaugural 2019 season and the pandemic prevented teams from holding training camps last year.

“I'm excited to see what he can put together from the outset in terms of putting this team together, going through a training camp together and then progressing through a full CEBL season,” Kusch said.

The schedule for the upcoming season is expected to be released in the next couple of months when the exact format is known.

While the Nighthawks repeated a fifth-place finish last season, the addition of the Ottawa Black Jacks to the league meant that a fifth in 2020 qualified for the playoffs while a fifth in 2019 didn’t qualify for postseason play. The 2019 playoffs were three games total with semifinals and a championship game while two quarter-final matches were added to the 2020 playoffs.