This year's Royal City Inferno to be an Olympic qualifier

Scheduled for June as part of the nine-meet Athletics Canada Tokyo Qualifier Series.
Mar 22, 2021 11:30 AM By: Rob Massey 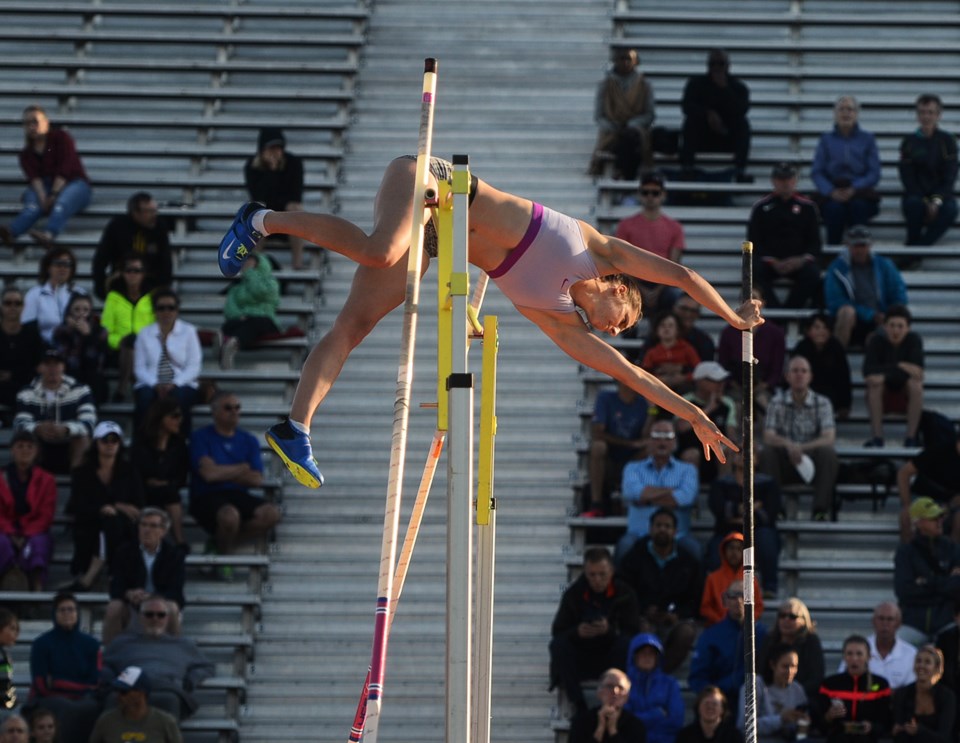 The crowd watches a pole vaulter at the Speed River Inferno in 2018 at Alumni Stadium. Tony Saxon/GuelphToday file photo

The Royal City Inferno Track & Field Festival is scheduled to return this spring and it’s to be an Olympic qualifying event.

The Inferno wasn’t held last year, but is to be put on by the new Royal City Athletics Club June 5 at the University of Guelph’s Alumni Stadium as part of the nine-meet Athletics Canada Tokyo Qualifier Series.

“There's still a lot of moving parts, but we're definitely finally happy to have meets back in Canada let alone the Inferno,” said Paul Galas, RCAC’s club manager and the Inferno’s meet director.

The meets are to give athletes the chance to meet the necessary qualifying standards and add to their world ranking points to be considered for a spot on the Canadian team for the Tokyo Olympics July 23 to August 8 or Paralympics August 24 to September 5.

“There are a lot of athletes who are on the fringe right now who need some points and the fact that we got it to category D is kind of going to be helpful in their quest to qualify,” Galas said. “You can either hit the automatic standard which is pretty high and then you would have a bid or you can be in the top 32 in this new point system, this point system that the World Athletic Association came up with. They essentially have deemed that at what level meet it is, you can gain more points. A first-place finish at a D meet is worth a lot more points than a first-place finish at an E meet or an F.”

Only the series finale in Montreal June 29 is ranked at a higher level than the Inferno. It’s to be a category C meet while meets in Victoria June 9 and Vancouver June 12 are also ranked as D meets. The other five meets are all E meets.

Four of the meets are to be held in Ontario in a span of 15 days with the Inferno slated to be the final one of the four. The others are set to go May 21 and 22 at Ottawa, May 29 at Windsor and June 2 at Toronto.

Other meets in the Canadian series are to be held at Kamloops June 5 (yes, same day as the Inferno) and Calgary June 13.

However, the Inferno and all other meets will only happen if it is safe to hold them in relation to the state of the COVID-19 pandemic.

“Who knows? Come June if the province is in a bad spot there might be no meets going on,” Galas said. “Obviously, we're at the mercy of that. As of right now we're planning that the meet will happen and if restrictions get put our way, we'll deal with that as it comes.”

The annual Inferno started in 2010 when it was held at the St. James track and field facility. It remained there until 2013 when it switched to Alumni Stadium after the construction of the University of Guelph’s current track was completed.