Report shows that the aging population are choosing to stay in their homes longer, putting pressure on younger homebuyers

Baby Boomers. Maybe you’re part of this infamous group born roughly between 1946 and 1964, starting just after World War II. Or maybe they’re your parents or grandparents. Regardless of your relationship, the sheer size of this generation has an impact on the Guelph housing market.

From an aerial view, it would be easy to see where the post-war housing boom began in Guelph. Starting at the downtown core and working outwards a radius of roughly one kilometre, the style of homes from the 40s can be identified as often smaller, steep-pitched one and a half storey dwellings built on a cement pad. This style of home is on streets like Cassino, Dunkirk and Memorial.

As time passed and the economy started to pick up, the 1950s brought the construction of brick bungalows as extensions of Guelph’s original neighbourhoods. Good examples of these homes can be found on streets like Campion, Avondale and Robertson in Exhibition Park, or Laverne, Callander and Bennett in St Georges Park. Brand new neighbourhoods of these homes were built in the early to late 1950s including Onward Willow (Western, Rosewood, Ridgewood) and
Riverside Park (Gladstone, Metcalfe and Emma) among others. Many of the Baby Boomers in Guelph started their early lives in these areas.

As the Boomers started buying homes of their own, their influence on real estate development fueled Guelph’s next generation of neighbourhoods - mainly Areas like Kortright West and Kortright Hills started to sprout up. Homes were larger as a whole- with more bedrooms and bathrooms, double car garages, larger lots and swimming pools.

But now that Boomers are starting to hit retirement age, what’s the next move they’ll make? And how will this impact the local Guelph real estate market? There are a few interesting trends to note.

The Canadian Mortgage and Housing Corporation (CMHC) released a report this month after ten years of data collection that concludes that seniors are staying in their homes longer. This is because they’re working longer before retiring, are generally healthier and wealthier and have a sense of community within their neighbourhoods.

By Baby Boomers staying in their homes longer, this could indicate future housing pressures for younger generations who historically have moved in when seniors decide to move out. This would have a ripple effect on a market, where the supply of newer housing isn’t meeting up with the demand for it, potentially resulting in higher market prices.

For the Boomers that decide they are going to move on, they’re often aiming to make this their last move. That means considerations of maintenance, mobility and size are more carefully weighed. To meet those goals, Boomers have zoned in on condominiums and bungalows.

Over the past five years, more condo developments have been built in Guelph to meet the growing demand. And it’s in the numbers: condo sales are growing market share in Guelph versus other types of housing. From entry-level to penthouse units, condos offer many of the amenities that seniors desire.

It’s not uncommon to see both first time buyers and downsizers competing for the same type of house, but for completely different reasons. First-time buyers can find smaller, more affordable condos while smaller bungalows are more affordable and provide options such as an accessory apartment to help with the mortgage payments. And ironically, some seniors are moving back to their childhood style of home - the post-war bungalow as they still want a small yard to maintain, but want something a little more manageable.

Although we’re typically used to looking at hard data and facts to determine the market dynamics, the intangible impact of the Baby Boomers on the Guelph real estate market is certainly something to consider when you’re shopping for a new home. 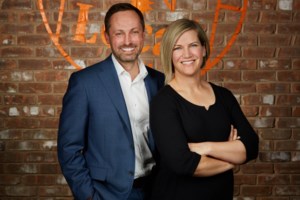