Skip to content
Sponsored Content
This Content is made possible by our Sponsor; it is not written by and does not necessarily reflect the views of the editorial staff.

How pre-planning a funeral can be a legacy of love

Making your wishes known can bring peace of mind 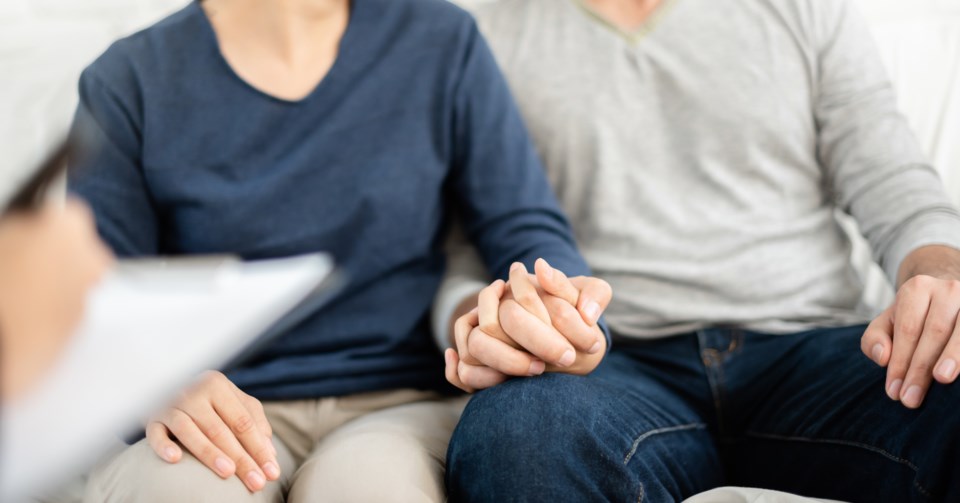 Do you happen to know your loved ones’ final wishes? Would you find the information useful but worry how to bring it up?

Broaching such a sensitive topic isn’t easy. But if we can just set aside our discomfort for a moment, what we learn can be highly instructive.

Only about 15 per cent of people pre-plan their funerals, says Cam Skipper, Owner and Managing Director of Gilchrist Chapel McIntyre & Wilkie Funeral Home. This subset is usually 65 or older, having just reached retirement age.

But wouldn’t it be helpful if more of us pre-planned? And if we didn’t wait quite so long to do it?

“We’re a death-defying society,” Skipper explains. “If I’ve heard it once, I’ve heard it a million times—'We’ve been meaning to do this forever.’ It’s one of those things people put off, which isn’t unusual.”

In recent years there’s been a slight change in the general attitude towards pre-planning, but that’s largely thanks to professionals such as financial planners and lawyers who encourage their clients to actively plan for the future. People are also more into planning than they ever have been before—devoting time to their RRSPs, retirement, wills and powers of attorney. A natural extension, then, is to follow right through to end of life.

The toughest part is getting over the mental hurdle that holds many of us back. But once it’s done, the feedback Skipper receives is always the same: it was easier than expected and it feels good to have done it.

Having your wishes recorded makes things easier on your family. “I’m surprised how many times people aren’t aware that family members wanted to be cremated, for example, or they don’t know what arrangements their loved ones would want,” says Skipper.

He offers specific encouragement for those who are single and without children. Where a spouse or an adult child might normally look after arrangements, it can be difficult in cases like these to find someone willing to step in. Often others are put on the spot and have no idea what this person might have wanted.

Another key element is communication. We need to tell our families when we’ve made arrangements at a particular funeral home. Many prefer to keep this secret, but it only complicates matters down the road.

It turns out preplanning is very simple. “It’s just a matter of sitting down with a funeral director and stating your wishes. They are recorded and kept on file, and then you don’t have to think about it again,” says Skipper. They need basic information for some government forms and a few decisions about the style of service and burial or cremation. They’ll ask if you have cemetery space already and if not, can direct you.

You can prepay your arrangements, but it’s not required. Paying in advance often results in savings—and peace of mind that you are sparing someone else the expense—but you can pre-arrange fully without putting money down.

Skipper also recommends documenting key information for your family. Write down insurance policies, contact details for your financial planner and lawyer, the locations of your investments and RIFFs, and bank account numbers. “Just having that information written down and in a designated spot where people can access it easily is so important,” says Skipper. “You can save family members a lot of confusion and time.”

It also makes things simpler for everyone if a proper will was put together ahead of time. “It smooths things out for everybody,” he says. A will can be done simply and inexpensively, and is absolutely essential for those with more complicated estates. Your family should also know where your will is: whether at the lawyer’s office, in a safety deposit box at the bank, or in a strong box at your home.

Lastly, Skipper advises that everyone should have a substitute decision maker named - someone designated who can speak for you should you suddenly be incapacitated.

Just bringing up the subject can be the hardest part, but having the conversation with your family is essential. Skipper has heard of some creative approaches. In one family, parents invited their adult children over for dinner one Sunday. Once everyone was seated, they said matter-of-factly, “Okay, this is what we’re doing, we’re talking about funeral arrangements.” Each was given a sheet with all of the details: the lawyer’s name and where the will was, where the bank accounts were, the arrangements made at the funeral home, the name and phone number of the funeral home, their insurance policy. Everything was in place, right there in black and white.

“That was the greatest gift our parents ever gave us,” said one of the children.

Bill Thomas, 72, pre-planned his funeral arrangements fifteen years ago and paid for them over a ten-year period. “What a good feeling that is that I’ve taken that burden away from my family,” he remembers thinking at the time.

He helped his wife, Glenda, make pre-arrangements as well, though in her case they elected not to pay in advance. Glenda had Alzheimer’s disease, was in care for years, and passed away in September of 2019.

A licensed funeral pre-planner himself, Thomas believes it’s best to make plans when you’re young and healthy, then simply update them from time to time. “You should be doing this when you’re 40 or 50 years old, not 70 or 80,” he says.

He feels the work he does is a form of advocacy. Most of the time, families don’t want to talk about funerals. Maybe the parents do but the children don’t. The attitude is, ‘Don’t worry about it, we’ll look after it when the time comes.’ “The problem is that when a death occurs and the family goes to the funeral home, they’re making decisions they’re unsure of. They may not know what their mother or father wanted and that is a time when they’ll overspend,” he warns.

In industry parlance, it’s a matter of pre-need (planning well in advance) versus at-need (time of death). And isn’t it always better to be prepared?

Gilchrist Chapel is located in Guelph, Ontario. When you’re ready, start with this helpful pre-planning form.