Solve the puzzle of team-building with Exitus Escape Rooms

Escape rooms have become popular in the last few years by challenging groups of people to play a game that puts their puzzle-solving skills to the test.

They’re even becoming an integral part of team-building exercises, as corporations and small businesses looking to enhance communication, and maximise the problem-solving potential of individuals, are using a duelling version of escape rooms.

In duels, teams play 2 mini games allowing for the potential for instructions and discussions in between the 2 rounds

Tina Clark, co-owner of Exitus Escape Rooms in Guelph, Ontario, says she’s noticed an uptick in management groups putting the challenging fun of escape room gameplay to use to assist in real-world setting,

“The whole point is to encourage conversation, to draw out positive thoughts about what the teams learned, or how can we do it better?” Clark said.

“Or it could be figuring out that if we work together we could do so much better in round two than we did in round one, after we started listening to each other.”

The goal, Clark said, is to give teams a challenge to solve outside the parameters of the work environment, allowing everyone to contribute.

But first, what is an escape room?

Escape rooms are a form of real-time adventure game in which players are ‘locked’ in a room and must solve a series of puzzles and challenges in order to escape within a set time limit. These puzzles can range from searching for clues, finding hidden objects, or solving riddles.

At Exitus, teams of 2 -8 people come together in a private room – typically the settings have a theme, like Ranger’s Station, Wizard’s Initiation, or Saving Christmas . And teams need to solve clues and puzzles to make their way through the game finding more items as they progress to eventually find a key to escape the room.

The real challenge being is you have only one hour to escape.

And depending on the skill level that the group has chosen, the dozen or so puzzles are not always easy to solve.

Clark, who also acts as a facilitator for the duelling groups between rounds, said she’s noticed the games promote communication, especially in teams made of a broad mix of diverse backgrounds or teams trying to add a lot of new people

“A very common one that comes out these days is the blending of millennials with baby boomers, in that they both think their way of looking at things is the right way,” Clark said. “Escape rooms work excellent for that, because it's not necessarily about being right. It's about looking at it from all sides.”

“Then they can have great conversations after they've played the escape room. Just affirming each other.” 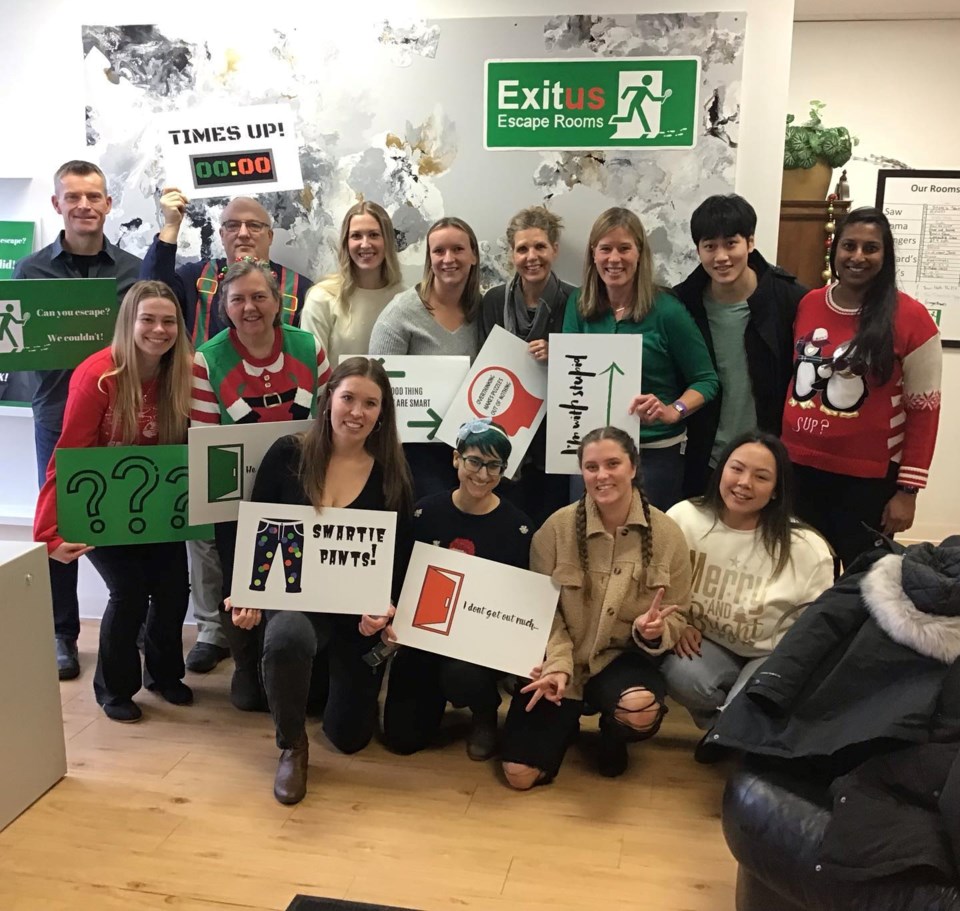 The beauty of working through an escape room, Clark said, is realising the different ways you can depend on the diverse skill sets of your teammates.

“You need all personality types,” Clark said. “You need the person who is a great puzzler, or someone who can stay focused and solve the cipher, for example. “

“You spend a whole lot of time at your workplace,” Clark said. “So it should be an environment that you feel safe to express your ideas, to make suggestions, to laugh, to enjoy being a part of.”

“If you're in an environment where you feel that you can approach people, share ideas and talk, it just feels friendlier. Instead of always just talking about work, or always being in the boss-employee role.”

Two to five people work together in one space, seeing each other in the VR world as a helmet and pair of gloves – by using a VR headset . they need to work together to navigate the new world.

“You have to walk around in that space, picking stuff up, manipulating it, stepping over things like ceiling beams when the room flips over….it just happens to all be in virtual reality,” Clark said. “So you see each other in the virtual space, but you also get the energy off of each other. Because you're still in the same room running around each other as you're trying to grab items and solve the puzzle.”

“It is absolutely mind blowing how realistic it feels.”

To take the challenge of Exitus Escape Rooms for your next team-building event, contact Exitus by visiting their website. 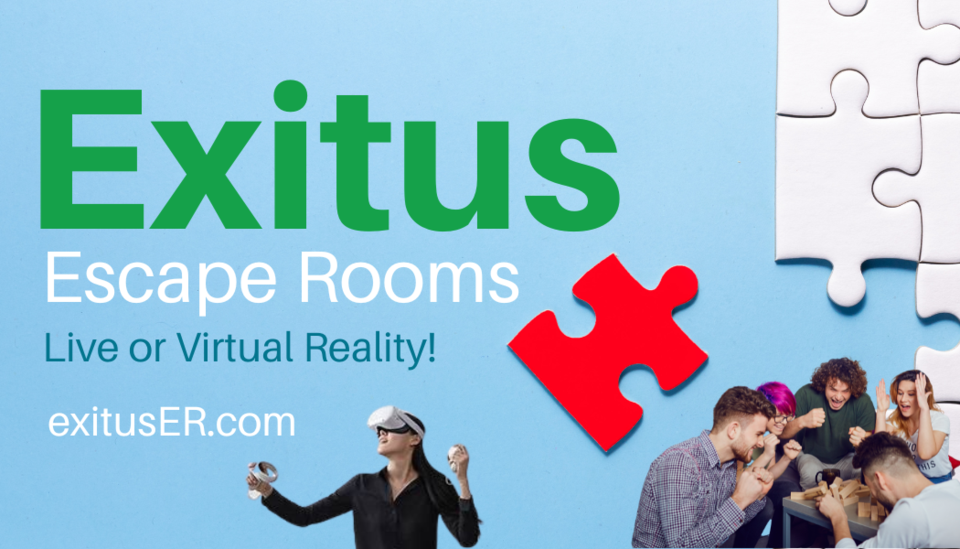