After a Human Rights Tribunal ruling in favour of pay equity, midwives are lobbying Progressive Conservative MPPs to follow through with the decision
Feb 28, 2020 3:43 PM By: Keegan Kozolanka 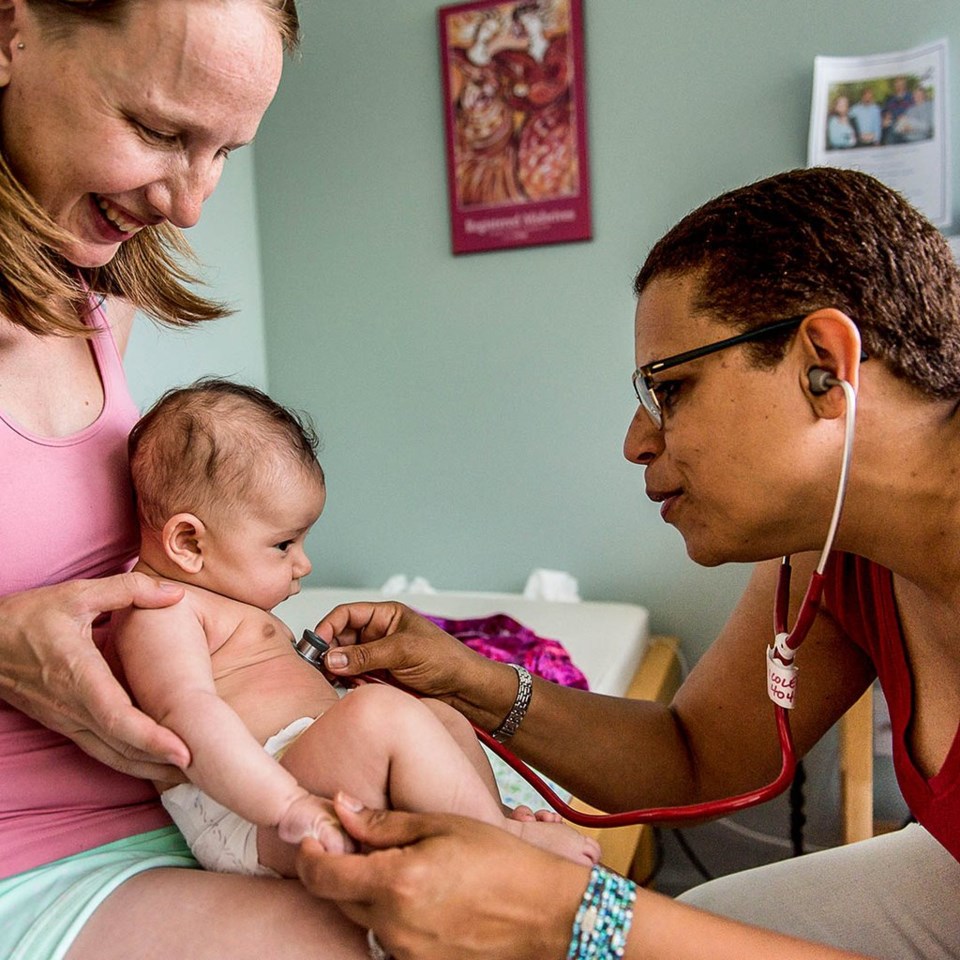 Local midwives have delivered a letter to Progressive Conservative MPP Ted Arnott’s constituency office to ask for his support in closing a pay gap.

Arnott has agreed to meet with the midwives in the near future.

It is part of a movement by Ontario midwives who are asking the government to follow through with the ruling.

“We’re calling on all Conservative MPPs, all the members of the government across the province today, to review that decision and then move to implement the remedy and decision,” said Rebecca Carson, registered midwife with Family Midwifery Care of Guelph whose catchment area covers parts of Wellington County as well.

The Human Rights Tribunal of Ontario ordered a 20 per cent pay equity adjustment retroactive to Apr. 1, 2011 and a payment of $7,500 to each midwife as compensation for what is termed as injury to dignity. The government has also been ordered to undergo regular steps to ensure midwives are evaluated and compensated fairly in the future.

Carson said there have been misconceptions on social media about their goals.

Midwives have been advocating for a recognition of their skills, effort, responsibility and working conditions which is a standard way of evaluating the worth of a job. Carson acknowledged the the gender aspect to the pay gap.

“It has been a historically female-dominated sector, that’s one of the things that the tribunal found contributed to the discrimination in our pay,” she said. “We are primarily women, non-binary and transfolk who are providing care to a healthcare experience that is associated with women.”

Gender pay equity is more obvious when a man and woman doing the same job are not paid evenly. Carson said that’s not the case in this instance. The issue is when you look at jobs that are historically female-dominated versus male-dominated professions and compare the compensation.

The Ontario government has moved to appeal this decision by the tribunal. Carson said midwives are hoping to gain support from MPPs.

“What we’re hoping now that the Human Rights Tribunal has made their ruling, instead of fighting midwives in court, that the government will move to implement the decision instead of prolonging this battle and in our view, wasting taxpayer’s money fighting in court about this ruling,” she said.

Meeting with Arnott, Carson said they aren’t holding him responsible but are hoping it is a learning experience for him in their first ever meeting with him.

“We’re hoping we can answer any questions he has about our pay equity,” she said. “We can open a conversation about the contribution that midwives are making to the health of families in his constituency and hopefully gain his support to work with his government to implement the decision.”