The ministry has issued a total of 15 orders against glass recycling company NexCycle
0
Feb 7, 2020 9:00 AM By: Kenneth Armstrong 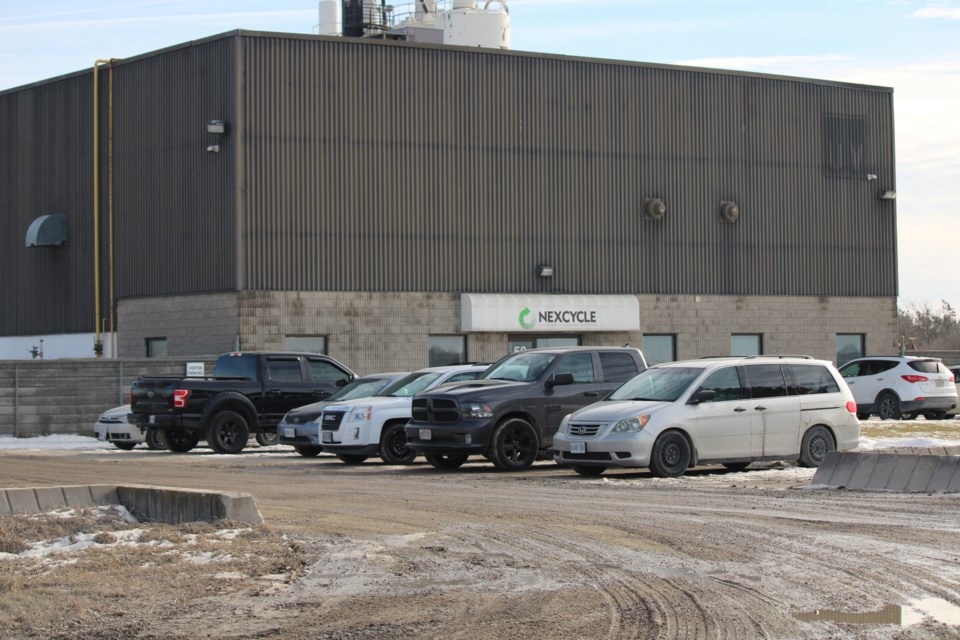 The front of the NexCycle plant at 50 McLean Rd. Keegan Kozolanka/GuelphToday

The Ministry of the Environment has ordered a Puslinch recycling company to clean up the piles of glass on its site that include contaminants discharging into the natural environment.

NexCycle takes in glass collected from municipal recycling programs, Ontario Deposit Return Program, post-industrial window plate glass and automotive glass and processes it to be reused in the production of other glass products, like bottles and construction glass.

In October the director of the Ministry of the Environment, Conservation and Parks (MOE) issued a total of 15 orders to NexCycle Industries Ltd. and NexCycle Properties Ltd. (NexCycle) relating to a 89-metre by 410-metre property at 50 McLean Rd.

The ministry received 112 complaints about the site in 2014 alone. NexCycle continues to discharge contaminant into the natural environment that causes or may cause adverse effects on the neighbouring property, alleges the director.

Those adverse effects include dust, fine glass particles, odour, seagulls, vermin and stormwater runoff, according to the director’s position. The stormwater runoff from the site exceeds the Provincial Water Quality Objectives for several metals and has elevated levels of Biochemical Oxygen Demand and Total Ammonia.

To date, said the director, no stormwater controls or contingency measures have been implemented to prevent runoff from the site.

The director cites 'significant environmental issues' with the site have persisted, despite abatement efforts by the ministery dating back to 2011.

Those orders include requiring the company to retain a consultant to submit an application for an Environmental Compliance Approval (“ECA”) to operate as a Waste Disposal Site, as well as requiring an estimate of financial assurance in relation to the potential clean-up of the site.

An appeal was filed by the company with the province’s Environmental Review Tribunal on Nov. 8 and NexCycle is seeking six of the orders that were issued by the province be stayed until the final disposition of the appeal is complete. The tribunal granted the stay on Jan. 27.

The province says the site currently has over 50,000 tonnes of stockpiled glass, which is co-mingled with organics, metals, plastics and paper. The glass is stored in large piles outdoors.

The ministry has made ‘persistent efforts’ over several years to bring the site into compliance with environmental laws and first suggested in 2012 and again in 2019 that it obtain a ECA under the Environmental Protection Act to operate as a Waste Management Site.

That approval would require the company to submit financial proof to the ministry that, among other things, if it shut down there would be money available to pay for a cleanup.

In its position on the stay order, NexCycle says it will cost an estimated $38,000 to comply with the director’s orders and the total cost could be as much as $100,000. This expense would cause the company irreparable harm, it submitted.

The company does not believe there is any urgency to obtain the approval, as the site has been operating without one for almost 25 years.

NexCycle’s position argues Rosen Continental, the company’s predecessor at the site, received written confirmation in 1995 from the ministry that it does not require a waste management approval under the Environmental Protection Act.

In conclusion, the tribunal found a stay of the six orders until the completion of the appeal is appropriate to avoid irreparable harm to the company.

17-year-old charged with driving more than 55 k/h over speed limit
Feb 18, 2020 3:02 PM
Comments
We welcome your feedback and encourage you to share your thoughts on this story. We ask that you be respectful of others and their points of view, refrain from personal attacks and stay on topic. To learn about our commenting policies and how we moderate, please read our Community Guidelines.