Whose team is your candidate on?

This week on Market Squared, Adam A. Donaldson talk about slates and why we hate party politics, but also desperately want to organize by 'party' affiliation.
Sep 21, 2018 10:00 AM By: Adam A. Donaldson 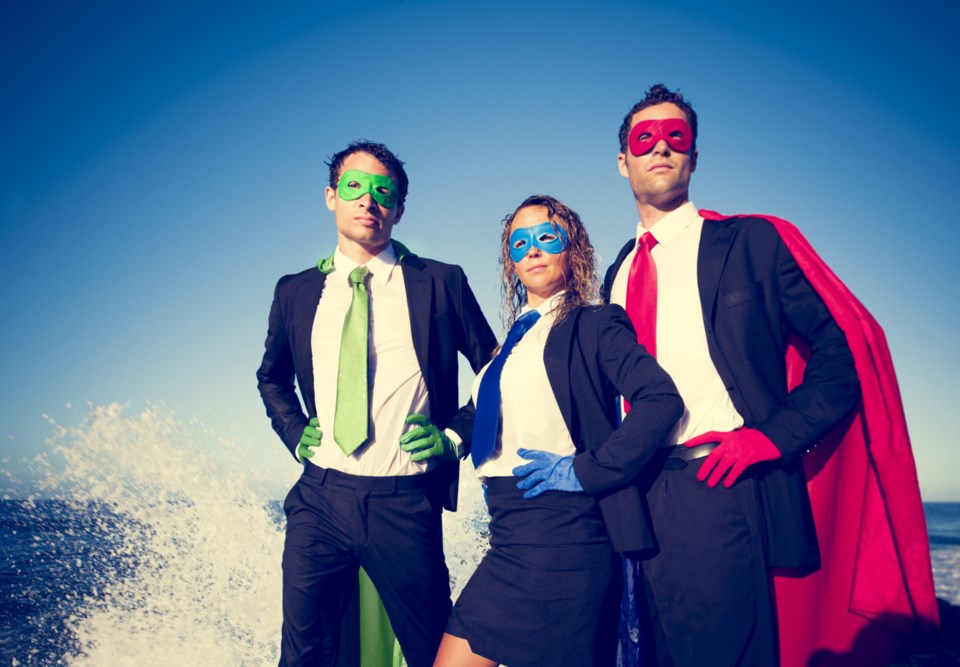 I remember typing earlier this year about my hope that the current election might be rousing multifaceted discussion about the issues facing the city and how best to overcome them.

Instead, like a comic book miniseries where one group of superheroes fights another, the question has seemed to come down to “Who’s side are you on?”

You may have been hearing a lot about “slates” in the last week or so. GuelphToday did a piece about it earlier this week, and many people have reached out to me, voters and candidates running for council alike, to voice their surprise and/or outrage at the *appearance* of Mayor Cam Guthrie campaigning with a preferred slate of candidates.

I choose my words carefully when I say “appearance” because the mayor has refuted that this is intentional and has expressed anger that people are reading Machiavellian motives in his good intentions.

I, myself, am confused.

I often hear an electorate that bemoans the negativity associated with partisanship at higher levels of government, but when the non-partisan election municipal election begins, many of those same people want to know if a candidate is a secret NDP or a secret Conservative.

Now, I saw Mayor Guthrie in a Facebook post say that concerns about him running a slate are part of the same “conspiracy fear mongering” levied against him in 2014.

Indeed, there was a lot of public discussion in 2014 about how Guthrie was cut from the same cloth as the late Rob Ford in terms of both style and substance. The most galling attack was a print ad bought by the Farbridge campaign that tried to tie Guthrie to the convicted robocall co-conspirator Michael Sona. There was an overwhelming feeling from the electorate that the ad went too far, and was unfair.

But in the GuelphToday article, it was Guthrie that was “conspiracy fear mongering.”

“The voters already know, and they have known for quite some time, of the opposition that exists and the obstructionist-type of attitudes that have existed on council,” Guthrie told Tony Saxon.

Guthrie here is walking up the line of calling half his colleagues by the more colloquial names “Group of 7” or “Farbridge 7”, which some in this community use as a term to mean a group of left-wing councillors that keep down the will of the silent majority.

One of the people that popularized the term “Group of 7” was Gerry Barker, who recently promoted Ward 6 Councillor Mark MacKinnon to the Gang since his wardmate Karl Wettstein is retiring.

So I’d like to take a break in this column to congratulate MacKinnon for being both a member of the NDP sleeper cell, and part of the Conservative cabal. Talk about a candidate for everyone!

I hope that anecdote demonstrates just how arbitrary this is, as is Guthrie's statement to Saxon that, “There was a lot of 7-6 votes on taxes, on accessible online voting, on affordable housing. Lots of close votes.”

Could it be that those are controversial issues? Tough decisions are always going to be close, but it’s not like some councillors are voting against the passage of the meeting minutes to thumb it to the mayor. If sitting in nearly every council meeting for the last three years has taught me anything it’s that there’s generally more agreement than disagreement.

I’m not saying the process isn’t sometimes ugly, but you can’t phrase the debate around the horseshoe as a civil war between the left and the right, and one side must be crushed for there to be political harmony. Think that sounds good? Turn on CNN right now and tell me what you think.

Guthrie may have the best of intentions by wanting to support like-minded candidates, and do some community-building, but PR 101 says that the appearance of something wrong is sometimes worse than if there is something actually wrong.

Here, Mayor Guthrie is campaigning with two council candidates from each ward and promoting it prominently on social media. It may not have been the mayor’s intention to promote a slate, but that’s what it looks like. He’s the incumbent mayor, and he’s got a big platform.

And speaking as a voter, I’ve been concerned with Mayor Guthrie’s rather flippant attitude to the concerns of voters on this. “It’s hilarious,” he told one person on Facebook who wanted more than the “conspiracy fear mongering” line.

Is it? Hilarious, I mean?

But to bring this back around, I would rather be focusing on the issues instead of grousing about who’s worthy of running, and who’s on what side.

Yes, Guthrie got a mandate in the last election, but so did all the people elected to council. They take their ideas and experience, whatever it is, and they bring it to a table surround by 13 individuals with no allegiances and affiliations to try and reach consensus and make the best decision they can.

Otherwise, this isn’t politics, it’s fantasy football. And call me naïve, but I think the issues dealt with by a local government should be treated more seriously than a computer game.