In this 'Urban Cowboy', Owen Roberts highlights the changes faced by veterinarians across the province
Dec 19, 2017 2:00 PM By: Owen Roberts 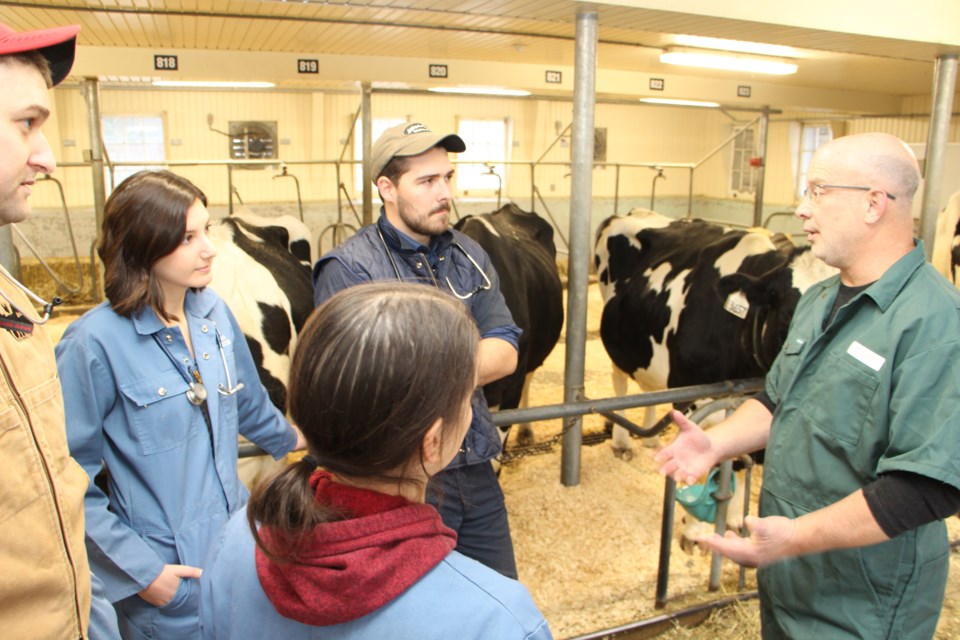 Ontario is grappling with a veterinarian shortage, and it’s all hands on deck to find a way to deal with it.

It’s worse in some rural and remote areas, where veterinarians – particularly for livestock – are in limited supply.

But it’s also a problem in almost every region in Ontario. And it’s affecting companion animals too.

The college has not cut back on graduates. In fact, it’s kept the same pace it’s had for many years, with about 120 new veterinarians receiving degrees each year from the college.

But the demands on existing veterinarians have grown, especially in the last 18 months. Wichtel cites several reasons for the phenomenon.

At the top of the list, he says, is millennial pet owners. As a group, they are taking unprecedented care with their animals, visiting veterinarians much more than previous generations.

“They take a very responsible approach to pet ownership and their pets are one of the areas in which they’ve chosen to spend their money,” says Wichtel.

But these higher expectations have put a strain on the veterinary system.

The shortage might soon be felt more acutely in rural areas, due to new regulations governing veterinary oversight of antibiotic use, due to come into effect next year.

Specifically, veterinary antibiotics that were previously available over the counter will now require prescriptions, as the industry takes steps to reduce antibiotic use and fight resistance. Prescriptions can’t be written unless the veterinarian has actually visited the farm to diagnose the problem, meaning more work and more time on the road.

Another contributing factor to the shortage is the changing nature of the veterinary workforce.

Research in the veterinary sector suggests that recent graduates typically devote about 1,500 hours annually to veterinary practice. That’s about 500 hours fewer than the industry was accustomed to in past decades.

So the college, and indeed the entire veterinary sector, is weighing its options. Wichtel says data are being collated to try to determine if the increased demand for veterinarians is a typical fluctuating cycle, or if it’s something longer term that demands attention.

This analysis will help the college plan for future workforce needs. However, because of the length of the veterinary professional program (four years), any action the college takes to enlarge enrolment won’t be felt until almost five years from the time of increased intake.

Other options could be looked at, he says, such as offering incentives to help veterinarians locate in areas of greatest need, similar to the support medical doctors receive to practice in underserved areas. Raising starting salaries, currently averaging around $75,000 a year, might also help, he says.

And yet another possibility is to increase recruitment to Ontario from elsewhere.

Graduates with veterinary degrees from certain accredited overseas colleges are permitted to practice here, and more Canadians are studying veterinary medicine at these off-shore schools than ever before. “We’re not the only source of veterinarians in Ontario anymore,” says Wichtel.

Canadian students graduating abroad have an average of twice as much debt as Ontario residents studying in Guelph. Wichtel says starting annual salaries, which are slowly increasing in the face of the current shortage, may appeal to overseas-trained veterinarians, facing such a huge debt load. In the US, where veterinary services are also under pressure, at least one US corporate practice owner is offering a debt relief program to its new associate veterinarians. Wichtel says that could work here as well.

But in all, despite the whirlwind the profession is in, Wichtel says the interest in veterinary science and medicine at OVC remains high. The college has four to five applicants for every available placement, and applications across all accredited veterinary colleges in Canada, including OVC, were up six per cent this year.

In the meantime, the college has invested heavily in research and curriculum to help veterinary students graduate with a better understanding of the issues around work-life balance, and strategies to manage the competing priorities that come with being a veterinarian.

“There’s a lot of change in the profession, “ he says, “but fortunately many young people still have their hearts set on becoming veterinarians.”