In this edition of Urban Cowboy, Owen Roberts explains why the United Nations’ Decade of Family Farming impacts everyone
Jun 1, 2019 2:00 PM By: Owen Roberts 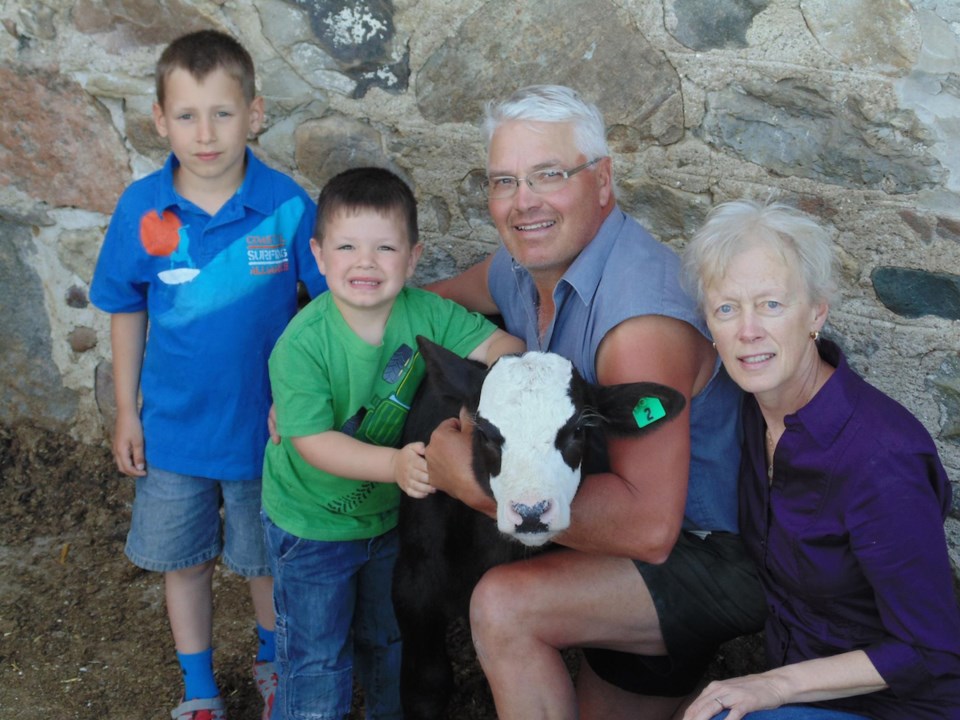 The Wallace family has been farming for eight generations in Wellington County. These family members are (from left) Lucan Moyer, Brandon Moyer, Allan Wallace and Janice Wallace. Photo courtesy of the Wallace family

Environmental sustainability has become a popular political and social cause. But for the most part, sustainability is in the hands of those closest to it, the same people we’ve counted on since food cultivation began – that is, the world’s 570-million family farmers.

The United Nations’ General Assembly has declared 2019 to be the start of the Decade of Family Farming.

It regularly dedicates certain years to notable food-related causes, such as plant health (2020) and soils (2015). By comparison, recognition decades are reserved for broader issues, such as ocean science and African descent.

Now family farming is joining them. It too was a single year recognition back in 2014, a wake-up call to the world to recognize farmers’ contributions. Now it will be in the spotlight for an entire decade – a spotlight it richly deserves.

The UN says the Decade of Family Farming is committed to serving as a framework for countries to develop public policies and investments to support family farming.

In particular, it underlines how family farms help achieve the UN’s 17 sustainable development goals, especially those related to food security and nutrition.

“Considering family farmers’ central role in improving nutrition, ensuring global food security and safeguarding the world biodiversity, and the fact that they are nevertheless victims of poverty and hunger, the Decade of Family Farming will increase the visibility of rural women and men and the need of specific public policies to eradicate rural poverty, and realize family farmers' full potential for food security,” it says.

And consider the breadth of what family farmers do.

According to the UN, they are “key actors” in preserving agro-biodiversity, building communities, guaranteeing food security and nutrition and wellbeing. Some are small, serving a niche.

Some are huge, thousands of acres. Some are small – in Brazil, for example, the average family dairy farm has just 15-20 animals.

But in every case, they’re driven by know-how, some passed down through generations, some the result of new research. Farmers are huge users of innovation.

Innovation promotes efficiency. And the UN says that owing to their efficiency, family farmers create rural jobs and business opportunities in rural areas… provided, of course, that they have access to adequate technologies and resources.

That’s a major sticking point in our own country, where woefully lacking rural Internet is a huge problem for rural areas. Fortunately, such inadequacies are finally being addressed, but it’s been too long coming.

The UN warns, though, that there will be no strengthening of family farming, and no achieving sustainability goals, without women empowerment, gender equality and stronger farmers’ organizations.

In many countries, most farmers are women. In Canada, more and more women who work beside their life partners on the family farm are declaring themselves farmers.

Family farmers are not some distant entity from abroad. They’re our neighbours, living and working in our own country, province, county and township.

They’re making sustainability contributions that few consider. Like the UN, it’s time we did.