In this edition of Urban Cowboy, Owen Roberts underlines the connection between agriculture and society
Aug 11, 2019 12:00 PM By: Owen Roberts 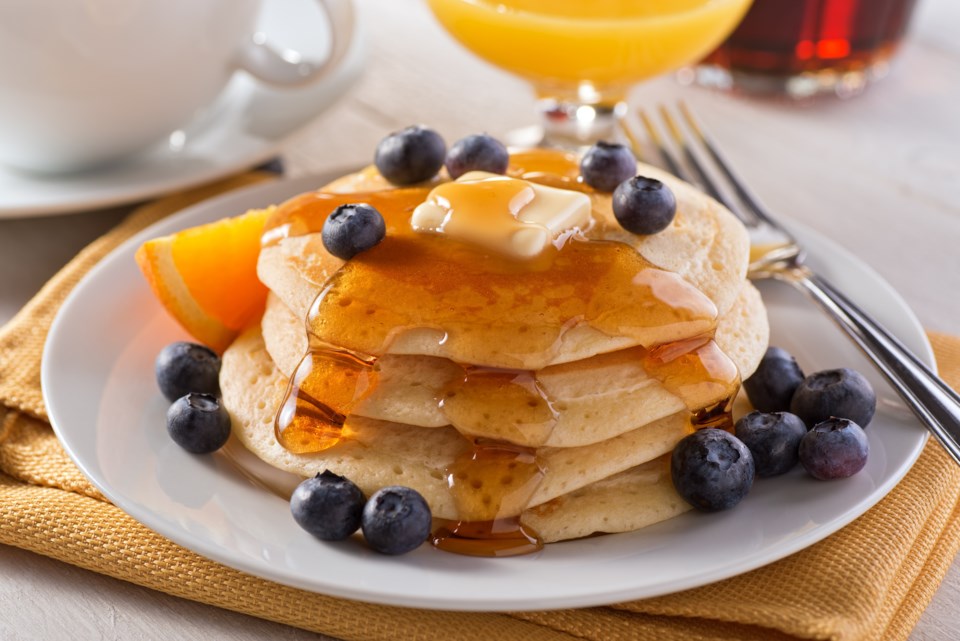 We took the opportunity to recognize Food Day Canada last Saturday, and I hope you did too.

Our recognition started with a twitter post from our back porch, where we devoured homemade pancakes for brunch, and ended with a burger-and-sausage BBQ dinner at my daughter and son-in-law’s crop and livestock farm near Thamesville.

The holiday weekend weather couldn’t have been better in southwestern Ontario for eating outdoors... which is exactly why Food Day Canada is celebrated in early August rather than during the fall harvest, close to Thanksgiving, when the weather is less favourable and the food associated with Canada’s bountiful summer production is waning.

I’m a huge fan of Food Day Canada, the national food recognition event that started locally in Elora by Canadian food icon and University of Guelph food laureate Anita Stewart… and thanks to her tenacity, it’s is now celebrated nationally the first Saturday of August every.

To me, it never fails to impart or reinforce some take home lessons about food production, like these:

Food is about more than nutrition. Every year, Stewart makes headway with more municipalities who light up local landmarks in support of Food Day Canada. This year, the CN Tower once again was awash in colour, and Toronto Mayor John Tory proclaimed Food Day Canada in the city.

That’s smart on municipalities’ behalf. Food has a huge feel-good factor that provides comfort and some measure of social unification during turbulent times – like the ones we’re in now. Municipalities need all the help they can get from initiatives like this to bring people together under a common theme.

Farmers need to continually connect with society. Agriculture, like other sectors, has a tendency to take its foot off the gas once recognition events end.

However, every sector doesn’t touch society the way agriculture does. It has multiple – daily, in fact – opportunities to remind consumers of the value it provides. Unfortunately, it doesn’t have nearly enough financial or human resources available to do so. So it needs the likes of Mayor Tory and federal agriculture and food minister Marie-Claude Bibeau to do some of its bidding.

In the minister’s case, it’s vital and admirable that she’s taking important measures like instituting a national food policy. That, she says, will help ensure all Canadians have access to a sufficient amount of safe, nutritious, and culturally diverse food.

“Making the food system more transparent to consumers… will strengthen and build public confidence and instill pride in our Canadian agriculture and food sector,” she says.

It’s a measure that must happen daily. Food Day Canada serves as a reminder of that imperative.

Agriculture is under the gun. The forces of nature and politics are pushing farmers to the limit. This spring was a disastrous for crop farmers in Ontario – it was so wet they couldn’t get onto their fields to plant when they needed to. Many crops were planted late, and without a near-perfect, extended end to the growing season, they could be in more trouble.

Then there are the unanticipated trade wars with the US and sanctions farmers face from China. They both are among our most treasured export destinations, but our relationship with them has deteriorated since Donald Trump became president – and ironically, since we followed international law and helped our American neighbours by arresting Chinese business executive Meng Wanzhou, who was wanted in the US.

For their part, pork producers are likewise facing trade challenges with China, as well as continual pressure from activists back home who bestow their version of the truth on confused consumers. And even those on the fence of all this wonder about agricultural science and technology, with questions like whether we have enough bees to pollinate crops and if modern farming is getting in nature’s way.

So thank goodness for Food Day Canada and its role in reminding the country about agriculture’s many contributions – and challenges it faces – every day. And thanks to Stewart and the event’s organizers for their commitment to Canada’s most important and perhaps least understood sector, agriculture.