Pandemic reminds us of the battle against tuberculosis

In this Then and Now article, Ed Butts looks at how other contagious diseases, namely tuberculosis, affected us years ago
Jan 17, 2021 9:00 AM By: Ed Butts 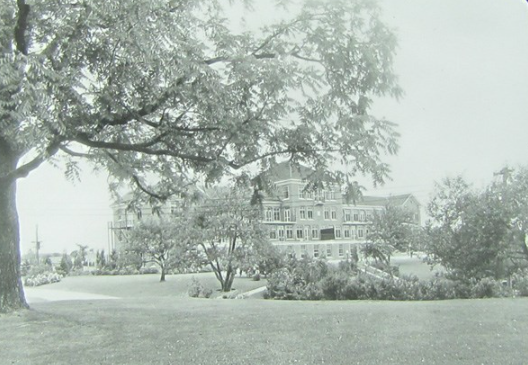 With the coronavirus pandemic dominating the news throughout 2020, it’s not surprising that a significant step in the fight against tuberculosis recently made by University of Guelph researchers didn’t get a lot of media attention.

At another time in Guelph’s history such an accomplishment might have been front page news locally, if not nationally.

From the mid-19th century until the 1950s, tuberculosis, AKA: “TB” and “consumption,” was regarded as Canada’s number one killer disease. An infectious disease caused by bacteria, tuberculosis generally affects the lungs – hence the term “lungers” for its victims.

Improvements in housing, sanitation and nutrition, and the development of medications in the late 19th century helped slow the spread of tuberculosis, but it still remained high on the public health threat list, especially among Indigenous communities.

In the early 20th century it was said that almost everybody in Canada knew of at least one family that had been affected by TB. A vaccine was developed in the mid-1920s, but its effectiveness was limited. Many patients underwent a procedure called lung-collapse therapy which theoretically gave an afflicted lung a chance to “rest” and heal. However, the success rate of that treatment, too, was never conclusive.

By the time the Second World War broke out in 1939, specialized tuberculosis clinics had been established across the country. The one nearest to Guelph was in Freeport, just outside Kitchener. In the first 25 years after the initial opening of the sanitariums, 45 per cent of TB patients died, but isolating the sick helped check the spread of the disease. Traveling TB clinics also visited communities all over Ontario, treating patients and testing people who had been in contact with them.

The war proved to be a tremendous drain on finances as well as resources, medical and otherwise. Health care professionals who weren’t serving with the armed forces were hard-pressed to adequately care for the medical needs of the civilian population. As a result, there were outbreaks of such diseases as influenza, diphtheria and red measles during the war and in the months following its end. In January of 1946, Guelph’s medical health officer, Dr. W.A. Proud, reported 25 cases of red measles in the city and said that three of the patients had the worst rashes he had ever seen. Red measles was still potentially lethal, especially to children, and a vaccine had not yet been developed.

Most alarming was the rise in the number of cases of tuberculosis. During the war years it became a global epidemic. In the first five years of the conflict, 36,000 Canadians died of TB. That was almost as many as had been killed in action against the enemy. In Toronto, where 248 people died from tuberculosis in 1945, F.D. Beauchamp of the National Sanitarium Association said, “Control measures need to be intensified in the unsettled years following the war so that ground gained by a lowered death rate will not be lost. The time has not yet come when we can be complacent with regard to tuberculosis … As long as one case of this highly contagious disease exists in a community it is a potential source of infection to others.”

Guelph had 42 reported cases of tuberculosis in 1945. Early in 1946, Dr. Proud advocated a new innovation; mass x-rays of local factory workers. The process revealed 20 more cases plus 27 “contacts.” However, not all factory employers were willing to participate in the program.

The Commissioner for the Council of Ontario Division of the Red Cross, Guelph-born John A. Marsh, a former MP for Hamilton, made a special visit to his hometown to discuss public health matters with local officials. The tuberculosis problem was given top priority.

Dorothy Mickleborough, a supervisor from the national headquarters of the Victorian Order of Nurses, also came to Guelph to inspect the work her organization was doing here to care for TB patients and fight the spread of the disease.

Dr. S.J. Hawkins of the Freeport Sanitarium was a guest speaker at the VON’s meeting in Guelph. He said that the earlier TB was detected in patients, the better their chances of recovery in the sanitarium. All of the health experts praised the Christmas Seals campaign which had raised funds for the tuberculosis x-ray service.

The post-war TB scare eventually subsided. While the rate of TB deaths in Canada is not as high now as it was then, it is nonetheless a potential threat to public health and it is still a leading cause of death worldwide. Especially concerning has been the tuberculosis bacteria’s growing resistance to antibiotics.

It was therefore considered noteworthy in the medical science community when a University of Guelph scientific research team, with cooperation from the University of Saskatchewan, made an important discovery in how tuberculosis bacteria feed themselves. The development could lead to treatment that would kill the bacteria by starving it. The U of G’s work on TB might also be of value in combating cancer and HIV.

Perhaps one day the news of such a medical advance will even make it to Facebook and go viral.

More Then and Now