As bacteria become increasingly drug-resistant, a team of University of Guelph researchers may have opened the door for a new tuberculosis cure to be found.
Nov 28, 2020 8:00 AM By: Richard Vivian 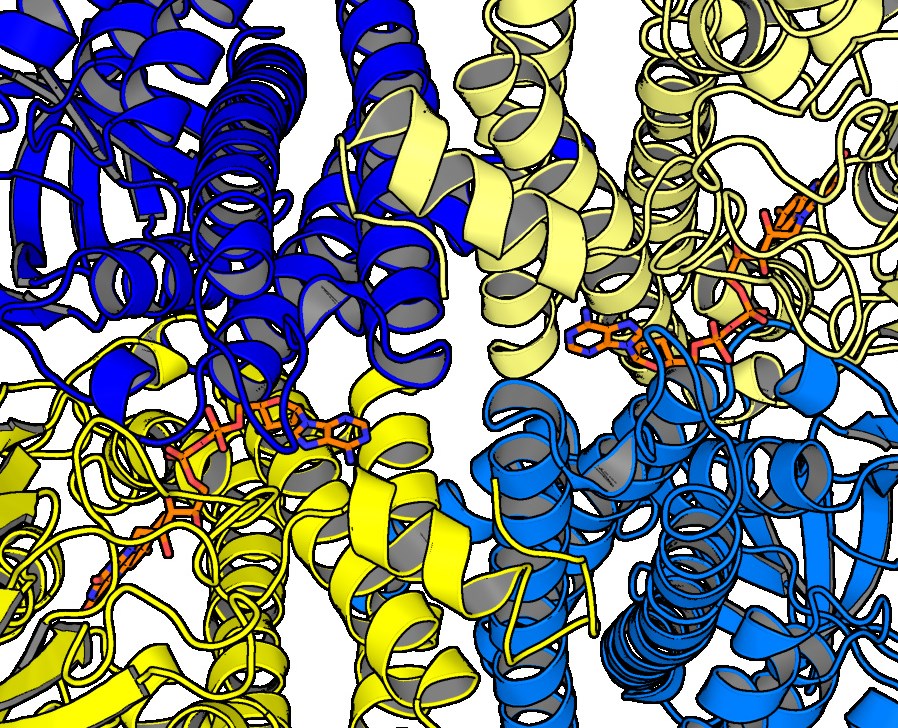 Illustration of cholesterol degrading enzyme’s organization, which may lead to the discovery of a new cure of tuberculosis. Artwork by Matthew Kimber, one of the University of Guelph researchers involved with the project.

As bacteria become increasingly drug-resistant, a team of University of Guelph researchers may have opened the door for a new tuberculosis cure to be found.

Their efforts, published in a scientific journal late last month, found a way to essentially starve a bacteria that’s related to tuberculosis (TB) and is applicable to the “world’s most infectious killer.”

“We are quite happy … it’s been quite a lot of hard work,” said Stephen Seah, associate professor in the molecular and cellular biology department.

The question now becomes, will a pharmaceutical company pick up the ball and run with it?

By identifying a weakness that can be exploited, the research has provided the base onto which a potential new TB cure could be built – something that could potentially cost hundreds of millions of dollars to figure out and take a decade to complete.

“It may help to develop other therapeutic strategies to treat TB,” said Seah of the research. “A lot of TB bacteria are now becoming resistant to the current antibiotics available. … The current drugs we use to treat TB may no longer be effective, so we have to come up with new drugs that target other approaches.”

TB is the world’s “most infectious killer,” states the World Health Organization (WHO) website, with 1.5 million annual deaths despite there being an existing cure.

Not only is access to the cure a challenge in some areas of the world, it involves a nine-month commitment to antibiotics which “come with a fair number of side effects,” explained Matthew Kimber, another member of the team and a fellow associate professor in the University of Guelph’s molecular and cellular biology department.

“It’s a cure, but it’s not an easy cure,” he said, explaining one of the side effects can be to lose sensation in your hands and feet. “The problem with the current drugs is that a lot of people just don’t see them through.”

Kimber hopes this research will contribute to finding a cure that will be more comfortable for people to take, though he notes drug developers may choose a different approach to attacking TB bacteria.

"I see this as a quite good target, there's a lot going for it," he said.

This research took eight or nine years to complete and involved the efforts of about 20 people through the years, notes Seah, including graduate and undergraduate students.

“When we started this, we were driven to discover new knowledge of this particular enzyme. We were not at first looking for a cure,” he said. “It has been a long process.”

City staff give thumbs up to a fifth storey for former Northern Rubber building
Jan 18, 2021 2:00 PM