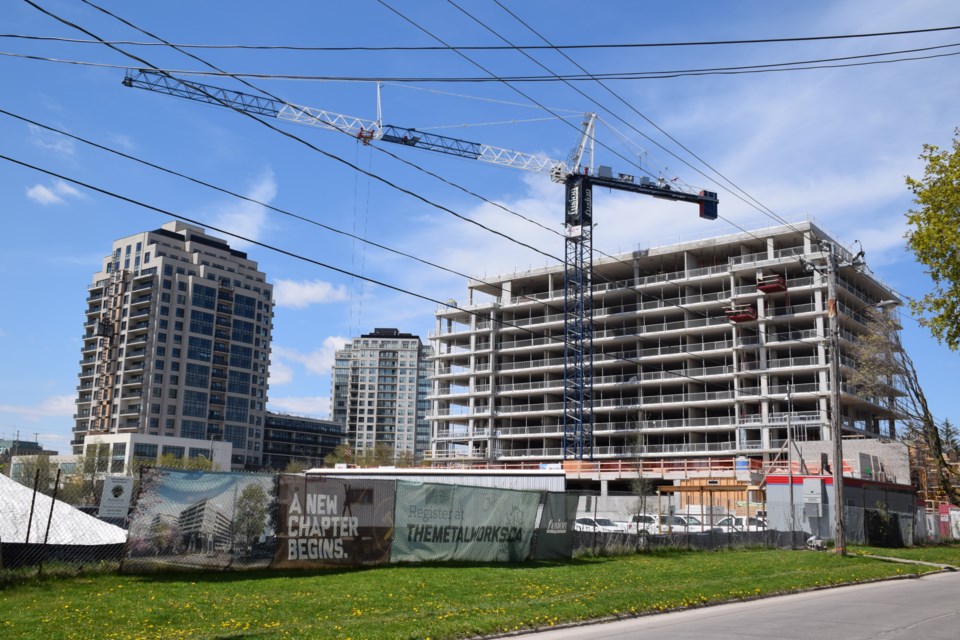 The signs of Guelph's growth have been obvious in recent years. The Guelph CMA is among seven in Canada with accelerated growth.

The steady growth of the Guelph and area population may seem obvious to anyone living in or visiting the city.

In recent years there has been more traffic, rapidly expanding subdivisions, in-fill projects towering many floors over the downtown. Now, that recent rapid growth is official.

The Guelph census metropolitan area is one of seven CMAs in Canada to experience accelerated growth between 2011 and 2016, according to new data release Wednesday by Statistics Canada. That means the rate of growth is higher in the latest census period than it was in the last.

Since the last census period population growth in these seven CMAs was about two or more percentage points higher.

Guelph joined St. Catharines-Niagara and Windsor among Ontario CMAs with accelerated growth. Alberta cities Calgary and Edmonton, Regina, Sask., and Victoria, B.C. were among the other seven CMAs.

Statistics Canada’s released its 2016 population census data on Wednesday. The count of the nations population found it exceeded the 35 million mark in 2016, standing now at 35,151,728 people living in Canada as of May 10, 2016, which was census day. More census data will be forthcoming as 2017 progresses.

According to Statistics Canada, the country’s population is now 10 times higher than it was in 1871, when the first census after Confederation took place, recording 3.5 million. The population rose to 20 million by the time Canada was 100 years old in 1967.

About two-thirds of Canada's population growth from 2011 to 2016 was the result of migratory increases, the difference between the number of immigrants and emigrants. Immigration is expected to account for the majority of the country’s population growth for years to come.

Natural increases, the difference between the number of births and deaths, accounted for the remaining one-third.

The population of the country actually grew at a slightly lower rate between 2011-2016 than it had between 2006-2011 – five per cent compared to nearly six per cent during the previous census period.

Canada had the highest population growth among G7 nations at one per cent per year. The country’s average annual population growth rate from 2011 to 2016 was the eighth highest among G20 countries, behind Saudi Arabia, Turkey, South Africa, Australia, Mexico, Indonesia and India.

The highest rates of population growth in Canada during the census period were in the west. The fastest rates of growth were recorded in Alberta (11.6 per cent), Saskatchewan (6.3 per cent) and Manitoba (5.8 per cent).