BEYOND LOCAL: Can your boss read your emails? What to know about workplace privacy

The blurring of workers’ home lives and office lives also means that employers have to change their expectations, experts say
Jan 8, 2020 8:55 PM By: Global News 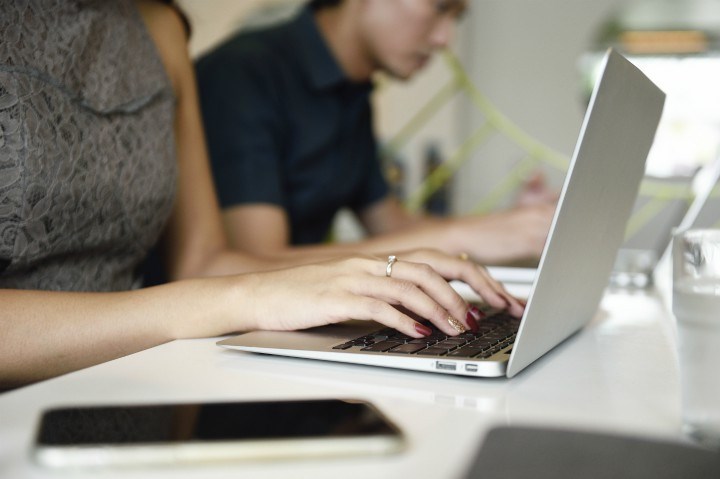 Many of us are plugged into office-provided technology, including laptops and even smartphones meant for work.

But the temptation to use work platforms to communicate with friends, or to read and watch content that has nothing to do with your job, could lead to consequences.

Sending a funny video to a co-worker on a messaging platform like Slack, or using an office phone to download a dating app may seem innocuous, but you could be reprimanded depending on your employer’s policies, says Natasha Tusikov, a criminology professor at York University in Toronto.

“Remember that someone’s always tracking you,” said Tusikov, who specializes in technology and privacy.

“So for sensitive or kind of salacious discussions, have them in person.”

The use of social technologies in the workplace has become commonplace in recent years, with 72 per cent of companies implementing these platforms, according to a 2012 study by the McKinsey Global Institute research firm.

Along with Slack, G-suite applications like Google Hangouts and Google Documents create other seemingly informal channels for employees to chat, and are set to grow by 70 per cent in the next two years.

Moving casual chatter between team members from the lunchroom to platforms to which a boss could have access is something for workers to keep in mind, explained Tusikov.

However, it’s probably unlikely that your employer wants to dive into your social media or instant messages that’s essentially water-cooler chat, she said.

“Very few people actually have the real keen interest to go through everyone’s communications and to snoop,” she said. “But it’s also really important to take a look at the terms.”

In Canada, employers have to have a reasonable cause before they scour their workers’ computers, said Emma Phillips, a labour and employment lawyer in Toronto.

She says your boss might have to prove that they suspect you’re doing something illegal or violating workplace policies before they can have access to your data.

“It can’t be an unjustified intrusion on employee privacy,” she said, adding that unionized workplaces have much more protections in place for employees.

A 2012 Supreme Court decision changed how privacy was perceived in the workplace, as the top court found that employees are entitled to expect a degree of confidentiality even if they are on an office device.

Before this landmark decision, if your workplace owned the device, you could expect it to be searched at any time, said Phillips.

But that doesn’t mean you can run wild with the devices, as companies have clear policies stating you can’t use the device for personal reasons, she added. If they believe you’re watching Netflix all day on a work computer, they could justify a search.

But many employers don’t strictly enforce those policies unless it’s clearly interfering with your ability to do your work.

What’s understood in many workplaces is that if you provide employees with personal technology, it’s almost guaranteed they may use it for reasons that aren’t related to their jobs, Phillips said.

“The court has said it’s just not realistic in this day and age to think that employees are not going to use devices for incidental personal usage,” she said, “whether it’s making a medical appointment, or checking your internet banking or contacting your spouse.”

The blurring of workers’ home lives and office lives also means that employers have to change their expectations, said Phillips.

A 2017 report by Statistics Canada found that increased use of technology and time spent online is impacting work-life balance for Canadians, as taking home a work phone or laptop causes work engagement after-hours.

Answering emails when you’re in the private space of your home might mean you’re on social media at the same time, and that’s not unreasonable to expect, said Phillips.

Shifting office policies based on the nature of the software being used could also help set better boundaries on where casual employee chatter is allowed, said Andrew Clement, a professor emeritus in the faculty of information at the University of Toronto.

New workplace guidelines may have to be created as more workplaces rely on collaborative social messaging tools like Slack, he said. “Team collaborative applications” are now a $3.5-billion dollar industry, according to research firm IDC.

“Chit-chat in the lunchroom, around the water cooler or at the photocopier … there’s a lot of informal communication within organizations like that,” said Clement.

“It’s an essential part of our organizational life and it should not be presumed that that is corporate communication.”

If that personal communication is now carried out on Slack or Facebook instead, or on a texting application between employees, there should be a reasonable expectation that those conversations are private, he said, just as a team discussion at lunch might be.

“With electronic media, we don’t have the same markers as we do in the physical world, like a meeting room,” he said.

“We need to then be more explicit about building those in.”

Expecting that some Slack channels be private, he said, is one way to address the issue. “It’s indicating … whether it’s corporate or not,” he said.

“There’s a bit of an expectation of a right to privacy that needs to be respected,” he said.

CANADA: Airlines demand 'concrete plan' for financial aid following throne speech
Sep 24, 2020 12:42 PM
Comments
We welcome your feedback and encourage you to share your thoughts. We ask that you be respectful of others and their points of view, refrain from personal attacks and stay on topic. To learn about our commenting policies and how we moderate, please read our Community Guidelines.