BEYOND LOCAL: The complexity behind children's lies

A study found that asking young children aged three to four years to look at themselves in a mirror while asking them about a potential misdeed significantly increased their truth-telling
Dec 6, 2019 8:55 PM By: The Conversation 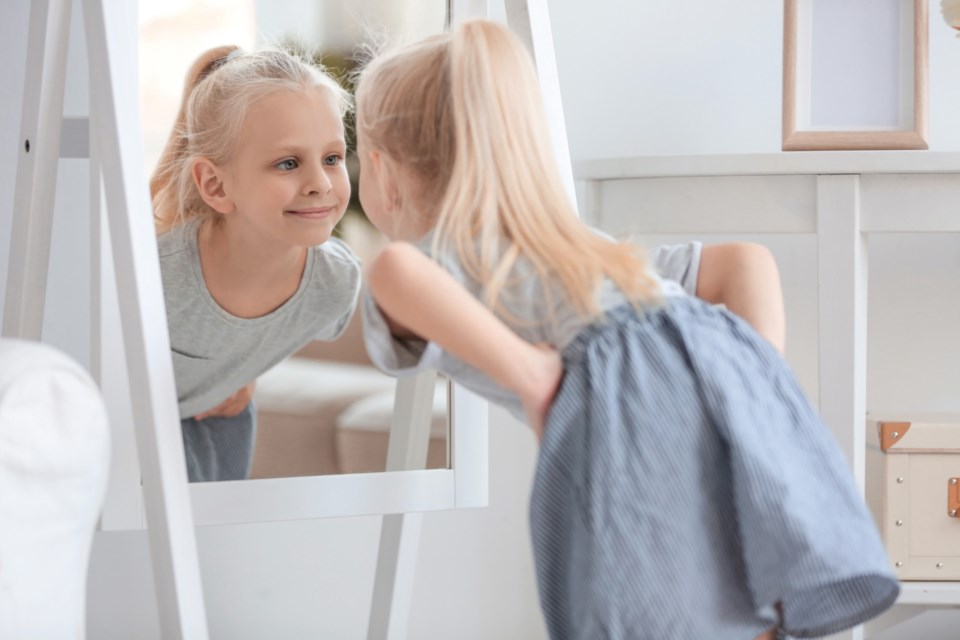 Parents are often concerned when they observe their child telling lies.

However, lie-telling can give us a window into understanding children’s social and cognitive development.

Our research team in the Social-Cognitive Development Lab at Brock University is exploring how telling lies, in a variety of contexts, is a sign of children’s cognitive development and their exploration of our social world.

The development of lying

Developmental psychologists have been examining lying for several decades, uncovering that lie-telling appears around two years of age. However, it is not until about four years of age when the majority of children will lie to conceal a misdeed, and this high rate of lying persists throughout childhood.

And the lies don’t stop there. Evelyne Debey, a professor at Ghent University in Belgium, and her colleagues asked community members between six and 77 years of age about their daily lying. Interestingly, they found that although all age groups reported telling lies, lying followed an inverted U-shaped pattern. Lies increased throughout childhood, peaked in adolescence and decreased (but did not disappear) throughout adulthood.

But how does this ability to lie develop? What happens during the preschool years that helps children to tell their first lies?

Lying may seem like a simple act, but a successful lie requires a great deal of cognitive skill. To tell a lie, a child must first understand that other people can have different beliefs and knowledge than they do and that these beliefs can be false.

The spike in lying around age four occurs right around the time that children begin to master the ability to think about others’ false beliefs. This ability has been found to be related to an increase in children’s lying.

Once children understand that they can instil a false belief by telling a lie, they then need to use their inhibition skills to prevent themselves from blurting out the truth, and their memory to keep track of the truth and the lies they have told.

For example, our lab director, Angela Evans, and Kang Lee, a professor at the University of Toronto, examined young children’s lying and cognitive development. They found that children with greater performance on cognitive tasks such as inhibition and memory were more likely to lie. They also demonstrated that these cognitive skills remain important for maintaining a lie throughout adolescence.

Although children’s lies can be guided, in part, by their advancing cognitive skills, our research suggests that lying is often also motivated by social factors.

Having siblings allows for playing that can encourage and normalize cheating behaviours. Being an older sibling allows children the opportunity to potentially manipulate their younger, less cognitively advanced, siblings.

Given that telling lies is a common and normative part of children’s emerging social lives, having siblings may simply provide children with an additional environment to explore their developing ability to lie. But keep in mind that siblings can also enhance prosocial behaviours and certain cognitive skills.

Once children start to lie, parents are tasked with socializing their children around the norms and social expectations of honesty. Many parents wonder if there are strategies for promoting their child’s truth-telling. Psychological researchers have been investigating this very question and have discovered several techniques.

One technique that some parents have tried is reading moral stories such as The Boy Who Cried Wolf to their children to emphasize the importance of honesty.

However, researchers have found that reading moral stories that emphasize the consequences of lying actually have no effect on honesty; but, stories that praise truth-telling have been found to successfully improve children’s honesty.

Another simple technique is to ask children to promise to tell the truth. This has been found to be most effective with children from five years of age through adolescence.

But what about techniques for young children? A study in our lab recently found that asking young children aged three to four years to look at themselves in a mirror — thus making them self-aware — while asking them about a potential misdeed significantly increased truth-telling rates.

Although lying begins at an early age, little is known about the lying patterns of those living at the other end of the lifespan: older adults.

Given Canada’s rapidly growing population of older adults, this is a timely and necessary research area to explore. Over the next five years, our lab will be examining this area.

We will measure the frequency and types of lies told across adulthood and how these lies may change with age. We will also assess how lying may be related to cognitive and social factors into older adulthood. For example, if older adults tend to lie about health issues, researchers can test ways to promote honest communication surrounding one’s health needs.

Tune back in to see what developmental psychologists have to say about the trajectory of lying across the lifespan.

BEYOND LOCAL: Could Canada benefit from a carbon budget?
Sep 29, 2020 8:55 PM
Comments
We welcome your feedback and encourage you to share your thoughts. We ask that you be respectful of others and their points of view, refrain from personal attacks and stay on topic. To learn about our commenting policies and how we moderate, please read our Community Guidelines.