BEYOND LOCAL: Type 2 diabetes may be preventable, but why isn’t Type 1?

Today is World Diabetes Day, and this year, the International Diabetes Federation wants to raise awareness of the disease's warning signs
Nov 14, 2019 8:55 PM By: Global News 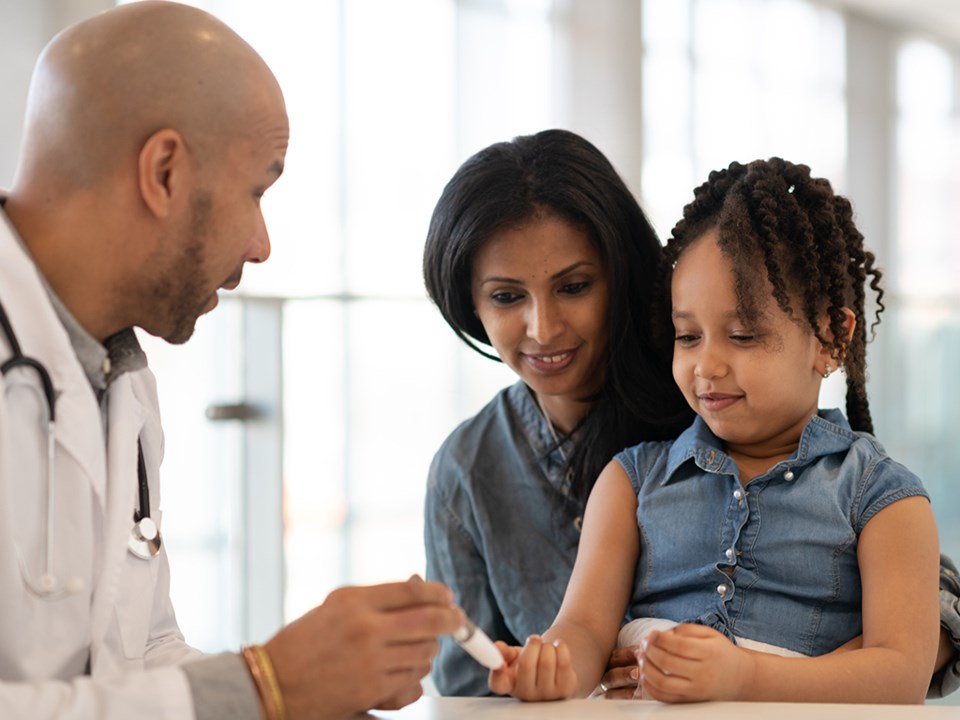 Around one in three Canadians have diabetes or prediabetes, yet many remain in the dark when it comes to awareness and prevention.

Roughly 2.3 million Canadians aged 12 and older have diabetes, according to the latest government data, with Type 2 accounting for 90 to 95 per cent of diabetes cases.

Nov. 14 is World Diabetes Day, and this year, the International Diabetes Federation (IDF) wants to raise awareness of the disease’s warning signs.

According to the federation, one in two people currently living with diabetes is undiagnosed, with the vast majority having Type 2.

This is a huge problem because diabetes can cause serious health consequences — even death — if left untreated. In 2016, an estimated 1.6 million deaths were directly caused by diabetes, the World Health Organization noted.

“Studies show that very few Canadians who don’t have a personal connection to [diabetes] don’t consider it to be a serious disease,” said Kimberley Hanson, the executive director of federal affairs at Diabetes Canada.

“If more Canadians understood how serious diabetes can be, and yet how much power each of us have as individuals to protect against developing diabetes or complications, I think that we would all be acting differently as a society.”

Difference between Type 1 and Type 2

Diabetes is a chronic disease in which the body either can’t produce insulin, or can’t properly use the insulin it produces, Diabetes Canada reported.

The body needs insulin to regulate the amount of sugar in the blood in order to function properly. Too much blood sugar can damage organs, blood vessels and nerves.

Type 1 is an autoimmune condition in which the body is unable to produce insulin, Hanson says, and it is neither preventable nor curable.

“For reasons that we don’t understand fully, the body’s immune system starts to recognize the cells in our body that produce insulin as foreign, and kills them,” Hanson said.

“Insulin is a hormone that we need… so people with Type 1 have to take insulin by injection or infusion every day for the rest of their lives or they die.”

Type 2 diabetes, on the other hand, is when a person is either not making enough insulin, or they’re not able to use the insulin they do make effectively, Hanson said.

Unlike Type 1, Type 2 can often be managed or put into remission through changes in diet and lifestyle. Insulin is not always required for Type 2.

Symptoms and how to manage diabetes

It’s important people are aware of the warning signs and symptoms of diabetes, experts added.

Symptoms of diabetes include unusual thirst, frequent urination, change in weight, extreme fatigue, frequent or recurring infections, blurred vision and cuts and bruises that are slow to heal.

Because Type 1 is not preventable, its onset is more sudden than Type 2, which is usually more gradual Hanson said. If you suspect Type 1, seek medical attention immediately.

“Type 1 often presents quite acutely. In fact, about 35 per cent of people present Type 1 in a diabetic crisis,” Hanson said.

“Whereas the onset of Type 2 is really gradual. Because of that, we estimate that a million people have diabetes today and don’t know it.”

For Canadians living with Type 1, insulin is vital and the only medically recognized way to treat the disease, said Dr. Harpreet Bajaj, the principal investigator of the Canadian Diabetes Prevention Program.

That being said, people with Type 1 should also engage in healthy lifestyle habits, like eating well and exercising, to help manage blood sugars.

For people who have Type 2 diabetes, Bajaj says a combined treatment approach is best.

“Treatment is like a three-legged stool,” he said. “Diet and exercise is one leg. Testing [blood sugar] regularly is the second leg… Then the third leg is medications.”

Diabetes medications depend on the person and their overall health, age, and condition, Bajaj said. People with Type 2 may also take insulin.

A healthy diet and regular exercise is also very important for Type 2 diabetes management as well as for overall health, Bajaj said.

“Type 2 diabetes is a progressive disease,” he said.

“It starts off where you can control the sugars easily with diet, exercise and maybe a few pills, but then it worsens over time. So that step of diet and exercise, if we use it with people at risk or at the prediabetes stage rather than waiting until somebody develops diabetes, then we can avoid or minimize effects.”

Hanson says many Canadians underestimate the seriousness of diabetes, pointing to a recent Ipsos survey on the disease.

The survey found that while seven in 10 Canadians agree diabetes is on the rise in Canada, people greatly underestimate the chance of someone who is 20 today being diagnosed with diabetes in their lifetime.

This outcome has 50/50 odds, Diabetes Canada says, but only 5 per cent of Canadians believe people have a 50 per cent or greater chance of developing the disease.

Education is key, Bajaj says, in reducing the risk of people developing Type 2 diabetes. He encourages Canadians to take an online quiz to see if they’re at risk.

“They can find out that they are at a low, moderate, or high risk for developing Type 2 diabetes, so that at least is a first step,” he said.

“If they are moderate or high risk, or if they have prediabetes, then it’s best to seek advice from public health officials, family doctors, or community education programs.”

Bajaj also says the Canadian Diabetes Prevention Program is a great resource for people interested in learning more and reducing their risk of Type 2.

ONTARIO: Province's Ministry of Education cuts ties with WE, says will investigate contracts
Aug 4, 2020 7:00 AM
Comments
We welcome your feedback and encourage you to share your thoughts. We ask that you be respectful of others and their points of view, refrain from personal attacks and stay on topic. To learn about our commenting policies and how we moderate, please read our Community Guidelines.