Enough of the tired arguments against supportive housing

This week's Market Squared makes the case that the arguments against supportive housing make as much sense as licking beer off the floor
Feb 6, 2021 12:00 PM By: Adam A. Donaldson 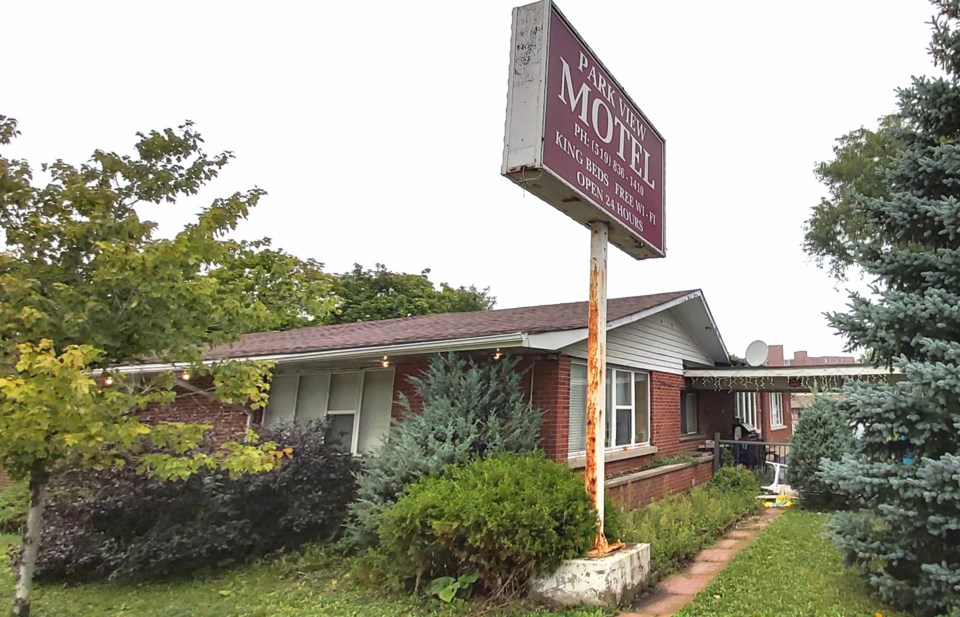 My sister is a manager at an area big box store, but to protect the innocent let’s call it 'Ball-Mart.'

Anyway, she was working one evening, and it was the time of day when most of the staff on call are young people. One such young person was working in the grocery department, and he came to my sister to tell her that someone had spilled beer in the aisle.

So why not just grab a mop and clean it? Apparently, dealing with beer, in any circumstance, at 'Wal-Sort' requires that you must be of legal drinking age. Whether you’re cleaning up spilled beer, or taking beer from the service desk and putting it back on the shelf, you have to be 19 years of age or more.

You know teens, they see a bit of beer on the dirty floor and they’ll just dive in and start licking it up!

I thought about that while scrolling through the correspondences for Monday’s planning meeting on the proposed zoning bylaw amendment that might transform the Parkview Motel into 32 rooms of supportive housing.

To recap, the Drop In Centre has a plan to turn the motel into permanent homes for over 30 people in need. Not only will they get a roof over their heads, but they will have staff available 24/7 to assist them in whatever the circumstances that led to their homelessness whether that’s drug addiction, mental health issues or something else.

Obviously, not everyone is for the concept, and the stigma is still strong in some portions of our community.

Consider the one letter that says this is the wrong place to build supportive housing because there’s a beer store across the street and a commercial cannabis store a short walk away.

Another letter points out that Riverside Park, a playground and a carousel are “mere meters away” while the historic Woodlawn Cemetery nearby is a “great place for ‘hanging out’.”

The implication here is that people who take part in a supportive recovery program will fall into old habits immediately just by getting within the sightline of any business that sells a controlled substance, like the kid at “Wal-Sort” that will drink beer off the floor if they think no one’s looking.

“The idea that this vulnerable population (seniors) can coexist with drug addicts is ludicrous,” reads another correspondence. “People will be afraid to step outside their doors.”

Here we see that the last several years of the opioid epidemic have had no sway on the popular image of people with addiction issues as filthy creatures, degenerate and barely human, acting only on instinct and the desire for their next fix.

The truth is that someone affected by drug addiction may be your neighbour’s son or daughter, a person addled by mental health issues might be your co-worker’s brother or sister. These are people with a disease, and despite more conventional understanding of addiction as a disease, too many of us are reticent to help people if it means helping them in our neighbourhood.

Consider it this way: how many doctor’s offices are based in old homes in mostly residential neighbourhoods? How about dentists’ offices? Would you say a dentist’s office has no place across the road from a convenience store because someone who just got their cavities filled can walk over there to buy more candy and soda that will just create more cavities?

Those people just can’t help themselves, you know?

A 2012 report published by Homeless Hub cited research that shows one homeless person costs the system $55,000 per year when you consider the price of shelters, prisons, and emergency medicine and treatment. At the same time, the cost of providing adequate shelter and support is $37,000 per year.

One hates to distill assistance to human beings down to crass economics, but if that’s what we’ve got to do to get people help then by all means: It’s cheaper to give people a home than to pretend there’s some magical day when they’ll pull themselves up by their bootstraps if they live miserably enough.

So we have a choice, do we decide to help people that want it and need it, or are we going to keep pretending that they’ll lick the beer off the floor?